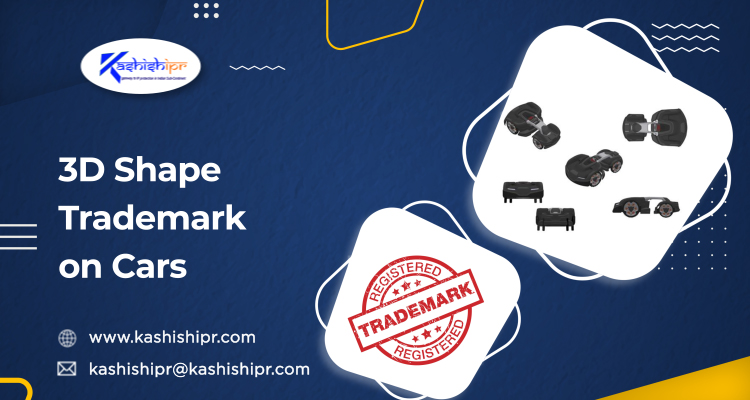 Trademarks indicate the origin of a product. While they commonly consist of a brand name or logo, the shape of a product may also be an indication of its origin. However, shape marks are not easy to register. For being registered as a trademark, the 3D shape of a product must be shown to have an inherent or acquired distinctive character. In simple terms, the shape must be highly recognizable, noticeably distinct from other products in the market, and offer a clear indication of the origin of the product.

A 3D shape cannot be registered as a trademark if the shape:

Provided these objections can be overcome, a 3D shape can be an extremely valuable asset for an individual or company.

Jaguar Land Rover Limited (‘JLR’) applied to register six 3D shape trademarks before the UK Intellectual Property Office (‘UKIPO’) for its Land Rover Series 1, Series 2, Defender 90, and 110 Models (6 Applications). The six Trademark Applications were filed for a range of goods and services in Classes 9, 12, 14, 28, and 37, including vehicles and parts for vehicles, toy and model vehicles, vehicle maintenance, repair, and customization services. The High Court dismissed an appeal from JLR after its trademark applications were refused by the UKIPO. The High Court upheld the UKIPO’s decision – that while the shape may seem significant and distinct to automobile enthusiasts, it “may be unimportant, or may not even register, with average consumers.”

The emphasis of the case was whether the design of the Defender had “inherent or acquired distinctiveness.” In determining the ‘distinctiveness’ of the shapes, the Court considered how they were promoted alongside Land Rover and Defender names, and also the fact that other manufacturers had sold similar vehicles in the UK based on the shape of the Defender without causing any confusion. Despite survey evidence and testimony from industry experts, JLR was unable to demonstrate to the satisfaction of the Court that the shapes had acquired distinctiveness.

Representation of the shape marks is shown below: 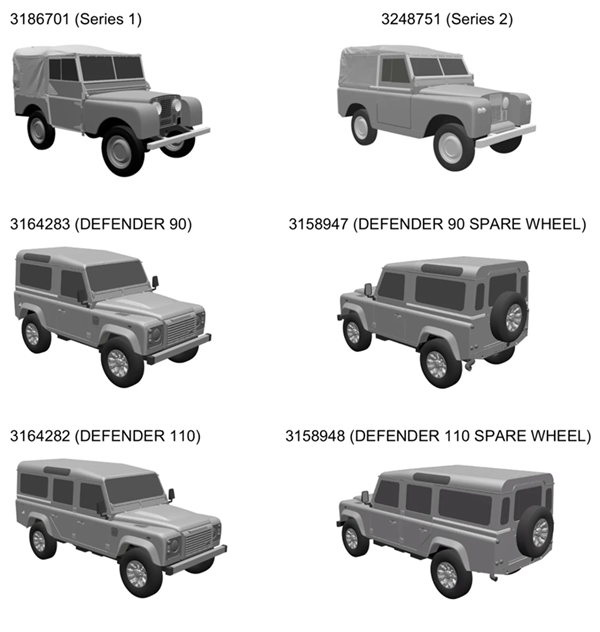 Ferrari’s 250 GTO was a limited edition car produced exclusively between 1962 and 1964. Even though the last 250 GTO models were produced in the 60s, Ferrari had only registered a 250 GTO trademark with the European Union Intellectual Property Office (‘EUIPO’) in 2008. The trademark was registered for a 3D shape of 250 GTO in three classes: Class 12 (Vehicles), Class 25 (Clothing), and Class 28 (Games and playthings). 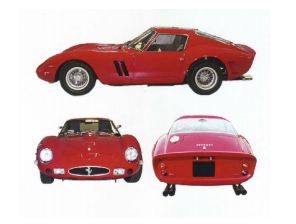 Another car company, ARES Design, announced its plans to bring a modern take on the classic 250 GTO model in 2018. Ferrari retaliated by filing a preliminary injunction; in turn, ARES Design initiated proceedings with EUIPO for the cancellation of the GTO 250 trademark. ARES Design argued that Ferrari had filed the trademark application in bad faith and that Ferrari had not used the trademark for at least five years. Even though Ferrari argued that due to the exclusivity of GTO 250, occasional sale of products, spare parts, or related maintenance in question should fulfill the use requirement, the EUIPO Cancellation Division identified with the argument of ARES Design and ruled that the Trademark Registration of Ferrari’s GTO 250 is partially revoked in its 12 (Vehicles) and 25 (Clothing) classes, as no use of the mark or proper reasons for non-use was demonstrated concerning these classes in the last five years. The use of the GTO 250 trademark has been demonstrated concerning class 28 (Games and playthings); hence, Ferrari’s trademark to this class remains in force.

Thus, a significant element of ensuring that your 3D shape trademark on a car is protected is its ‘use.’

The European Trademark Registry granted legal protection to the shape of the Morgan sports car built in the UK. No other manufacturer or replica company can copy the shape without risking being taken to court. Morgan is believed to be the only car shape accepted by the Alicante, Spain-based registry as qualifying for legal protection under the EU Trademark Law. The protection only applies in the UK. Registration took two years. The car is designed to define the Morgan shape for the future while retaining the traditional relationship among the swept-back S-wings, the grille, and the long hood.

When we talk about 3D shape trademark applications, there are more chances of the shape being granted registration if it constitutes a “significant departure from the norms or customs of the sector.” In this regard, mere elements and/or aspects of uniqueness or originality might not be enough since it is the overall shape of the mark that will be considered relevant.

Regrettably, the concept of substantial value remains somewhat unclear. It is uncertain whether this valuation should take into account or ignore the fact that consumers will identify the shape. The same raises uncertainty as to whether well-known brands that have spent a lot of time and money in creating brand recognition will be risking their capability to seek Trademark Protection for a known product if its appeal is only due to its ‘iconic’ shape or status in the mind of consumers. Hopefully, it will not be long before the ground of ‘substantial value’ will be argued in the court and possibly make it easier for 3D shape trademarks on cars to be registered. ✅ For more visit: https://www.kashishipr.com/