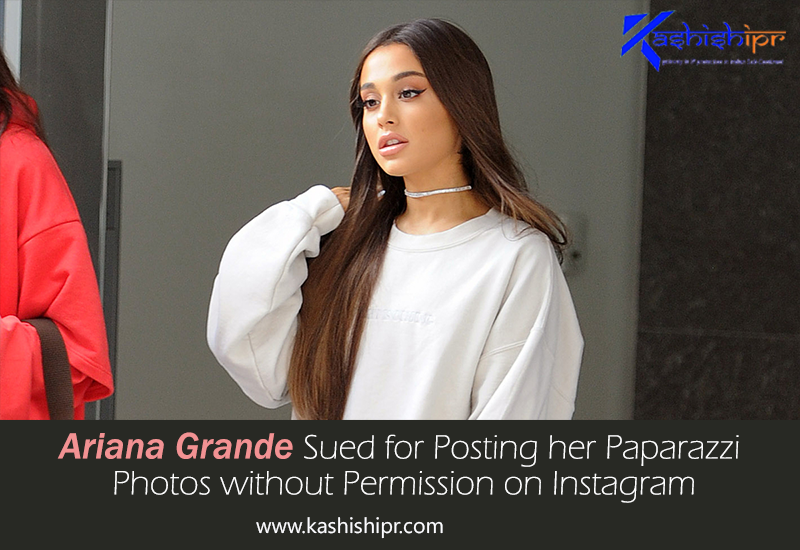 Ariana Grande, an American singer, songwriter, and actress are being sued by a New York-based paparazzi photographer, Robert Barbera, for copyright infringement. In the documents filed at the U.S. District Court for the Southern District of New York, the professional photographer, Robert has claimed that the singer has posted the pictures which he had taken to her Instagram account without licensing.

Although the Instagram post under consideration has been deleted, still it was disclosed in the court documents as the screenshot of the photo was provided as evidence to the court. The actor had posted two photos on her Instagram account this summer to promote the release of her “Sweetener” album without the consent and authorization of Robert.

The Lawsuit has stated that “Barbera is the author of the photographs and has at all times been the sole owner of all right, title and interest in and to the photographs, including the copyright thereto.” The court has also admitted that Grande has infringed Barbera’s copyright in the photographs by publicly displaying the pictures on her Instagram account without any license.

Kim Kardashian West, Jennifer Lopez, 50 Cent, and Jessica Simpson are among the several other celebrities who have also been affected and accused in recent times for violating the copyright law by posting unauthorized pictures of themselves on various social media platforms.

The plaintiff is now seeking for a monetary sum corresponding to the copyright infringement by demanding either $25,000 for each picture or the profits generated as a result of posting the pictures among her 154+ million followers on Instagram. For more visit: http://kashishipr.com/