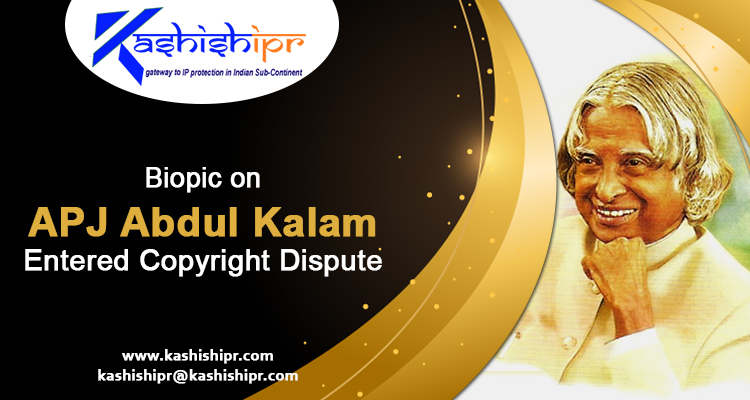 With the recent release of the first look of APJ Abdul Kalam’s biopic, helmed by Jagadeesh Daneti in association with Hollywood stunt choreographer Johnny Martin, the biopic on the late president’s life run into a Copyright storm. The issue broke out this week when the first look for Jagadeesh Daneti’s biographical film on Dr. Kalam was unveiled (announced) and made official by the Union Information and Broadcasting Minister Prakash Javadekar.

Following Daneti’s announcement, Abhishek Aggarwal on social media claimed that ‘all the rights’ to make a biopic on the former president lie with him. He had obtained all the needed permissions from Kalam Ji’s family itself. He wrote that as a vital part of their next project, i.e., the biopic on Dr. Abdul Kalam, they own all the necessary and official rights even for making films, documentaries, and posters associated with his life in any language.

Aggarwal also stated that Dr. Abdul Kalam Foundation has officially provided the production house with the rights required for making the biopic. What the Abdul Kalam Foundation officially tweeted? It has tweeted ‘Given rights to @AbhishekOfficl of @AAArtsOfficl for making a biopic of @APJAbdulKalam. He has obtained all the official rights for making film or documentary or even posters related to Kalam Ji’s life in all languages, and taking references of such data Acts will be strictly dealt according to the law.’

According to Aggarwal, an official tweet is not less enough to prove that they have the rights for the biopic in all languages, he added.

On the other side, Daneti disputed Aggarwal’s claim by saying that he doesn’t comprehend the concept of rights as Dr.Kalam is such an inspiring personality that anyone can make a biopic on him.

Two Telugu filmmakers – Abhishek Aggarwal and Jagadeesh Daneti seem to be at loggerheads over this matter. They both claimed copyright on making a biopic on the former president of India. Reports showed that while the first look for Jagadeesh’s film was unveiled recently, Abhishek had announced his film in May 2019. However, both the filmmakers have kept their points, but who would win the battle is yet to be seen. For more visit: https://www.kashishipr.com/