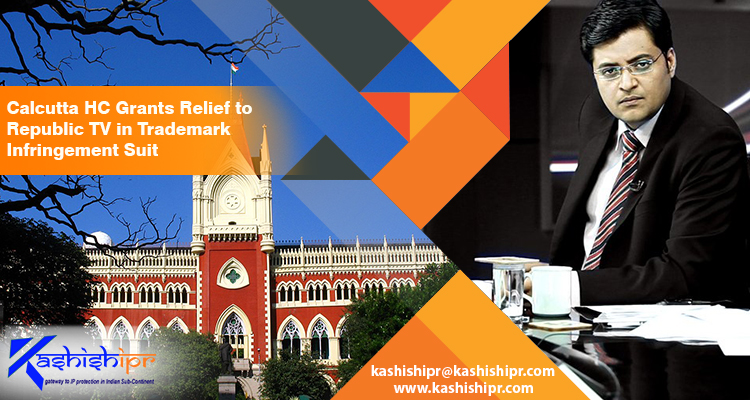 The Trademark Infringement suit had been filed against Shailputri Media Pvt. Ltd. (defendant) running an internet portal under the domain name ‘www.republichindi.com,’ obtained on May 6, 2017, the same day on which Goswami’s Republic TV was launched.

The plaintiff told the HC that even before May 2017 launch, Republic TV was advertised on a nation-wide basis for many preceding months. Moreover, the trademark for ‘Republic’ was received on November 20, 2016.

On the other hand, the defendant argued that the name of ‘Republic Hindi’ was conceptualized and implemented by itself. It was also argued that the plaintiff was looking for monopolizing the use of the term ‘Republic,’ even though it was a generic term with nothing distinctive in it. To strengthen this argument, the defendant also made reference to other media outlets using the word ‘Republic’ in their brand names, like the News Republic, online Republic Malayalam, online Republic – Tamil, and news republic India. The defendant continued by saying that the plaintiff doesn’t possess any right over the term ‘Republic’ and thus could not restrain anyone from using the same. Further, it was claimed that the defendant’s Republic Hindi portal had also been launched on May 6, 2017. Hence, the company could not have had any prior information regarding the plaintiff’s channel, which was also launched on the same day. The defendant then said that the domain name ‘www.republichindi.com’ was a reliable, concurrent, and bonafide adoption.

The Court observed the similarities between the logo of the Republic TV and the Republic Hindi, even though the two operated on different modes of media. It said that while the defendant’s claim regarding bonafide adoption of its domain name needs consideration, there’s nothing on record to clarify that it had conceptualized ‘Republic Hindi.’

The Court also observed the advertisements of March and April 2017, which show that the plaintiff had started using the mark many months before the defendant. It means the public at large was already made aware that the plaintiff would launch a TV channel under the name and logo of the ‘Republic TV,’ much before the defendant purchased the domain name ‘www.republichindi.com.’

Given all these facts and observations, the HC disposed on the plea by saying it found that the manner in which the term ‘Republic Hindi’ is being used by the defendant, the mark appears deceptively similar to that used by the plaintiff. Hence, in such circumstances, there would be an order in terms to provide relief to the plaintiff.

The plaintiff ARG in this matter was led before the HC by Senior Counsel Ranjan Bachawat and Advocate Rajarshi Dutta. While, the respondent was represented by Advocates Sayan Roy Chowdhury, Rudraman Bhattacharyya, Shuvasish Sengupta, etc. For more visit: https://www.kashishipr.com/