Can Trademark Protection be Extended to Cryptocurrency? 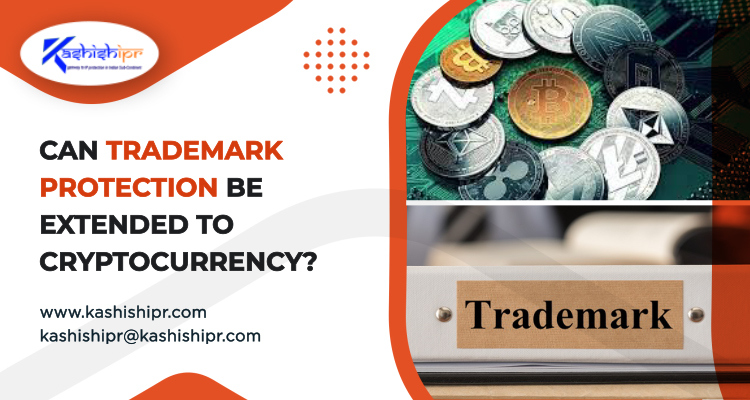 Cryptocurrency has been subjected to constant attention in the past few years for its revolutionary nature. The presence of cryptocurrency is constantly growing, and therefore, it needs the law to transform along with it to address its administration and execution. Several courts have had trouble in applying substantive Trademark Law to this field of technology. It may also be a proactive threat to trademark owners; thus, this article delves into the question of whether or not a name or logo of a cryptocurrency can function as a legitimate trademark.

Cryptocurrency is a virtual currency that utilizes cryptography for security along with a decentralized ledger to record transactions. Unlike a physical bill or coin issued by the government, it exists only in a digital medium. It is represented in a computer code that can be programmed to embrace a variety of different rights and obligations to perform different functions other than acting primarily as a mode of payment or exchange only. It can be used to provide digital access to a good, an application, or a service, while it also represents interests in real-world assets.

Also, unlike the conventional currency, cryptocurrency is not centrally created and distributed. Instead, it is a network of computers, which maintains a digital record of transactions while performing the computational work. This, in turn, is rewarded with the newly created cryptocurrency. 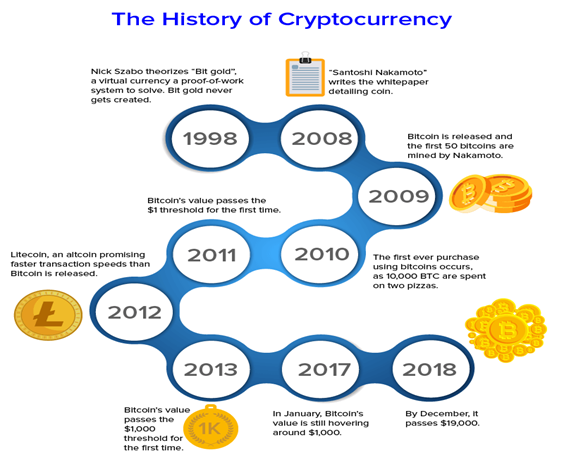 In the age of cryptocurrency, the first move was advanced by the introduction of Bitcoin, which was introduced in a white paper in 2008, and then it came to be launched in 2009. Since then, there have been more than 2500 cryptocurrencies. A few commonly known cryptocurrencies are Ethereum, Litecoin, Ripple, Zcash, Dash, and Monero – all of which have distinct trademarks.

Can Cryptocurrencies be Protected under the Trademark Law?

Therefore, for bringing cryptocurrency within the ambit of any trademark legislation, a few questions have to be answered in the affirmative:

The question to the first answer may be subjective. Let us consider the case of Alibaba Grp. Holding Ltd. vs. Alibabacoin Foundation, where the Federal District Court held that a cryptocurrency could be considered as a good capable of bearing its own trademark. However, it is pertinent to note that where cryptocurrency is used for the like purpose of traditional currency, it may not be regarded as a good or service as it will act only as a medium of exchange for the value it holds. If the same is used for a rather specific purpose other than what currency can provide for, it may function as a good or service.

Where it is determined that a particular form of cryptocurrency is capable of being accounted as a good or service, the answer to the next two questions may be considered. Where the cryptocurrency helps identify the single source from which it emanates by associating to a particular symbol, logo, or name, it can function as a trademark. Bitcoin is an example of a decentralized cryptocurrency, which does not emanate from a single source; therefore, it may not qualify as a trademark. However, where a currency is centralized, the chances of it being considered as a trademark may increase since it is originated and distributed by a single known source. 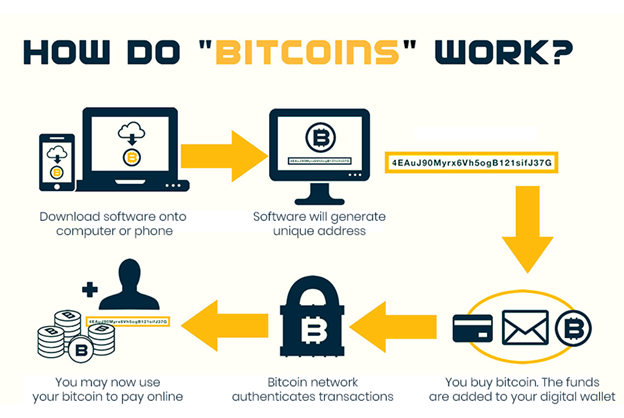 Furthermore, to be able to create a distinct image in the mind of the ordinary consuming public, it should not be generic to the category of goods or services being pursued. It is for this reason that in the case of Telegram Messenger Inc. vs. Lantah LLC, the US District Court restricted the defendants from using the term ‘gram’ for their cryptocurrency brand since it was similar to the plaintiff’s trademark of the ‘Gram’ wordmark and icon. Consider, for example, if the identity of the cryptocurrency is conceived in the minds of the consuming public in terms of only the type of cryptocurrency that can be used to buy real estate in Australia (a fictional ‘AusieCoin’), then in that case, instead of identifying the source of the company distributing the ‘AusieCoin,’ it may be at risk of being deemed the generic name of that type of digital currency. Therefore, terms like Bitcoin have been identified as a generic mark by the USPTO (US Patent and Trademark Office). However, since this is up for subjective analysis, some countries have registered ‘Bitcoin’ as a legitimate trademark, like the United Kingdom Patent Office (TM No. UK00003279106) and the Spanish Patent and Trademark Office (Trademark Number: M4046141).

Cryptocurrency has taken diverse forms due to its tendency to evolve. Ever since bitcoins were introduced, newer versions have been witnessed like that in the form of ‘alt-coins,’ which are alternatives of varying degrees and can take up various other forms. The realm of cryptocurrency gets far more complicated with new generation blockchains like Neo and Ethereum. Since cryptocurrency is diverse and it is difficult to exercise control over it, no individual or entity can claim ownership or responsibility; hence, there appears to be a meager possibility to protect any Intellectual Property Rights (IPRs) in community-based blockchains.

A few Examples of Registered Cryptocurrency

Disadvantage of not Attributing Trademark Protection to Cryptocurrency

The ramifications of not attributing trademark ownership could lead to multiple issues arising from the unsound use of such technology. Consider an example of an ordinary consumer surfing the internet who is intrigued about cryptocurrency and wishes to buy the same. After considering the option of buying the bitcoins, he finally decides to buy them from a person who is extensively promoting the sale of such currency while acting as a fraudulent investor. Since the said cryptocurrency is not owned and protected under the trademark law, the proprietor cannot withhold anyone acting in such fraudulent capacity to undo the harm to the reputation of the brand of cryptocurrency. 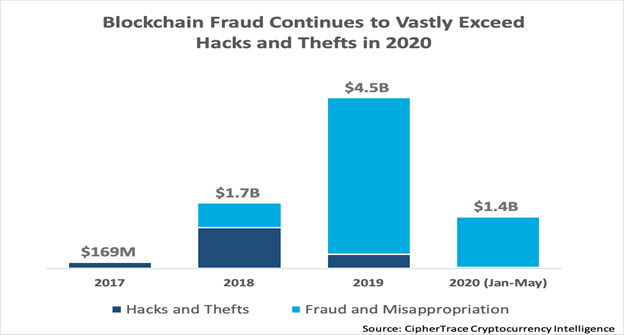 In failing to prevent the said action, the consumer may have to face difficulties that were uncalled for due to a lack of remedies that could have been resorted to. In addition to the same, terms like ‘Bitcoin’ and ‘Blockchain’ have gained much popularity, and it is easy to use such terms for other goods or services without being legally restrained. Therefore, it is imperative to determine the method of granting protection to cryptocurrencies to safeguard users from being deceived by different cryptocurrency providers and withhold the reputation of authorized providers.

Therefore, another alternative to sole proprietorship over such technologies can be found in the attribution of collective authorship to proprietors in the form of ‘collective marks.’ The same would act as a safety net against consumers being misled and also overcome the paradox of de-centralized control. However, this is also not a problem-free route as determining true ownership may be difficult to trace the origin of the proprietor of trademarks.

Many giants are willing to enter the race for cryptocurrencies like Facebook, Samsung, and Nike to provide for their cryptocurrency avenues. Therefore, as observed, the advancement of technology in the field of cryptocurrency has brought in new challenges and issues, which need to be addressed through the introduction of regulatory and legal changes.

First and foremost, it is imperative to allocate a place within the Nice Classification to cryptocurrencies and the many kinds a cryptocurrency can develop into probably. Therefore, the recognition has to come in the form of legislation to develop a new jurisprudence. Furthermore, cryptocurrencies should seek Trademark Protection in countries that offer such provision to strengthen their claim over the use of a particular mark or work or logo until a proper framework in the desired member state is established.

Lastly, seeking reformation of trademark laws may seem ambitious in countries where the cryptocurrency has been banned altogether (for instance, India) due to its adverse effects on morality and in favor of the public policy. Such countries will not afford protection from misrepresentation and deception through the actions of third parties. Therefore, such technology would have to survive the test of time for us to analyze the appropriate route that should be resorted to for addressing the adversaries arising out of the use of cryptocurrency. ✅ For more visit: https://www.kashishipr.com/