Can You Seek a Patent on Life Forms? 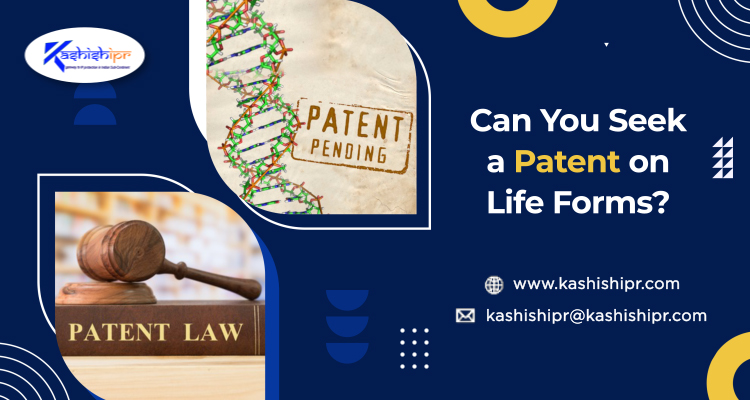 Claiming Intellectual Property Rights (IPRs) over a subject matter as debatable as life forms has created diverse opinions since the day such a claim application was first made. It is very important to assess the same, morally, ethically, and legally, in the light of accepted norms laid by the Patent Laws in different major jurisdictions.

A life form is basically a living thing that exists in nature. To seek Patent Protection on it is not possible per se since the element of the inventive step is absent, which is of the three essential pillars on which a patented invention is found (inventive step, industrial use, and novelty). However, a modified form of life may be considered a patentable subject matter.

Whether or not Patents over Life Forms should be Granted?

Two distinct groups hold beliefs that are poles apart when it comes to the issue of patenting life forms. The reason for not accepting patents readily in such a domain is that the idea of granting a patent will proffer the idea of commodification of life with a view that living beings are gene manufacturers, which can be exploited for private monopolistic interests. Furthermore, since patents work on the concept of privatization of rights, it violates the concept of sharing of communal resources and the free exchange of information for the betterment of humanity.

Also, there arise questions of obviousness and ownership rights. Many times, a patent is a result of constant trial and error. It is difficult to claim a micro-organism that exists in nature, as also stated above since it is a discovery, not an invention. Even if the organism is made by isolation involving human intervention, ownership could still violate nature. Similarly, where a human gene is separated for treatment of an ailment, it is erroneous to claim ownership. It would mean that the genes of another would bear profits to the researcher/inventor even if such invention has been conceived without prior permission of the one possessing the gene, as was seen in the case where Mr. John Moree’s spleen was removed to patent a cell line enriched in T-lymphocytes to treat cancer and AIDS.

However, others are in favor of patenting life forms by accrediting the Patent System’s capability to benefit society. It is commonly held that DNA patenting is in the interest of the public while balancing a fair reward in favor of the inventor. However, this may be a weak argument when looked at from the point of view of the third world’s genetic resources being utilized by the first world nations without accrediting the prior mentioned. However, the development of science and technology has led to an evolved perception of patentability, which is noted below about India, the US, and the European counterparts.

Evolution and Development in the USA

The issue of patenting a living form was witnessed in the most crucial case in the history of such dealing, in Diamond v. Chakraborty, which is frequently cited as an authoritative precedent even today. Chakraborty had developed a bacterium that could digest crude oil that could help in oil-spillage, which was not something naturally found in bacteria for which a Patent Application was made to the US Patent and Trademark Office (USPTO). The third claim on the living bacterium itself was rejected on the rationale that it was a product of nature and not patentable under 35 USC 101. After facing rejection from the Patent Office Board of Appeals as well, the second Appeal was made to the Court of Customs and Patent Appeals, which held that the invention is patentable. This decision changed the common ideology governing patents in the domain of life forms, as a result of which it was understood that in the USA, “everything under the sun” is patentable. Therefore, the application of biotechnology meant that living organisms could be brought within the preview of the law, thereby opening the flood-gates of such crucial inventions.

After such a decision, there came an argument to patent higher life forms. Back in the year 1988, a patent was secured on the Harvard OncoMouse, which was claimed to be “a transgenic non-human mammal all of whose germ cells and somatic cells contain a recombinant activated oncogene sequence introduced into said mammal” that could be used by scientists to test cancer treatments. By such a decision, it was established that now even animals could be brought within the purview of Patent law.

Finally, the debate landed on patenting human genes. The USPTO granted a patent on a claim, which comprised the cell line isolated after being taken from the spleen of an individual that was very valuable for producing antibacterial and cancer-fighting proteins. It marked a step towards making human cells and genetic material patentable subject matter. Therefore, the journey of the USA in the field of life forms has been very transformative.

Evolution and Development in Europe

In Europe, the first case dealing with living forms was Genentech-I dealing with a plasmid that is a micro-organism, which enabled controlling the polypeptide expressions in bacteria. 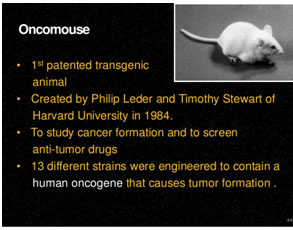 The European Patent Appeals Board held that only essentially biological processes and concomitant products are excluded under EPC, and therefore, a patent was granted on it.

Similarly, in Chiron Corporation v. Murex Diagnostics Ltd., it was held that a vaccine and a method for cultivating Hepatitis C cells were the patentable subject matter. The first attempt of seeking a patent on an animal was witnessed on the same Harvard OncoMouse. Contrary to what was observed in the United States, the EPC expressed its opposition to patenting animals as it stood against morality on the grounds narrated by Articles 53(a) and 53(b). It was quoted that “suffering to the animal is not outweighed by the substantial medical benefit to mankind or animals.” Another significant step was the Relaxin Case, which involved the patent over a human hormone involved in reproduction and a DNA sequence coding that reduces the pain of labor. The patent was granted after overlooking the ethical objections. Therefore, it is now established that although a human body cannot be a patentable subject matter, an isolated gene sequence falls within the purview of the law on patents.

Evolution and Development in India

India’s Patent Act, 1970 is in line with the Agreement on Trade-Related Aspects on Intellectual Property Rights (TRIPS). Therefore, it is authorized to seek patents for chemical processes, biochemical, biotechnological processes as well as micro-organisms, provided they are produced non-naturally through human intervention. Section 3 of the Act has also been amended in consonance with the TRIPS Agreement, which states that “micro-organisms are excluded from patentability, especially in instances that would be contrary to public order, morality, or which might cause injury or prejudice to plant or animal health or environment.” The Indian Council of Medical Research has also issued guidelines that regulate the research in human generics. In this aspect, the Indian perspective is progressive in accepting living organisms as patentable subject matter as was also held in Dimminaco A.G v. Controller of Patents and Designs and Others, where a patent was secured for the preparation of the ‘Infections Bursitis Vaccine.’

The advancement of science and technology has led to the patenting of life forms since it seeks to create a balance of benefiting society while addressing moral and ethical concerns. It has been observed that such patents may have far-reaching beneficial consequences. Therefore, the elements that are synthetically produced and are non-naturally occurring through human intervention by isolation of the required resources can be protected under the laws on patents. Hence, human cloning is still not acceptable in any part of the world. The laws in various jurisdictions have provided adequately to deal with the patenting of life forms while providing a certain degree of homogeneity in the conceptual understanding. ✅ For more visit: https://www.kashishipr.com/