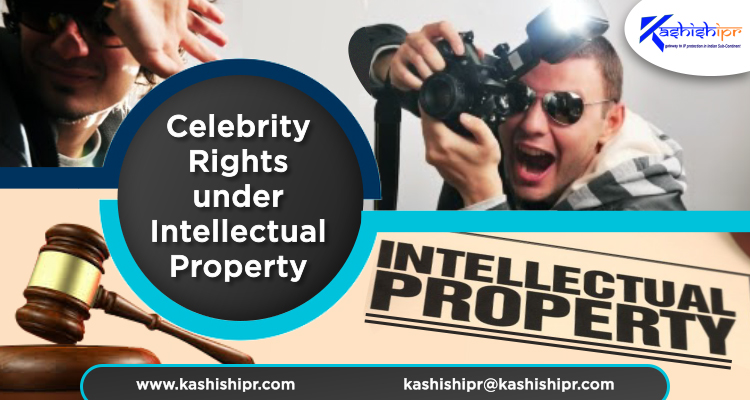 Have you ever wondered whether a celebrity has rights over his or her name, personality, the image in society, photographs, and publicity? The answer is a definite yes. The term celebrity comes from the Latin word ‘celebritatem,’ which means the condition of being famous. Today, actors, authors, artists, politicians, models, athletes, musicians, singers, television personalities, well-known business executives, and anyone who seeks to capture the public eye, including reality television stars, are all celebrities. Public perception is the primary measure in deciding whether or not an individual is a celebrity.

The rights enjoyed by celebrities are a bundle of rights, including publicity rights, reproduction rights, distribution rights, rental and lending rights, personality rights, privacy rights, and so on. In general, these rights can be classified under three main categories, namely, personality/moral rights, publicity/merchandising rights, and privacy rights. These rights are a form of intangible property, which can be exclusively enjoyed by the celebrity. Being intangible property rights and given the power of a celebrity’s fame, these rights are often prone to misuse and misappropriation. Let us now have a better understanding of these three rights.

Why are Celebrity Rights Integral?

A celebrity’s identity has a tremendous value, which can be assigned and licensed for commercial benefits. Thus, the celebrity has an interest that may be protected from the unauthorized commercial exploitation of that identity. Celebrities have an exclusive legal right during life to control and profit from the commercial use of their name and personality. Celebrity endorsement is a common market practice, which brings large amounts of income for celebrities. Furthermore, the right to publicity is inheritable. The descendants of a celebrity can gain from the fame achieved by the celebrity during his or her lifetime.

In creating a personality, a celebrity puts in lots of hard work and conscious care. A personality has numerous emotional and moral values attached to it. It is often seen that these personality rights are associated with products or activities, sometimes even without consent. In such situations, the celebrities’ personality rights need to be protected.

Since celebrities are public figures, which attract the audience, people exploit this aspect for their benefits. The inquisitiveness of the public can lead to cases where the ‘paparazzi’ makes the details of the private life of such celebrities out in public, which calls for the protection of celebrities’ privacy rights.

For safeguarding these celebrity rights, appropriate legal regimes are in place in the form of trademark and copyright laws, passing off actions, etc.

In the United States, if a name, mark, voice, noticeable slogans, or image is used by any third person and is found close to or having a certain affinity to a celebrity, the same is sufficient for the celebrity to get damages and compensation for the unauthorized use. Celebrity names and even signatures can be registered as trademarks. The United States Copyright Act does not specifically provide for the registration of a celebrity name, but in case of rights over images of celebrities, it provides certain safeguards to the celebrities. A photographer has the primary right over a photograph, but as soon as it is transferred to another person in exchange for economic profit, the celebrity has a right over the photograph, which cannot be used without the celebrity’s consent. Apart from this, a celebrity can claim protection under the Lanham Act (trademark law), Anti-cybersquatting Protection Act, and the Federal Trademark Dilution Act.

In the case of Martin Luther King Jr. Center for Social Change vs. American Heritage Products Inc, the word ‘celebrity’ was defined from a legal point of view, and the right was extended to public figures like Martin Luther King Jr. too, which was earlier extended only to professional athletes, comedians, actors and actresses, and other entertainers.

Jose Mourinho, the famous Portuguese football coach, has a trademark for JOSE MOURINHO in around seven categories (as per NICE classification). This registration was made by the Chelsea football club when he was the manager. They also filed for a few other trademarks, including mark rights on his signature and image.

Recently many celebrities across the world have started registering their names or their children’s name and trademarks associated with them, and this subject is gaining popularity. Shahrukh Khan’s registration of the ‘SRK’ mark or Tim Tebow trademarking his style as ‘Tebowing’ – are some examples. In an interesting decision, Lionel Messi, the famous soccer player, has been able to register his surname MESSI with the EUIPO after a longstanding legal battle. In September 2020, the European Court of Justice (ECJ) rejected appeals filed by EUIPO and a Spanish company against the decision of the EU General Court, which had allowed Messi to use his surname as a trademark. More than ten years after filing his trademark application, MESSI has been registered as an EU trademark in classes 3, 9, 14, 16, 25, and 28 (covering a wide range of products including fragrances, jewellery, clothing, and sports equipment). Massi, a well-known cycling brand in Spain, opposed the trademark application by claiming that ‘Messi’ and ‘Massi’ were very similar and were likely to give rise to consumer confusion. ‘Massi’ has been a registered EU trademark since 1998. The ECJ endorsed the General Court’s judgment and excluded any likelihood of confusion between the opposing marks, thus confirming the registrability of the trademark MESSI. 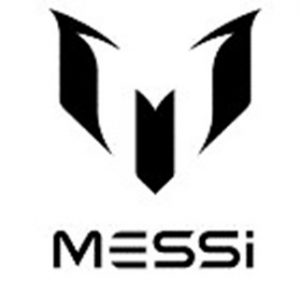 In India, even though the Trade Marks Act, 1999 does not make any specific provision for publicity rights, its definition of ‘marks’ includes names within its ambit. Hence, various celebrities have decided to use the pre-emptive step of trademarking their names t

o prevent any misappropriation. Few celebrities have gone further and secured trademark protection for their signatures. The Act also gives protection to the use of a person’s name falsely in connection to a product not to be registered.

Similarly, an issue of the domain name and passing off – also arises in association with celebrities; however, such aspects will only be limited to certain parts of a large bundle if brought under the ambit of the trademark.

In the case of Arun Jaitley vs. Network Solutions Private Limited, the court held that Arun Jaitley, being a celebrity, by his right, can protect his name from being used by any other person, and therefore, the defendants were wrong in using his name and making the website under his name.

In the case of Sourav Ganguly vs. Tata Tea ltd, Sourav Ganguly, who returned from Lords after scoring glorious centuries, found himself troubled when he realized that Tata Tea Ltd. was promoting its tea packets by offering the customers a chance to congratulate the cricketer through a postcard, which was there inside each packet of tea. In a way indirectly, the company intended to promote the sale of its tea packet in the Indian market, where Sourav had earned a substantial amount of fame. The court ruled in favor of Sourav by accepting that his fame and popularity were his Intellectual Property.

To pursue an action for copyright infringement, an individual must be able to show ownership of the copyright in the image and copying of that image. In the case of photographs, celebrities have a protected right when a photographer uses their photograph to transfer it to a third person. In the case of books involving celebrity authors, any adaptation, if original, nevertheless can get protection under copyright law.

Judgments from the United States recognize the fact that personality and publicity rights include right in Photographs, Voice, Style, Appearance, etc. Canada has a method wherein if a person has a marketable value in his likeness and such likeness has been used in a manner that suggests an endorsement of a product, then there are grounds for an action in the appropriation of personality. In English Law, due to the influence of ECHR (European Convention on Human Rights), some rights in the image are considered. Taking photos without consent is considered a violation of Article 8 of ECHR. It is established that goodwill is attached to the image of a celebrity, and unauthorized use of the image can allow for compensation.

In India, the Copyright Act, 1957 defines that a ‘performer’ includes an actor, singer, musician, dancer, acrobat, juggler, conjurer, snake charmer, a person delivering a lecture, or any other person who makes a performance. The provisions that deal with the performer’s rights and author’s special rights can cover publicity rights within their ambit. When the identity of celebrities is used for advertising without their permission, it is the celebrities that prima facie have the right to control when, where, and how their identity is used.

Protection of moral rights is a crucial aspect provided in the Indian copyright law based on the personality of an author/performer. Moral rights include the right to integrity (protecting against distortion, dismemberment, misrepresentation, modification without consent), paternity right (right to prevent others from using his name in their works), and right to divulgation (right to publication).

In the case of Sonu Nigam vs. Amrik Singh (alias Mika Singh), both the parties were to appear at the Mirchi Awards 2013 and were shown through photos on the official posters of the event with their due consent. Mika Singh, to promote himself, had displayed hoardings and posters, which were different from official hoardings and posters of the event, carrying huge pictures of him along with smaller pictures of the other artists, including Sonu Nigam, without their consent and permission. It was contended that the said hoardings and posters gave an unjustified and incorrect impression to the public about the prominence given to Mika Singh as compared to the other artists. The Bombay High Court restrained the defendants from displaying the pictures of the plaintiff without consent and ordered the defendant to pay Rs. 10 Lakhs for damages towards specified charities as consented by the parties.

In the case of Shivaji Rao Gaikwad vs. Varsha Productions, the actor Rajinikanth had filed a suit seeking an injunction to restrain the respondent from using the applicant’s name/caricature/style of dialogue delivering, etc. in its upcoming movie ‘Main Hoon Rajinikanth’ in any manner whatsoever claiming violation of his personality rights by such unauthorized use. Rajinikanth also showed discomfort that the film had scenes of immoral nature, and the respondent was trying to cash in on his fame. The Court held that IPR is a recognized valuable right under the modern laws being followed by all civilized countries. The Copyright Act, Trade Marks Act, etc. are adequately safeguarding the rights by way of relevant statutes. As per Article 21 of the Constitution, everyone is entitled, not only for their life and personal liberty from taking away the said rights, except by the procedure established by law, but also guaranteed to lead a dignified life in society, and hence no one can cause damage to the fame or reputation of any person against law. The Court held that the film’s title and caricature of Rajinikanth in the film would degrade his reputation.

Celebrities, like all other people, have a right to privacy, right to publicity, and personality rights that ought to be protected; otherwise, they will be deprived of their creations, name, and likeness. Celebrity rights are a unique kind of rights, which can be safeguarded through a multi-directional approach under trademark, copyright, passing off, and anti-cyber squatting laws. Countries have certainly begun to protect these rights not only under statutory laws but also with the help of court decisions wherever the exact legislation does not fit in. The area of celebrity rights is slowly and gradually gaining clarity. At the outset, celebrity rights can be safeguarded in the following manner: