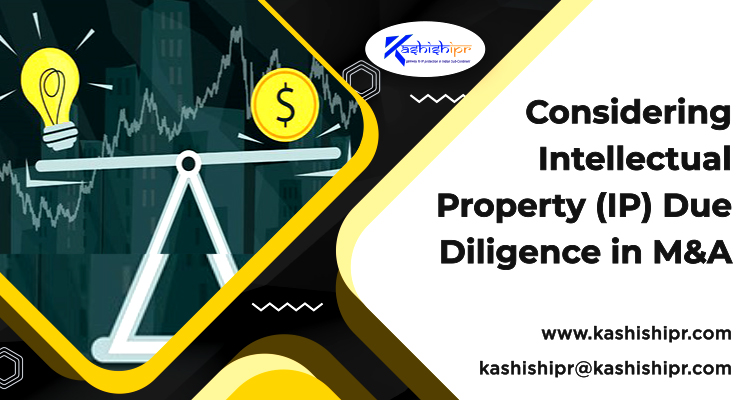 Intellectual Property (IP) counts as one of the most crucial elements when it comes to perusing a merger and acquisition activity. Whether directly or indirectly, a company’s brand value is built and maintained, attributing to the strength of its innovation portfolio, which can be utilized strategically to extract optimum commercial benefits and eventually a worldly reputation as well. Therefore, it is integral for corporations to maintain precise records as well as read their assets in line with the company objectives to secure an edge in the market.

Advantages of Intellectual Property in M&A

What is IP Due Diligence?

The Role of IP Due Diligence and Valuation in M&A

The mere presence of star patents or IP assets does not suffice a successful M&A capable of accruing benefits. Thorough due diligence is mandatory for strategic exploitation. Therefore, the portfolio comprising all IP assets should be read in terms of their strengths and the cost of maintenance, including the remaining time in the total period of exploitative rights reserved in the entity holding such assets. The same constitutes the overall health of the entire portfolio. Reading into the same allows the identification and mitigation of potential risks that may be associated with such a transaction. IP valuation is the most crucial step in IP due diligence. Therefore, to evaluate IP assets, the results of the due diligence are relied upon as they spell out the actual position and standing of the IP portfolio of the target-seller.

Since due diligence is subject to the needs of a particular company, IP valuation should be conducted in line with the goals to be achieved. A wrong method of discovering the value of the IP could lead to faulty findings. IP valuations must include all Intellectual Property Rights (IPRs) and intangible rights, for example, goodwill, employee know-how, etc. It is vital to consider not only the present value of the IPRs but also their future value. There are three methods of conducting an IP valuation (not exhaustive) as enlisted below:

Importance of Due Diligence from Different Viewpoints 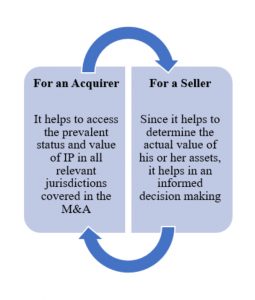 Where due diligence is not conducted or is not comprehensive enough to derive decisive conclusions, it can invite much more than just trouble. A frequently cited example of this is that of Rolls-Royce Motor Cars being acquired by Volkswagen from the conglomerate Vickers PLC for a lump sum amount of US$790 million. The most crucial asset of the transaction, the Rolls Royce brand itself, was left out during negotiation. This brand-name was then, in a separate transaction, acquired by BMW for US$66 million, which was sold by a British jet engine maker, Rolls-Royce PLC. It is amusing how Volkswagen owned the Rolls-Royce automobile business but could not sell the manufactured cars under the Rolls-Royce brand name. This example is a valuable lesson.

Important Steps of Conducting Due Diligence

A much-cited example of these aspects is when Viacom had proceeded against Google for a US$1 billion action following Google’s US$1.6 billion purchase of YouTube, for the reason that YouTube had infringed upon its rights. Google’s acquisition team had not taken into consideration YouTube’s business conflicts with other parties, which ended up costing it heavily. 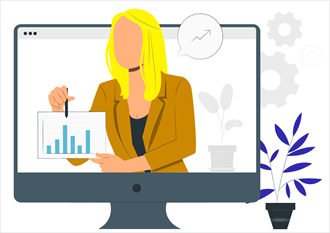 Once the M&A is concluded between the parties, the acquirer must update the IP assets against his or her name with each IP office located in different jurisdictions. Timely recordal of changes is a must.

It can be concluded that IP assets have greater implications, and therefore, play a vital role in transactions like M&A. As a general principle of caveat emptor, the acquirer should make all decisions following a well-informed backdrop, which is many a time handed over by the seller in the form of a due diligence report. However, it is preferable to conduct one’s due diligence inclusive of IP valuation. Organizations that administer their IP portfolios efficiently will ultimately be the title holders since a majority of M&As, in times to come, will take place only to transact the IP of the target seller, leading to rapid growth on such a basis. ✅ For more visit: https://www.kashishipr.com/