Consumer Protection in the Light of Intellectual Property Ecosystem 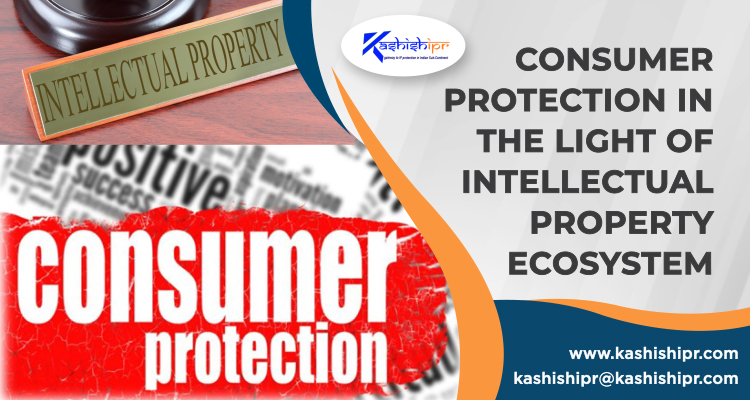 Intellectual Property (IP) laws have wider ramifications than just the traditional notion of safeguarding the commercial interest of the proprietor of such rights as they intend to strike a balance between private and public interests. The pursuit of research and development, innovation, trade-related strategies revolve around the ambit of IP, which, in turn, shapes the end product that is delivered to the public. Therefore, IP may appear to be a part of the product development, but holistically, it is much more than just that since it dictates the aftermath of the launch of the product as well. The consumer choices are widely dependent on the deployment of such IP, and thus, the idea of unfair and dishonest trade practices and consumer protection comes into deliberation when we talk about the IP ecosystem. This article identifies the footing afforded to consumers in different jurisdictions like the US and UK in comparison to India and how better measures can be supplemented for additional protection of consumers.

Who is a Consumer?

To understand consumer protection and the many ways of ensuring the same through proper enforcement of Intellectual Property Rights (IPRs), it becomes crucial to define ‘consumers.’ As per Section 2(d) of the Indian Consumer Protection Act, 2019, a ‘consumer‘ is the one who buys any goods or avails any service for consideration. The new Act does not include within its definition, a person who obtains such goods or services for resale or commercial purposes. Also, it broadens the scope by including both online and offline business transactions, whether through physical sales or e-facilities, teleshopping, etc.

A consumer has not been defined, but a ‘customer’/’purchaser’ under 16 CFR § 240.4 in the USA relates to “any person who buys for resale directly from the seller, or the seller’s agent or broker.” It is wide enough to incorporate the buyer of wholesale products.

Likewise, as per the UK’s updated law on consumer protection enforced in 2015, a ‘consumer’ is defined as “an individual acting for purposes that are wholly or mainly outside that individual’s trade, business, craft or profession.” This definition is more extensive than the one followed in the US and India; and hence, provides enhanced protection.

Therefore, as a basic rule, a consumer of goods and services is a person who buys, hires, or avails such amenities, which may or may not be limited to just personal use.

Interlinkage between Consumer Protection and Trademarks

A ‘trademark’ may consist of a “device, brand, heading, label, ticket, name, signature, word, letter, numeral, shape of goods, packaging or combination of colors or any combination thereof,” which essentially acts as an indicator of the source of origin for facilitating the consumer to make the right and informed choice; thereby, decreasing the consumer-search cost. Therefore, the subject-matter of concern, i.e., goods and services, are found of relevance in both the domains of IP & consumer protection. 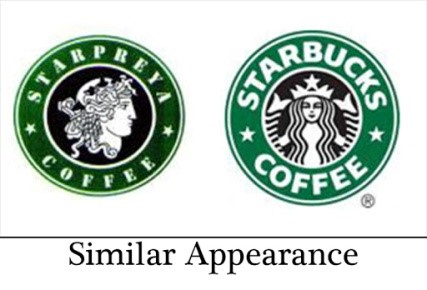 Identification of goods/services becomes important since consumers identify a certain degree of quality and assurance of safety with a particular manufacturer. The same not only helps the proprietor of marks to acclaim economic benefits in addition to acquiring goodwill and reputation but also help to stand against the unlawful overriding of such repute by another. These rights are said to be infringed where an entity uses an analogous, identical, or similar mark to that of another, which may indicate a connection between his goods/ services and the identity of another, which may lead to confusion in the minds of honest consumers.

The TRIPS Agreement does not specify the word ‘consumer,’ but in Article 23.3, while speaking of GI, it clarifies that in no event shall consumers be misled. Also, the ‘Community Trademark Regulation and Harmonisation Directive’ of the EU does not throw light upon consumer protection. Although, in the famous case of Arsenal vs. Reed, the Court upheld that consumer protection is an ‘essential function’ of trademarks to enable the identification of goods without any confusion. But, it is to be noted that no right emerges in the trademark law through such a provision, and it is ultimately the proprietor of marks upon whom such responsibility is cast to be a guarantor of the apt identity of marks. Speaking of law in the US, H. R. 1714, the bill on trademark originating in the House of Representatives depicts that the law did not come into being to safeguard consumers but only to protect the owners’ interest. However, this early development has not influenced the present scenario, and judicial activism has also extended to support the consumers. An example to prevent consumer confusion can also be seen in the form of issuance of Special 301 Reports by the US Government. It would be right to say that consumer and proprietor interests in the US are somewhat balanced and operate in harmony with each other.

For understanding the element of confusion, the trademark is seen as a whole and is considered from the viewpoint of a consumer of average intelligence. The Supreme Court, in the Cadila Pharmaceutical case, enlisted some of the factors to be considered while deciding the question of ‘similarity’ between two deceptively similar marks, which are as follows:

Therefore, whether it is a lawsuit of infringement or passing-off, consumer-concerns shall be taken into primal account. The following steps should be taken to ensure consumer protection while dealing with deceptive trademarks:-

The most pertinent of these is that it leads to a reduction of cost for the same good/service, which further enhances the chances of confusing a potential consumer over the authenticity and quality of the goods being resold. An added disadvantage to this is that such goods are not covered by original guarantees or maintenance services of which the consumer may not be aware of until the need for such supplemental service arises. The same can also result in competition among the providers of the same goods since there is an observed disparity between the prices. For protecting consumers from prospective harm, the following measures may be introduced:

The term ‘Geographical Indication’ widely embraces ‘indications of source’ and ‘appellations of origin.’ Indication of source implies that a good/service originates from a particular country or region. An appellation of origin equates to the fact that a good/service originates from a specific locality, country, or region, and therefore, the quality and characteristics are intrinsic owing to the geographical environment, which may include both human and natural factors. Such geographical denominations influence consumer decisions, and their wrongful use may cause serious detriment to consumers. Some GIs have medicinal relevance like Maca from Peru, Liquorice root and rhizome from the Italian republic, etc., and depiction of wrongful origin can also lead to degenerated health. Therefore, careful regulation of such GI tags is integral for both national and foreign GI goods. Unauthorized use of such tags also causes harm to commercial capabilities and undermines the efforts of those that aid in its production, thereby creating a much extensive imbalance. Also, since some GIs are not capable of seeking registration due to them being generic to the trade or due to the likelihood of confusion; hence, consumers should be made aware of such instances. 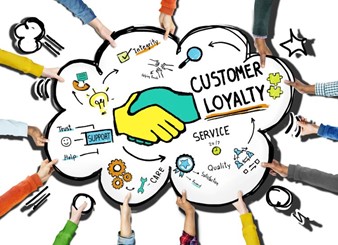 Even though the interplay of consumers and IPRs is not very apparent, whether in India, the USA, or the UK, but as is evident from above, the consumer is the nucleus, and his interest plays a predominant role in evaluating IP policies, their management, and deployment of auxiliary strategies. The question of confusingly similar marks or misrepresented marks is taken while considering the viewpoint of ordinary consumers, and therefore, to embrace practices that reflect a consumer-friendly approach to such trade practices is nothing but very essential.

Therefore, the consumer itself plays a crucial role, which may be enhanced by raising the consumer awareness of issues emanating from unfair trade practices through misrepresentation.

The same can be facilitated through governmental intervention by introducing consumer information portals and education programs in the absence of consumer associations or consortiums. Public dissemination of data and surveys available with the governmental agencies can also be widely advertised in the form of info-commercials. Governments can also consider the active involvement of consumer appointed representatives to study and resolve consumer-dealt issues before the actual origination of problems. The same can help in policy-building and shaping of existing regulatory measures.

In the interest of industrial growth as well as consumer protection, industries can overtake this responsibility by voluntarily furnishing the information crucial for the consumer to avoid complaints and expensive recourse to courts. Self-regulatory mechanisms like those provided in the form of International Codes of Advertising Practice, of Sales Promotion Practice, and Practice in Marketing of the International Chamber of Commerce (ICC), can be adopted beforehand by enterprises. The judicial wing also plays an equally important role. Justice can be made accessible through speedy and inexpensive proceedings by enabling collective actions when needed. Certain formalities should be relaxed in the interest of the consumer, like obtaining jurisdiction. With such careful measures, consumer benefit can be best ensured in the light of IP practices.✅  For more visit:  https://www.kashishipr.com/