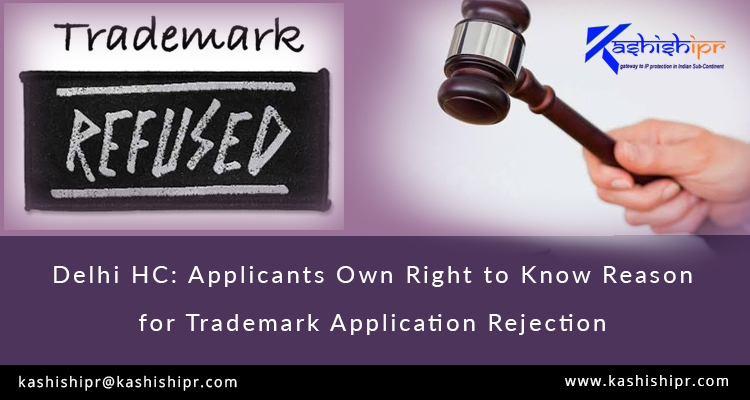 The Delhi High Court (HC) recently has held that the trademark registrar is duty-bound to provide the applicant with the replica of an order passed under Section 18(5) of the Trademarks Act, 1999 comprising the ground for refusal/conditional acceptance in addition to the materials he used to reach the decision.

The Court has stated that Rule 36 of the Trademarks Rules, 2017 is unreasonable, arbitrary, and inconsistent with the Act insofar because it empowers the Registry to express the decision without including the grounds for refusal/conditional acceptance.

The ruling was passed by a Single-judge Bench of Justice JR Midha following a petition favored by the Intellectual Property Attorneys Association. The association had moved to the Court after being wronged by non-speaking orders passed by the registrar of trademarks while refusing applications for Trademark Registration.

It was asserted that such refusals were violating Section 18(5) of the Trademarks Act. Besides, it was argued that the terms mandated the registrar to maintain written records of the grounds for refusal or conditional acceptance along with the materials he used to arrive at his decision.

On the other side, Rule 36 of Trademarks Rules, 2017, states that the registrar shall provide the decision in writing to the applicant. Moreover, if the applicant wants to file an appeal for getting the grounds behind the decision, he might do so within 30 days in Form TM-M.

Hence, the association concluded and argued that as far as the supply of reasons behind the refusal was concerned, Rule 36 was in contravention of Section 18(5).

To finish after hearing the parties, the Court approved the petition made by the Intellectual Property Attorneys Association. It held that the trademarks registrar/administrator was duty-bound to provide the applicants (who file Trademark Applications) with the copy of the order passed under Section 18(5) to make them familiar with the reasons for refusal or conditional acceptance and the materials he deployed to come up with that decision.

The Court further clearly held that Rule 36 was arbitrary, unreasonable, and inconsistent with the Act. It agreed with the association and ordered that the petition is approved. It added that the registrar of the trademarks is directed to stringently implement Section 18(5) of the Trademarks Act by maintaining written records of grounds for refusal/conditional acceptance and also sending the same to the applicant within fourteen days of the passing of the order. For more visit: https://www.kashishipr.com/