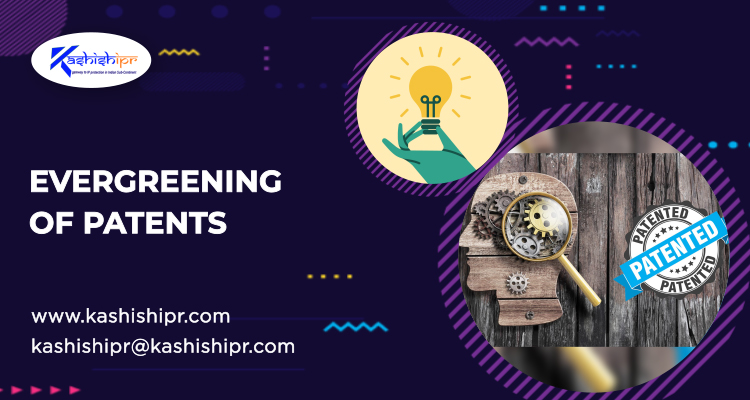 Evergreening is any of the various legal, business, and technological ways using which manufacturers extend the lifetime of their patents that are about to expire to retain royalties from them by either taking out new patents (for example, over related delivery systems or new pharmaceutical mixtures) or buying out or frustrating competitors for a longer duration of time than what would normally be permissible under the law.

There are some nations, such as Australia and India, which have anti-evergreening laws in place. Many have opposed the same as being against the principles of the TRIPS Agreement. The International Federation of Pharmaceutical Manufacturing Associations (IFPMA) and the US PhRMA have stated that the Australian anti-evergreening provisions are inconsistent with obligations under the World Trade Organization’s (WTO) Agreement on the Trade-Related Aspects of Intellectual Property Rights (TRIPS) Article 27, which prohibits discrimination in an area of technology (in this case, pharmaceuticals). On the other hand, international trade law recognizes that where a unique problem arises specifically referable only to a particular field of technology, a solution applying sui generis only to that field of technology cannot be said to be discriminatory according to the ordinary meaning and purpose of the TRIPS Agreement.

The various views on evergreening around the globe can be analyzed as follows:

Evergreening, as a concept, emerged in the USA after the passing of Hatch-Waxman legislation. In 2002, the Federal Trade Commission, after an extensive inquiry, found out that over 75% of applications by generic pharmaceutical manufacturers were in some way or other involved in litigation initiated by the original patent holders. To counter this trend, the FTC recommended that only one evergreening injunction could be filed by a company.

To comply with international standards, the Australian government had to make some changes in its existing laws. Most of the changes were made to the sections related to linkage.

A new Section 26B was inserted in the Therapeutic Goods Act, 1989. According to the new Section, whenever an application for a new product was made, the manufacturers of the product had to state that their product was not infringing upon an existing patent and/or the original owner of the patent had been notified.

To counter the effects of Section 26B, Sections 26C and 26D were inserted into Therapeutic Goods Act 1989. The main objective of Sections 26C and 27D was to prevent the patent holders from getting an extension on their patents by taking advantage of loopholes and undue benefits of the Justice system.

India changed its Patents Laws in 2005 to comply with the TRIPS Agreement. Before the amendments of 2005, pharmaceutical manufacturers were not granted patents. However, after the changes, the rights of the manufacturers were recognized.

Novartis, which is a well-known drug maker, had made an application for the grant of patents in 1997. Due to laws that prohibited the government from granting patents related to agriculture and pharmaceuticals companies, the application from Novartis was not entertained.

After the changes of 2005, the Madras Patent Office, in 2006, rejected the application from Novartis for the drug Glivec stating that the said drug did not exhibit any major changes in therapeutic effectiveness over its pre-existing form, which was already patented outside India. As per the patent office, the new formulation did not enhance the efficacy of the drug in any new way. They took into consideration Section 3(d) of the Indian Patents (Amendment) Act, 2005.

Even though the process of evergreening has never received any formal acceptance in the legal domain, it is widely prevalent in various parts of the world. Some governments and governing bodies have tried to curb such practices. Patents are the most important way in which inventors can protect their inventions. In certain situations, inventors try and push for an extension of the protection period through the process of evergreening. The consequences of evergreening are huge for generic manufacturers and consumers, which is why countries that wish to promote generic manufacturing and innovation are completely opposed to evergreening. ✅ For more visit: https://www.kashishipr.com/