Facebook Tries to Secure Trademark for the Term “Book” 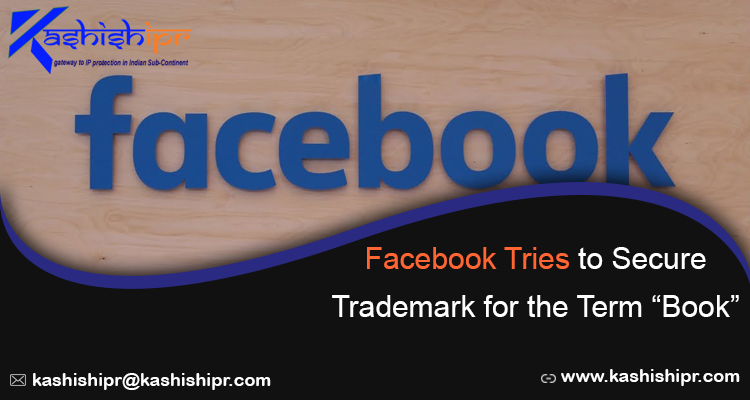 After successfully getting the trademark for common, generic words ‘Face’ and ‘Book’ in the United States nearly 13 years ago, Facebook, one of the leading social media giants is presently attempting to accomplish the same in Europe.

Seeking to secure the word ‘Book’ under Trademark Protection, the social media giant applied for the same in the European Union Intellectual Property Office (EUIPO) in June 2019.

At present, the Trademark Application submitted to the EUIPO is under examination, with a decision expected later. The reason behind trademarking such generic words is to protect established brands from businesses that might deal in offering similar products and services under similar names, thus misleading the consumers and potentially taking the brands’ revenue.

The list Facebook provided in its application emphasizes a voluminous range of products and services, including things from electronic game software to wearable peripherals for computers, software for modifying photographs, and electronic radio components.

If the application gets approved, the term ‘book,’ which originally referred to an archaic paper-based data storage format, will soon join the words such as Face, Like, Wall, Poke, the letter F, and a particular shade of blue in the long list. Besides, Facebook will commence preventing its competitors from Trademark Infringements of the word ‘Book’ – something that will be a significant effort, but undoubtedly not outside the power of the social media giant and its legal teams. On the other side, the bad news for its competitors, especially small and fledgling companies is that Facebook has in the past appeared to be happy to go after and shut down the startups for perceived trademark infringement.

Nevertheless, this might not be the apt time to look for positive outcomes in Europe, where the amount of goodwill and trust towards American giants, in general, is at an all-time low. Still, Facebook is continuously trying hard to complete its trademark collection as it has already secured a trademark for the word ‘face’ more than a decade ago, thus making it plausible that its new application will be granted soon.

Meanwhile, in addition to ‘Facebook,’ i.e., ‘Face’ and ‘Book,’ there are many words such as ‘BOOMERANG,’ ‘LIKE,’ ‘F8,’ etc., that are protected as Facebook’s Intellectual Property (IP) in the US.

Nonetheless, Facebook is not alone in a frenzy to protect generic words as Registered Trademarks. For instance, fashion designer Mark Jacobs and Ohio State University are also striving to be the first in a race to register the word “THE” with the U.S. Patent and Trademark Office (USPTO). For more visit: https://www.kashishipr.com/