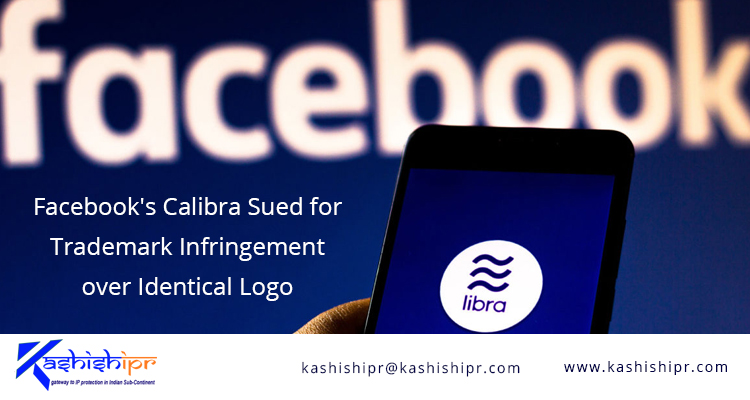 Facebook’s cryptocurrency project named Libra has hit another roadblock as Current, a mobile banking app, has sued its Calibra subsidiary for Trademark Infringement over the similarity of logos.

According to the complaint submitted on 10th October 2019 in the US District Court for the Southern District of New York, Current alleges that Calibra’s logo isn’t just confusingly similar but also virtually identical to its mark.

Current while claiming to have registered its logo with the U.S Patent and Trademark Office (USPTO), said that it had sent a letter to the Facebook subsidiary on 23rd July 2019, but received no response. As per the lawsuit, Current received the response from Facebook stating that it is looking into the matter, on 12th August 2019, after sending another letter on 2nd August 2019.

Current continued that communications over telephone calls and emails relating to discussions regarding a mutually acceptable solution of the matter had not been fruitful, and it has received no evidence or response suggesting Calibra will consider its demand to cease using the infringed mark. That’s why the firm is looking for preliminary and permanent injunctive and monetary reliefs. Being confusingly similar and virtually identical to Current’s mark, Calibra’s logo is causing irreparable harm to its reputation, market, and goodwill. Besides, as the advertising, marketing, and promotion in regards to both parties are made through the same marketing channels, including websites and social media platforms, the infringed mark is likely to create confusion and deception, Current added.

Current claimed that the San Francisco branding firm, which had designed both logos, failed to inform Calibra about providing them with a logo whose design is similar to the logo that it had previously provided to Current. The company further notified that Facebook, which adopted the mark in June 2018 with ideas to launch Calibra digital wallet, has obtained substantial press coverage since then.

Facebook’s Calibra, which drives the giant’s plans to launch a cryptocurrency named Libra, has been facing many headwinds. Last week, PayPal proclaimed its decision to abandon further participation in the Libra Association, a non-profit foundation led by Facebook in Geneva. Soon after, Visa, Mastercard, Stripe, and eBay followed the particular suit, as stated by several media reports.

David Marcus – head of Calibra took the exits in his walk, thanking Mastercard and Visa on Twitter. He then, in a separate tweet, has revealed that the current setbacks may not be a precise read of Libra’s fate.

Marcus explained that obviously, it isn’t great news in the short term, but on the way, it’s releasing. Besides, for more expected to come very soon, stay tuned. Change of the present magnitude is hard when one knows that he/she is on to something where so much pressure builds up, David added.

Facebook revealed some details about Calibra saying that the goal of this Facebook subsidiary, which is formed in June this year, is to provide financial services, by using the Libra Blockchain.  The wallet will enable users to send Libra to anyone they want, just like they might send text messages with their smartphones. The first product that Calibra intends to come up with is a digital wallet for Libra, which would soon be available in WhatsApp, Messenger, and as a standalone app.

The social media giant has faced stern distrust and resistance from regulators and many others, thus prompting David Marcus to stress that Facebook will not proffer the Libra digital currency until and unless it has comprehensively addressed regulatory concerns and obtained appropriate approvals. For more visit: https://www.kashishipr.com/