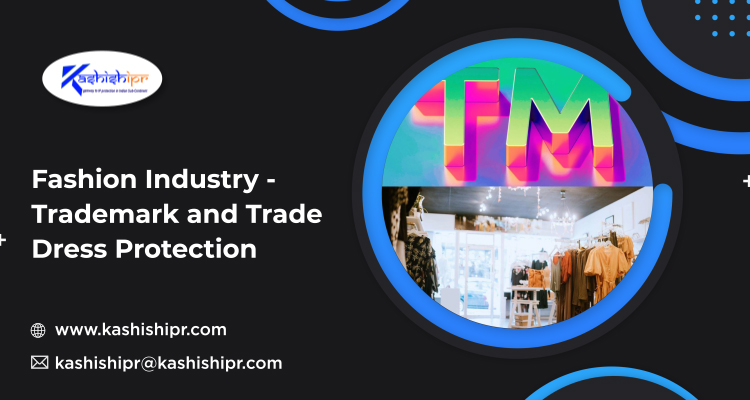 When we talk about building brand image and attraction, fashion companies put in a lot of time, money, effort, and hard work. The Trademark Laws of different nations prevent third parties and entities from using a Registered Trademark, which is undoubtedly crucial considering the amount of time, money, effort, and hard work that goes into building a widely recognized and viable brand name. Now, that is where the concept of Trade Dress Protection comes into the picture, and we need to discuss it. Trade dress protection falls under trademark law as the design functions as a trademark, i.e., identifying a product emerging from a specific fashion house or fashion designer. Such a design refers to the visual or sensual look of the product, which can include its shape, packaging, and color combinations. It can be registered and safeguarded from being used by competitors in the market in connection with their offerings. Furthermore, it protects the consumers from products with imitated appearances or packaging so that they don’t buy one product thinking it is another. Although trade dress can offer robust legal protection, it comes with stringent legal restrictions. Business companies and firms seeking such protection must have a well-thought-out plan to obtain and maintain a trade dress.

Understanding the Secondary Meaning of Trademark

If a logo, mark, word, or design isn’t naturally distinctive or unique, it needs to develop distinctiveness or uniqueness to be considered a trademark by the customers. The term ‘secondary meaning’ is used to describe acquired distinctiveness. It refers to the mental association or connection made by a significant group of customers and potential customers between the only supplier of the product and the asserted mark. In the fashion industry, we can say that the consumer must be able to associate or connect the fashion design with the designer or the fashion house. The same prevents many new and young fashion designers from claiming trade dress protection since it is unlikely for them to be recognized by the customers and therefore can’t be associated with a particular fashion design in the customers’ minds due to lack of recognition. In simple terms, secondary meaning is a new meaning added to a mark. A mark can’t have a secondary meaning if it is not utilized to identify its source – for instance, Adidas’ three stripes and Louis Vuitton’s LV badge on all its products.

The Court, in this lawsuit, focused on the likelihood of trade dress confusion. Louis Vuitton (LV), a French luxury fashion house, attempted to protect a handbag line established in collaboration with Takashi Murakami, a Japanese contemporary artist. The handbag line featured the ‘Toile Monogram,’ which comprised entwined LV initials with 03 motifs, namely a circle with a four-leafed flower inset, a curved diamond with a four-point star inset, and its negative. The LV Monogram Multicolore was a revised version of the traditional and classic Toile monogram, comprising 33 Murakami-selected vibrant colors printed on a black or white background. According to LV, Dooney & Bourke, an American fashion company producing handbags, imitated LV’s purses soon after Monogram Multicolore’s breakthrough. The Court identified LV’s mark as valid and analyzed the possibility of confusion behind the two handbags in question. The District Court, using a side-by-side assessment, said that there wasn’t any risk of a mistake between the said handbags. However, the Second Circuit disagreed with the District Court’s side-by-side assessment of the two handbags. It believed that the Court should have instead paid attention to whether the purchasers would be confused by their comparable appearances. When it comes to the real-world market, designs that are easily distinguishable in a side-by-side assessment may nevertheless be mistaken, which is undoubtedly the issue in trade dress infringement.

Trade dress serves a crucial utility for fashion houses and fashion designers, i.e., identifying the source of products and services. Every fashion house and fashion designer has a trade dress; however, most of them don’t identify their trade dress until they come across a competitor that has copied it. The sooner they figure out the distinctive and non-functional features identifying their business, the better they shall be positioned to safeguard this valuable asset.✅ For more visit: https://www.kashishipr.com/