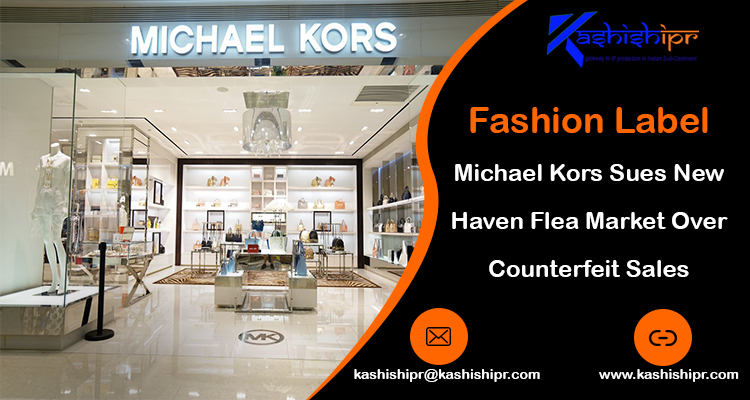 Michael Kors LLC, a fashion house of luxury accessories and ready-to-wear, has recently filed a lawsuit against the operators and vendors of The Boulevard Flea Market on Ella T. Grasso Boulevard over selling counterfeit products bearing the company’s brand for years, in spite of several repeated warnings.

The lawsuit filed includes the names of the flea market operator, C.G.C. Enterprises and its owner, Charles Cheslock, landlord Digsby, Taylor and Hobbes, and Vice President Richard Lebov, and 100 “John Does” as defendants, who have sold fake products of Michael Kors in the market.

Attorneys for the fashion label Michael Kors have noted that the police at New Haven had reportedly seized counterfeit goods of more than $2 million worth in November 2013 from the market. As per the lawsuit, an inspector, working on behalf of the brand, purchased counterfeit items from 31 vendors in June 2018, and in the same year in December, the brand had then sent cease and desist letters to the vendors of the flea market. The inspector returned to the market in August 2019 and came back after purchasing even more counterfeit products. On every visit, the inspector saw more than 500 fake products offered for sale.

The attorneys for Michael Kors have noted the negative impact on the brand’s reputation, branding efforts, and the customers who expect real products in the complaint filed. According to the attorneys, the brand has expended an enormous amount to combat the sales of counterfeit products at the flea market. However, in spite of several efforts, the brand has only come across uncooperative landlords and owners, who have declined to take any action in solving the issue. Moreover, such irresponsible conduct of the vendors and operators of the flea market is also causing irreparable injuries and monetary damages to Michael Kors and its customers.

The complaint claims that the operators and vendors of the flea market have committed Trademark Infringement by getting involved in the illegal act of counterfeiting and falsely describing the origin of the products sold.

Among several other requests, Michael Kors is now seeking an injunction barring vendors and operators from illegally selling counterfeit items and requiring them to turn over all the fake merchandise for destruction, along with monetary damages, statutory damages, and punitive damages. For more visit: https://www.kashishipr.com/