Five Widely Recognized Brands Accused of Being Copycats in the Market 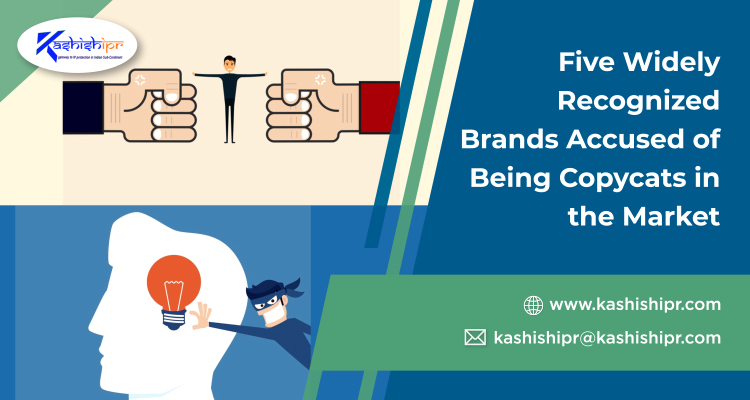 Bernard Kelvin Clive, a well-known brand strategist, once said that strong brands aren’t built through shortcuts and copycats. Although this may sound quite encouraging and motivating for those with original ideas, many famous brands out there are accused and widely recognized for being copycats in the market and, unfortunately, making a lot of money. Let us discuss a few of them.

In the 21st century, the Oreo cookie is the best-selling cookie brand worldwide. The sandwich cookie, consisting of two chocolate biscuits with a sweet taste cream filling, is widely known as the ultimate dunking cookie. First introduced in the United States, Oreo is now enjoyed in more than 100 countries globally. It was in 1912 when Oreo was first developed and manufactured by the National Biscuit Company, now known as Nabisco. It was launched as a replica of the Hydrox cookie – a cream-filled chocolate sandwich cookie introduced in 1908. However, Oreo eventually exceeded Hydrox in popularity, making Hydrox appear as an imitation of Oreo instead. The ultimate question is, “Why did Oreo become more successful than Hydrox?” In one of the articles published by Fortune Magazine in 1999, journalist Paul Lukas wrote that it is a familiar story when a small fledging company comes up with a brilliant new product – so good that a more powerful and bigger company copies its unique idea. In this scenario, the bigger company usually uses its superior distribution and promotional capabilities, as a result of which the smaller company helplessly sees its business slipping away. It is nothing but another case of the strong proving victorious over the weak in society. Hydrox was largely discontinued in 1999, and it was in September 2015 when the product was reintroduced by Leaf Brands.

If we search ‘Xiaomi Copycat’ on Google, there will be a whole saga of news pieces and reviews in the results. Such results talk about Xiaomi being a poor imitation of the tech giant Apple Inc. and the so-called rival RealMe. When it comes to imitating Apple, Xiaomi is accused of copying its smartphones, laptop designs, and overall marketing strategy. The CEO and Chairman of Xiaomi, Lei Jun, has also been accused of imitating Steve Jobs. During one of Xiaomi’s earlier product announcements, Lei even wore dark shirts and jeans, which is a style known to be associated with Steve Jobs.

The American video and photo sharing social media platform Instagram has been accused of copying Snapchat. The stories feature on Instagram is the same as that of its rival and competitor in the market, Snapchat. Photos and videos in the story feature are shared with your friends and followers and deleted after 24 hours. The Co-Founder of Instagram, Kevin Systrom, said something on this matter. He said that if there is a company that invents cars, we can’t blame other companies building cars with windows, AC, wheels, and steering wheels. According to Kevin, the ultimate question is, “What unique stuff do we build on top of a concept?” He further mentioned that Snapchat is a great company and would continue to do well in the years to come as well, but if we look back, we can see that it didn’t have filters originally. As per Kevin, Snapchat adopted filters because Instagram and many other social media platforms had them. He even argued by saying that every new product launched nowadays is a remix of the already existing products.

It was in 2019 when Nike filed a Patent Infringement lawsuit against Skechers by calling it out for copying Nike’s strategy. The lawsuit filed stated that Skechers contends it only takes inspiration from the offerings of its competitors, which it refers to as ‘Skecherizing.’ However, Nike stated that Skechers’ business strategy includes replicating the designs of its competitors to gain market share. Besides, Nike is not the only footwear company unhappy with Skechers’ alleged strategy of copying and imitating others’ products. Last year, even Crocs listed it as one of the companies copying its iconic foam footwear unfairly.

Tencent Holdings Ltd., widely known as Tencent, is a Chinese multinational technology, investment, gaming, and entertainment conglomerate headquartered in Shenzhen. “To copy is not evil” is what the Founder and Chairman of Tencent, Pony Ma, once quoted.

Jack Ma Yun, the Co-Founder and Former Executive Chairman of Alibaba Group said that the major issue with Tencent is the lack of innovation and creativity, i.e., all of its products are copies. ‘Honor of Kings,’ one of the many mobile games owned by Tencent Games, is said to have taken inspiration from ‘League of Legends.’  Another example in this scenario is Tencent’s famous app WeChat. It began as an instant messaging app; however, some features, such as search functions and news feed, were added to challenge the Chinese search engine Baidu. Later, Tencent even launched WeChat Pay to compete with Alipay, owned by Alibaba Group. At present, Tencent is the largest video game vendor worldwide and amongst the most financially valuable companies. ✅ For more visit: https://www.kashishipr.com/