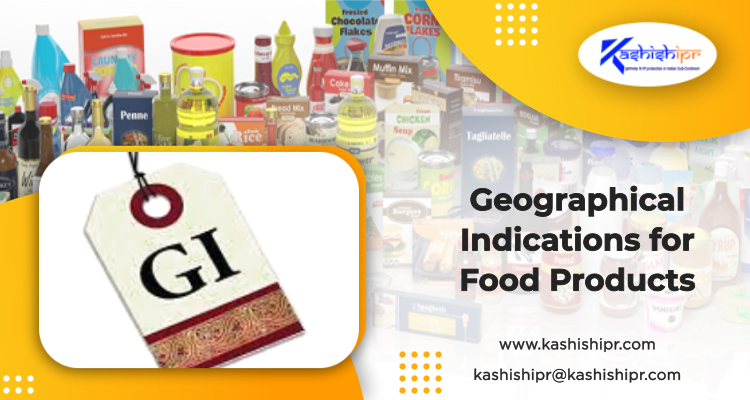 What are Geographical Indications?

Geographical indications (GIs) are place names used to identify products that come from these regions and protect the quality and reputation of a distinctive product originating in a certain region. GI tagging is attributed in such a manner that quality, reputation, and other salient features of the commodity are linked to the location of origin. The GI tag for a product can be used only by legitimate users and the residents of the territory of origin. To put it precisely, GIs are marks, signs, or symbols, which indicate that the associated goods:

Several nations have implemented GI laws to protect indigenous products, including handicrafts and agricultural, natural, horticultural, and industrial products originating from a specific region. In most nations, GIs are not subject to a specific term of protection; instead, they remain valid unless the registration is canceled. A registered GI prohibits a third party from using such GI by any means in the designations or presentations of goods that indicate that such goods originate in a geographical area. For example, in the case of the GI ‘Darjeeling Tea,’ producers of Darjeeling Tea can exclude the use of the term ‘Darjeeling’ for tea not grown in their tea gardens or not produced according to the standards set out in the code of practice for the geographical indication.

Article 22(1) of TRIPS defines Geographical Indications as “indications which identify a good as originating in the territory of a Member, or a region or locality in that territory, where a given quality, reputation or another characteristic of the good is essentially attributable to its geographical origin.” Accordingly, a product’s quality, reputation, or other characteristics can be determined by where it comes from, and GIs are place names (or in some countries words associated with a place) used to identify products that come from these places and have these characteristics.

Article 22 of the TRIPS Agreement defines a standard level of protection that covers all products. GIs are to be protected to avoid misleading the public and prevent unfair competition.

Article 23 of TRIPS provides a higher or enhanced level of protection for GIs for wines and spirits: Subject to many exceptions – they have to be protected even if misuse would not cause the public to be misled.

Exceptions are provided under Article 24. In some cases, GIs do not have to be protected, or the protection can be limited – for instance, when a name has become the common (or ‘generic’) term (for example – ‘cheddar,’ now means a specific type of cheese not necessarily made in Cheddar in the United Kingdom) or when a term has already been registered as a trademark. Other exceptions include terms that have been used for at least ten (10) years before April 15, 1994 (or in good faith if before that date), or are subject to good faith Trademark Rights, or have significance as personal names.

Why Protect Food as GIs?

Nations have been trying to safeguard their regional products from international competition for ages. An old example is ‘Roquefort cheese,’ one of the world’s oldest and famous blue cheeses. In 1411, King Charles VI of France granted the monopoly of the production of Roquefort cheese to the people of Roquefort-Sur-Soulzon, in Southern France, where the cheese had been produced for centuries. When France introduced the “appellation d’origine contrôlée” (“controlled designation of origin”) label to protect its food and wines in the early 20th century, Roquefort cheese was the first recipient of the new regulation in 1925. Today, Roquefort cheese is protected by a GI as recognized by the EU law, which introduced GIs in its legal framework back in the year 1992.

Some food producers benefit from the use of GIs by giving certain foodstuffs recognition for their distinctiveness, making them stand out from other foods in the market. In this way, GIs can be commercially valuable. GIs may be eligible for relief from acts of infringement or unfair competition. GIs may also protect consumers from deceptive or misleading labels. Examples of registered or established GIs on food include Parmigiano Reggiano cheese and Prosciutto di Parma ham from the Parma region of Italy, Toscano olive oil from Tuscany, Roquefort cheese, Champagne from the region of the same name in France, Irish Whiskey, Darjeeling tea, Florida oranges, Idaho potatoes, Vidalia onions, Washington State apples, and Napa Valley Wines. Among the plantation crops – tea, coffee, coconut, and cashew have also found their place in the GI list. Cardamom and pepper also constitute the list of spice crops. GI tags were also given to elite clones of ginger, turmeric, and bay leaf.

Geographical indications for foods connect a quality or characteristic of a product to its region of origin. GIs typically represent traditional or artisanal knowledge and techniques, yet they are recognized as a form of IP. GIs also raise consumers’ awareness of food safety, quality, and, in turn, the demand for genuine and superior products. A GI may raise foodstuff from commodity status (for instance, blue cheese) into the high-value niche or gourmet market (Roquefort cheese) and, subsequently, have a positive social and economic impact.

Criteria for a Food Product to be Granted a GI Tag

A food product looking to be protected through a GI tag must historically originate in a particular location alone. It should also possess certain characteristics or a reputation attributable to the geographical region. Ideally, the consumers of the GI tagged foodstuff should be able to associate it with the region of origin and should be able to differentiate it from foodstuff of a similar kind. In many jurisdictions, a single criterion attributable to the geographical origin is sufficient, be it a quality or other characteristic of the product, or only its reputation.

Protection may be requested by a group of producers of the product identified by the GI. The producers may be organized as an entity, such as a cooperative or association, which represents them and ensures that the product fulfils certain requirements, which they have agreed upon or adhered to, as required. In some jurisdictions, protection may also be requested by a competent national authority (for example, a local government authority). Protection for a GI is granted by a national (regional) competent authority upon request, such as the IP office.

If a geographical term is used as the designation of a kind of product rather than an indication of the place of origin of that product, this term no longer functions as a GI.

The use of GIs, particularly for certain food products, has become a debated international trade issue. Some consider GIs to be protected IP, while others view them as generic or semi-generic terms. Many US food manufacturers view the use of common or traditional names as generic terms and view the European Union’s (EU’s) protection of its registered GIs as a way to monopolize the use of some specific wine and food terms and as a form of trade protectionism. Precisely, several trade groups have voiced concern that the EU is using GIs to impose restrictions on the use of common names for some foods, such as parmesan, feta, and provolone cheeses and certain wines and limit the US food companies from marketing these foods using these common names. Laws and regulations governing GIs differ among nations, which further makes this problem challenging.

Challenges concerning GI on food products further arise when names that are protected in one region have a common usage in another; for instance, feta cheese and Dijon mustard. These have obtained a generic status in the market. Some argue that these names should not be monopolized by a specific group in a specific geographical region because consumers do not view them as being manufactured in that particular region only. Others are of the view that food products linked to the tag have a specific quality that can only be derived from the geographic region and particular production process adopted. The GI tag helps in preventing a generic association, thereby safeguarding the feature of the product to be made in that traditional way.

Additionally, in practice, although GIs are defined and protected under the TRIPS Agreement, they often receive limited protection because the power of legislation lies with individual countries. At the WTO and during international discussions, such as the Doha Development Round, countries like Mauritius, Nigeria, South Africa have argued for the expansion of the TRIPS rules and others such as Switzerland, Australia, Japan, the United States, and several Latin American countries consider GIs as protectionist measures and prefer to rely on trademarks.

Consumers are more aware of the geographic origin of food products today, and many demand genuine and high-quality products, specifically when it comes to food products. GIs, therefore, serve as product differentiators in the marketplace by allowing consumers to differentiate among those that originate from the particular region that specializes in producing that food product from those that do not.

GIs can thus be a very vital element for a business that is looking at attracting consumers to a brand that specializes in the quality of products bound to their geographic origin. The GI tag qualifies the product to obtain a niche market due to its connection to a particular region. Therefore, manufacturers should be focused on the development and preservation of this favorable consumer perception with the help of appropriate GI certification. ✅ For more visit: https://www.kashishipr.com/