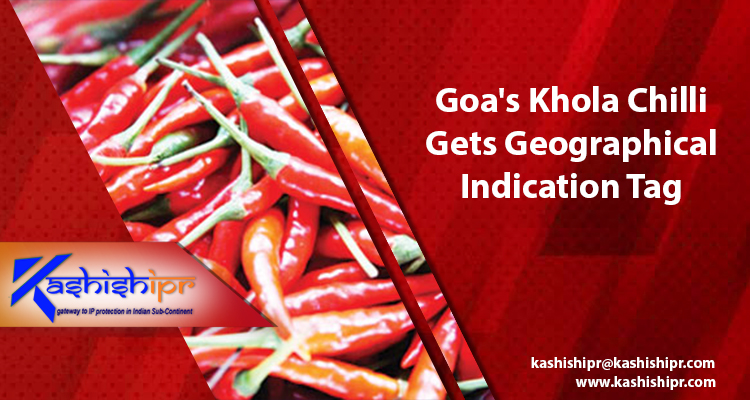 The prestigious GI certificate for this Chilli variety has come to give exclusive brand protection rights to the farmers of Canacona who have been growing this horticultural spice crop for ages. This award has thrown up remarkable opportunities to the cultivators as well as authorities to take the Canacona Chilli to the worldwide market.

It is believed that most of the Chillies varieties grown in Goa today were introduced by the Portuguese. However, over the centuries, various hybrid varieties have emerged from what’s brought from overseas.

The unique Khola Chillies are grown on the hill slopes under rainfed conditions only. Local soil and climate play a crucial role in maintaining the quality of this Chilli variety, which is known for its brilliant red color and medium-pungent taste.

Lobo rued the lack of interest in farming and agriculture among youth and said that elders in the state are actively engaged in farming, but youth don’t want to take it up. Revealing his and state government’s objective to make more youngsters in Goa take up farming, he said that getting a GI tag will help the cultivators not just promote and sell their products but also export them, thus making farming profitable and developing youth’s interest in farming. Moreover, this could help Goa improve its agricultural yield and decrease its dependence on other regions (states) for food. That is the reason why the government has taken this step, said the minister.

Shivram Naik Gaonkar – ZA Officer – said that the GI tag could help the Canacona Chilli to become world-famous, and thus, the demand would increase substantially. The farmers, on their part, need to increase this crop’s production to enhance their income. Earlier, the crop was famous only in Goa, but now after getting the Geographical Indication Protection, it will receive worldwide recognition. All these facts will increase the market for this indigenous crop. That’s why they are serious about certifying this spice as organic so that the farmers get a premium rate, said Naik Gaonkar.

Most farmers growing this chilly are thankful to the Agricultural Department, ICAR, and Department of Science and Technology, Goa for putting Khola/ Canacona chilly and their village on all India map, and expected more support in the form of the Geographical Indication Registration for other products, which are equally indigenous and unique to the region. For more visit: https://www.kashishipr.com/