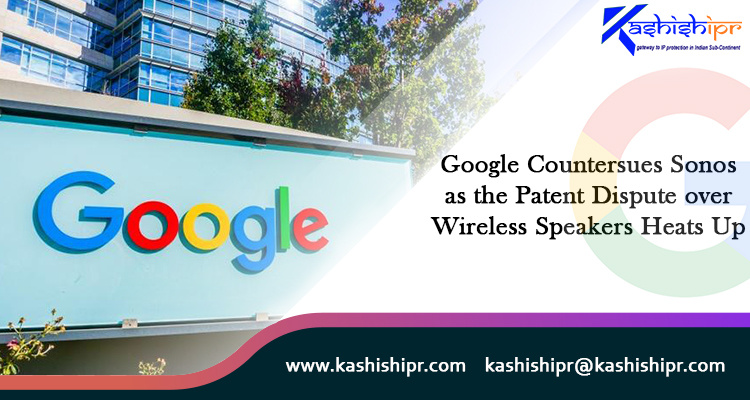 The American multinational technology company, Google, has quite recently escalated a dispute with Sonos Inc., (an American audio company based in California) over the wireless home speaker market by filing a Patent Infringement lawsuit. The battle between the two companies, which had been working together to incorporate some specific Google features in Sonos’ speakers, erupted this year in January when Sonos sued the tech giant alleging patent infringement.

Sonos is facing a rising level of competition from the tech giants such as Amazon and Google, both of which are expanding into selling the internet-connected home gadgets by including the less expensive wireless speakers.

The parent company of Google, Alphabet Inc., has filed a complaint against Sonos in San Francisco federal court, by stating that Sonos has made false claims about Google’s shared works and technologies in its patent infringement lawsuits filed. It further mentioned that Google rarely sues other companies out there for patent infringement and asserts its Intellectual Property Rights (IPRs) only in serious matters.

As per Google’s patent infringement lawsuit filed, Sonos, the pioneer of wireless speakers, is making the most out of Google’s patented technology for software, search, audio processing, networking, streaming, and digital media management, that too, without having a license in place for the same.

Patrick Spence, the Chief Executive Officer at Sonos, has recently stated that the company is looking forward to winning not only its original lawsuit but also Google’s newly filed case. He also mentioned that instead of addressing the merits of Sonos’ lawsuit, Google has chosen to use its power to try and find areas in which it can retaliate. As per the recent statement delivered by Spence, Sonos is indeed sad to see that an innovative company like Google with an objective of “Do No Evil” is ignoring the fact that it has infringed upon Sonos’ patented inventions.

Sonos filed the patent infringement lawsuits against Google this year in January before the US International Trade Commission (USITC) and in federal court in Los Angeles by claiming that the tech giant infringed upon its patented inventions for multiroom-audio technology. Sonos alleged that Google gained undue knowledge of its technology via a partnership revolving around the integration of Google Play Music into the Sonos platform; however, pretty soon after the same, Google decided to cut its partner out and sell its all exclusive product line. On the other hand, Google has denied all the claims of patent infringement by Sonos and claimed that they all are invalid. The tech giant has also stated that it has helped Sonos significantly by providing technical assistance in developing its product.

Sonos is also seeking to block the imports of a plethora of Google products made in China, which includes the Home Max, Nest Hub, Chromecast, and Pixel 3 XL phone. For more visit: https://www.kashishipr.com/