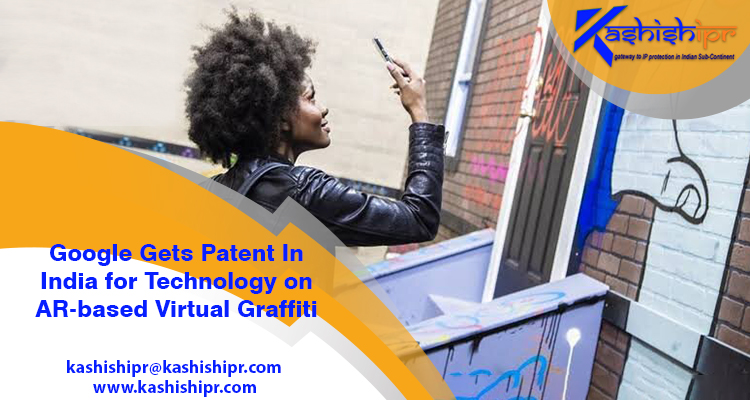 Google has recently obtained a patent in India for its technology to create virtual graffiti in a mobile virtual and augmented reality (AR) system, something that would help users leave a message for them or their friends at a location in the future.

The American Multinational Technology Company, specializing in Internet-related services and products, said in its Patent Application that the virtual graffiti would aid the user to leave a message for the second user at a specific location. The company provided an example that if a person wishes to give a message suggesting his or her known ones to try a particular dish at a restaurant, then the message can be virtually written on the door of the restaurant, and left for the second user to view. When the second user visits the restaurant, he/ she will get an indication that the place is available with virtual graffiti. Ultimately, the message left on the door of the restaurant will appear to him/her when viewed with the AR system.

It further claimed that if a user with an enabled device wants to send a virtual graffiti to other users as a part of the AR scene, he or she needs to create the graffiti, associate it with a location, and provide a list of users who are allowed to view it. The device will transmit the provided information to the server, which is scheduled to periodically monitor the location of the devices of users on the list. When any device comes near the location, it will notify the user through an alert. However, virtual graffiti will be available only to those who are allowed to view it, by the individual who created the virtual graffiti.

The application for Patent Registration for a ‘Method and Apparatus to create graffiti in mobile virtual and augmented reality system’ was originally filed in June 2011 by Motorola Mobility Inc. It later changed to Google Technology Holding LLC through an application in 2016. According to reports, Google acquired Motorola in 2012 and later sold it to Lenovo in 2014.

With this patent grant, it seems that Google is nurturing its AR field. Reports showed that the company has been nourishing its AR research through the AR platform by making tools available to AR developers for creating AR experiences. Besides, Google Creative Lab possesses a few AR-based apps like Just a Line – Draw Anywhere with AR, an AR system that allows users to make drawings in AR and share them with a short video. For more visit: https://www.kashishipr.com/