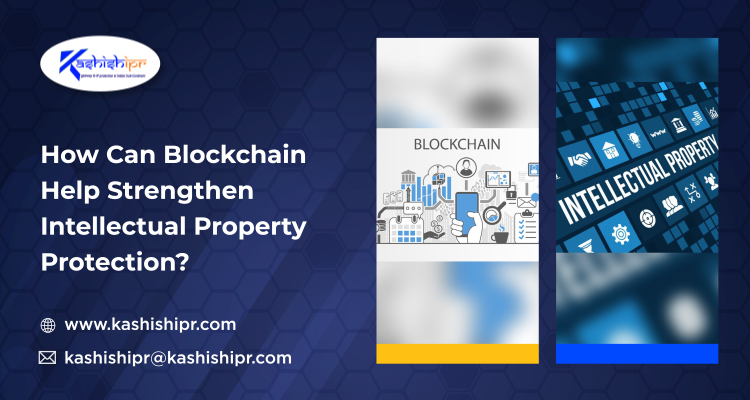 Why is IP Protection Such an Imminent Concern?

The reason behind the same is that it is your work, and you must have invested a lot of time thinking about something like that and then spent several nights working on it to make it a reality. What if now someone else takes the credit for all your effort – Is it even ethical? The answer is a big ‘No’ since it is outrageous for you as the creator of the unique work. Furthermore, in the past, when someone tried to make an IP claim in the court of law for possession, the middlemen and bureaucracy used to create chaos in everything. Due to the involvement and interference of multiple unnecessary individuals in the entire process, the time taken to resolve the issue was prolonged, and it was arduous to identify the culprit and come to a judgment.

Understanding Blockchain & How it can Protect IP

In simple terms, blockchain refers to a data structure or method that stores digital records and data in a decentralized way, implying that no central authority holds access to the operations of the said system. In other words, we can define blockchain as a distributed ledger technology creating a transparent and secure record of every transaction and reporting the transactions undertaken to everyone on the blockchain platform. For instance, if you want to prove the creation of your article, i.e., your copyright, on the blockchain, the technology would not store your actual article. Instead, it would record a hash, i.e., an encrypted string of numbers and letters, which would uniquely identify the said article, enable verification of authorship, and provide evidence that the creative work in question, i.e., the article, in this case, existed at a given time, without revealing its actual content. Then this hash is linked to other hashes made during the same time, and all these are recorded in a single ‘block.’ Every block then is turned into a hash, with each new block also referring to the hash of the previous block, thereby creating a cryptographically connected chain of blocks. Any modification or alteration to an older block shall break the entire chain since the hash of that specific block shall not be validly referenced in the subsequent blocks anymore.

As a result of this efficient and robust approach, a blockchain-based platform or system is always transparent, unhackable, and immutable. For safeguarding an IP asset, the three previously mentioned aspects are the three core requirements.

If you decide to store your IP assets using blockchain, you must seek the assistance of a professional attorney trained in Intellectual Property Law. He shall be able to discuss all the options that would best protect your IP assets. Where an individual or an entity attempts to infringe upon your IP assets or contests your ownership, he can offer valuable guidance and support throughout the evidence gathering and litigation process. You can reach out to us for the same at kashishipr@kashishipr.com!

Blockchain technology allows for a guarded and secured chain of evidence for IP ownership. If a person were to change the data stored in a particular block, the hash value of that block would change. However, the subsequent block would still hold the original hash value linking to the original block.

Kindly note that changing the linking hash changes that particular block’s hash value as well. Unless an individual can modify or edit each block on the chain with the corresponding new hash values, he can’t modify or change the data stored on a block. The same has low risk as the computing power to alter every block’s hash is improbable for individuals. Since blockchain technology provides a tamper-proof way to store data, creators and owners can safely store their IP assets.

Additionally, blockchain technology offers a way to trace the ownership of an IP asset. The date of creation of an IP asset can be stored in the block’s data. If your IP asset is ever contested, the data can be used as evidence to prove your ownership. The capability to trace IP ownership shall save an immense amount of resources and time in evidence gathering during the litigation process if pursued, as third parties shall then be able to view the chain of ownership.

The Use of Smart Contracts

The introduction of smart contracts has undoubtedly increased the utility of implementing blockchain to safeguard one’s IP assets. Smart contracts live on the blockchain-based system or platform and perform actions like allowing access to the info or data on the block when the required conditions are met. Through this functionality, an IP owner can give licenses to individuals who wish to access his IP by accepting their digital signature. In the same way, an IP owner can also deny an individual access to his work. Additionally, smart contracts can be utilized to collect royalties from individuals who use and establish IP assets by establishing a contract.

For hosting IP data, IoT may be considered; however, security issues pose a major concern in this aspect. Cyberattacks are becoming more prevalent nowadays, and data security is at extreme risk. Although using a private network to host IoT devices may enhance the security level, the use of blockchain technology with IoT shall altogether add a new layer of security. Storing IP data on a blockchain-based platform shall ensure it cannot be tampered with in the scenario where a system faces a cyber incident.

All in all, blockchain technology shouldn’t be overlooked when it comes to recording data. The technology has advanced significantly from being used only for cryptocurrency. It now offers a more secure and reliable mechanism to store valuable IP assets, such as copyright, patents, and trademarks. It provides added functionality with smart contracts and enhanced security for IoT technology. ✅ For more visit: https://www.kashishipr.com/