How to Overcome the Refusal of Trademark Application in China? 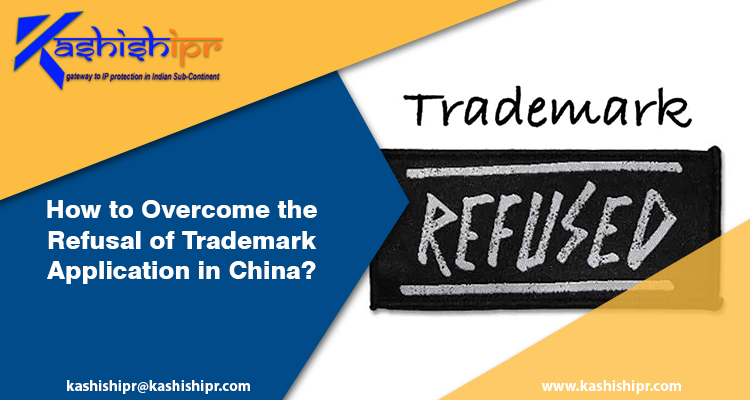 With the continuous increase in the activities of filing Trademark Applications in China, the total number has exceeded around 30 million. Well, it is undoubtedly beneficial for the applicants in particular and the nation as a whole. However, if considered in the view of the enormous volume of already existing trademark applications and registrations, the new requests are facing remarkably higher risks of getting rejected because of being the same or similar to prior trademarks. Are you also among those who are looking for Trademark Registration in China but have a fear of refusal? Don’t be afraid. In this article, you will be aware of the essential information that would help in preventing the rejection of your trademark application in China.

The most efficient and common means to overcome such refusal is a co-existence agreement signed with or the letter of consent signed by the owner of the prior registered trademark conflicting with yours. Although the co-existence agreement and letter of consent may not play a decisive role in overwhelming trademark refusals, Intellectual Property Attorneys, examiners, and judges dealing with trademark registration in China are holding an open attitude toward these documents. Indeed, over half of the agreements or letters are often accepted, thus enabling trademarks to be granted registration.

Whether it is a co-existence agreement or a letter of consent, the same will be accepted if subject to factors like the degree of similarity between the two trademarks, the business fields to which they belong, their customer groups, and the status quo of co-existence in the market. The reason why trademark authorities go for this practice is – despite the aspect that displays the trademark right as a private right, consumers’ interests need to be taken into account. It means, the co-existence of two trademarks, if appear giving rise to confusion creating problems for consumers, the same will be considered detrimental to consumers and then will be rejected. On the other hand, if the trademarks don’t create confusion, then the co-existence will be deemed acceptable.

Things to Be Remembered while Submitting Co-existence Agreements

The trademark application filed for a term COOLPRO in regards to a prior trademark CODIPRO. Here, 1) the designated products related to the two trademarks, though belonging to machinery equipment yet falls under different categories. 2) Moreover, if overall visual effects and pronunciations are considered, the two marks appear dissimilar to each other to some extent. 3) The co-existence agreement and letter of consent are the genuine expressions of the intention of the cited trademark owner.

In this case, the new and the cited marks differ to some extent in terms of designated goods and representations. Besides, the agreement shows the clear intention of the cited trademark’s owner. Hence, in the absence of evidence demonstrating that the co-existence agreement or letter between the two parties will cause damage to the public interest, the cited trademark must no longer pose a hindrance against the new one.

The trademark application for SmartWing (in the italic font) refused by citing a prior trademark SmartWing (in a standard font). Here, 1) both the cited trademark and the refused trademark share identical elements, i.e., English alphabets, and thus constitute similar representation. 2) The refused trademark having its representation and designated products similar to that of the cited trademark can lead to confusion and misleading amongst the relevant public. Although the letter of consent and co-existence agreement succeed in resolving the conflict of interests and civil rights amid the refused mark’s applicant and the cited mark’s owner concerning the trademark registration and exercise of rights, the system still operates to safeguard public’s interests.

In this situation where the chances of confusion and misidentification of the source of items by the relevant consumers cannot be ruled out, the application for trademark registration fails to comply with the provisions of the Trademark Law in China.

Under the current scenario, co-existence agreements are often disregarded as the trademark for which the applicant wants to obtain registration is identical with a prior mark in most cases. Nevertheless, there are possibilities of acceptance if both the trademarks are distinguishable. Therefore, the applicant should seek a co-existence agreement with the owner of the cited trademark to overcome the refusal. Furthermore, as the court and Trademark Attorneys in China hold an open attitude towards such matters, it is worth trying to lodge a lawsuit with the help of a deft attorney even if the co-existence agreement is turned down in a trademark review suit against refusal at the Intellectual Property Office. For more visit: https://www.kashishipr.com/