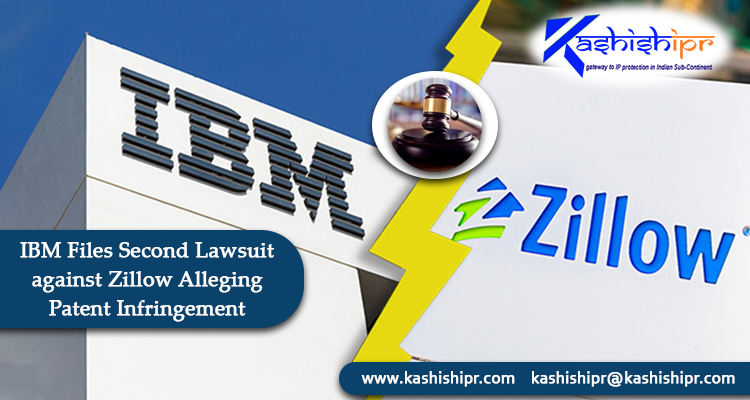 The American multinational technology company, IBM (International Business Machines Corporation), has quite recently escalated its legal battle by filing a second lawsuit against Zillow (an American online real estate database company) alleging Patent Infringement. According to IBM, Zillow has infringed upon its patents to build a real estate search engine.

In the lawsuit filed on 21st July 2020 in federal court in Washington, IBM claimed that Zillow has infringed upon five of its patents, which improve the searches by ranking results and simplifying the content displays, among several other things. IBM also alleged that despite the written notifications, Zillow has engaged in a policy of willful blindness and is still very much using the technology. As per IBM’s statement in its complaint, dozens of similar companies, including Apple, Amazon, Facebook, and Google, have agreed to come into license agreements with IBM; however, Zillow is not among them. IBM stated that Zillow, instead, has chosen to infringe upon the five patents mentioned in the lawsuit filed without even paying due attention to having adequate licensing discussions in place.

For several years now, IBM and Zillow have been fighting over patent licensing deals.

Last year in September, IBM sued Zillow in federal court in California by accusing it of building its portal with the unauthorized use of IBM’s seven patented technologies. In that complaint, IBM stated that it had tried hard for three years to enter a licensing agreement with Zillow but wasn’t able to do the same. In that particular case, IBM is now seeking royalties on the billions of dollars in revenue, which Zillow has reportedly earned based on its infringement of IBM’s patented technology.

As per various reports and surveys conducted, IBM invests even more than $5 billion in research and development every year. The company has a history of filing patent infringement lawsuits against other tech giants like Twitter and Groupon. In March, this year, IBM filed a patent infringement lawsuit against Airbnb by accusing the travel startup of using its patents corresponding to improved navigation with advertising and bookmarks in an interactive service.

In a recent statement delivered, Zillow mentioned that it is very much aware of the lawsuit filed against it by IBM. Zillow believes that the claims in the lawsuit filed are without any merit. It further said that it would safeguard itself vigorously from this patent infringement lawsuit. For more visit: https://www.kashishipr.com/