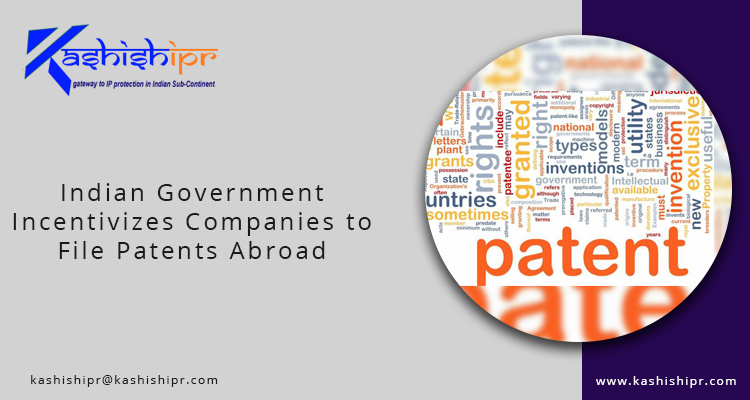 The government of India recently has simplified the rules for patents filed by women, small entities, and government agencies, and also incentivized Indian firms to file patents abroad.

The Department for Promotion of Industry and Internal Trade (DPIIT) has notified the additional rules to amend the Patents Rules, 2003. It has also expedited the examination of patents if the applicant is a small entity, startup, or an institution established by a Provincial, Central, or State Act, which is controlled or owned by the government as well as the institutions that are wholly or substantially financed by the government.

A maestro on the Intellectual Property Rights (IPRs) revealed that they have focused on expediting the examination of patents to encourage creativity in startups, small companies, and women. He further added that this step would help the nation’s government to commercialize its patents by charging a royalty.

Besides, the government has incentivized Indian firms to file patents abroad. It has done this by putting an end to the fees required as payment for the electronic international application under the Patent Cooperation Treaty (PCT) and the transmission through the World Intellectual Property Organisation (WIPO), created in 1967 to foster creative activities and promote the protection of Intellectual Property (IP) throughout the world.

The department has also floated draft guidelines for the protection of IPRs in academic institutions, including schools, colleges, universities, etc. As per these guidelines, the patent rights would rest with an educational institution if a student, faculty member, or researcher therein has used the resources and funds associated with it for developing a useful product.

This move by the government and legal authorities is expected to benefit the companies, women, entrepreneurs, and all those who are facing challenging times and stiff competition in today’s highly competitive market. Although it would take Indians sometime to plan their way according to the new amendments in filing a Patent Application to obtain Patent Protection within the nation and abroad, they will soon welcome new opportunities and benefits. For more visit: https://www.kashishipr.com/