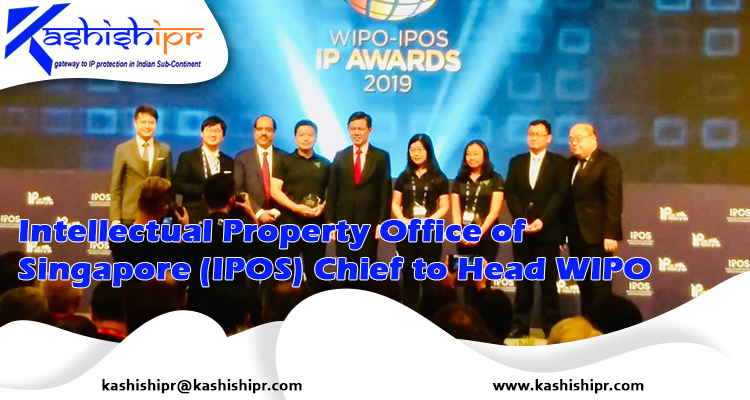 WIPO is one of the fifteen dedicated agencies under the United Nations and was created to encourage creative activities as well as promote the protection of Intellectual Property (IP) throughout the world. Headquartered in Geneva, Switzerland, this agency oversees 192 member states and 26 international treaties associated with the Intellectual Property Protection.

By now, Mr. Tang has headed IPOS, a statutory board under the Ministry of Law, after taking over the responsibilities from Mr. Tan Yih San in 2015. Currently, he chairs the standing committee on copyright and other related rights at WIPO.

Australian Francis Gurry, the current director-general of WIPO, has held the position since 2008, managing the organization for two-six year terms. Now, as Mr.Gurry’s current head would be going to end on 30th September 2020, a circular by the chairperson of the WIPO coordination committee on September 30 this year was sent to all member states. The circular aimed at inviting the member states to nominate one of their citizens as a candidate for the position of director-general by December 30 this year.

If we talk about the WIPO coordination committee, it has to nominate a candidate for the same position by early March 2020. However, the appointment of the person to the post by the general assembly is scheduled to be held by May next year.

In a Facebook post on November 13, 2019, Ambassador-at-Large Tommy Koh revealed, ‘he that’s day afternoon had introduced Mr. Tang to the diplomatic corps.’ In his post, the Singaporean international professor, lawyer, and diplomat noted that Mr. Tang was a member of a team, negotiated the US-Singapore Free Trade Agreement. Besides, he was a member of the committees/organizations, settled the Regional Comprehensive Economic Partnership and the Trans-Pacific Partnership.

Professor Koh said that as a Singaporean, Mr. Tang would prove to be an excellent broker and bridge builder amid the east and the west and between the north and the south. He added that Mr. Tang, during his tenure, had modified IPOS into a remarkable innovation agency, and Singapore undoubtedly is recognized as possessing “the best IP regime in Asia and one of the best worldwide.”

In October this year, Singapore ranked 1st in Asia and 4th in the International Property Index, an annual ranking provided by the US-based Property Rights Alliance (PRA) that emphasizes the strength of laws focusing on the protection of Intellectual Property Rights (IPRs).

Well, it’s just a nomination. The final result, which would be based on decisions by many, including the WIPO coordination committee, the general assembly, and more, has yet to come. For more visit: https://www.kashishipr.com/