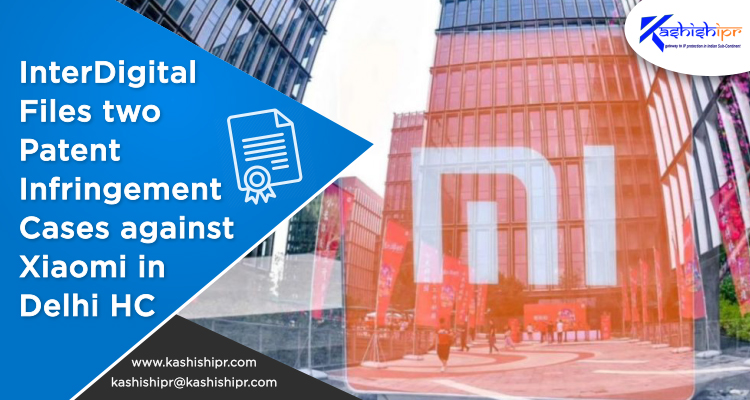 InterDigital (a US-based mobile technology research and development company specializing in providing video and wireless technologies for mobile devices, services, and networks across the globe) has quite recently filed two Patent Infringement cases against Xiaomi (a Chinese electronics company headquartered in Beijing) in the Delhi High Court.

According to InterDigital, the Chinese phone maker has involved itself in the unauthorized use of three H.265/HEVC (High-Efficiency Video Coding) patents and five cellular 3G and 4G patents owned by InterDigital.

The company claimed that it has been in negotiation with Xiaomi for quite a while now and ended up filing the case after they couldn’t reach an agreement.

InterDigital is now seeking compensatory and punitive damages against Xiaomi along with an injunction to prevent further instances of patent infringement in India unless Xiaomi agrees to a FRAND (Fair, reasonable, and non-discriminatory) license as determined by the court.

The President and CEO at InterDigital, William J. Merritt, said in a statement delivered that video and wireless standards play a crucial role in eliminating the barriers to entry, which allows new companies like Xiaomi to enter the market and emerge successfully without making any investment in previous wireless research activities. He further said that advanced research drives the key video and wireless standards, and fair licenses with companies making use of such technologies. According to him, it enables companies like InterDigital to research more, which, in turn, benefits the users and industry at large.

Huawei, Apply, and Samsung are some of the other tech giants using InterDigital’s products.

The Indian patents owned by InterDigital on the cellular side, which are in contention, include the solutions enhancing utilization of cellular resources for applications (such as VoIP) that require continuous allocations of uplink resources. The other patents enable mobile users to have quick and efficient access to 4G (LTE) networks and minimize power consumption by selectively switching the handset’s LTE modem to sleep mode. The patents corresponding to videos include an enhanced video decoder that reduces the network resources needed to deliver videos. Additionally, it also reduces the memory required to store videos on the handset, which leads to an improved video streaming experience. The other solution improves the picture quality for a decoded video by offering a series of filters. For more visit: https://www.kashishipr.com/