Japan Seeks to Reinforce Intellectual Property for Fruits and Veggies 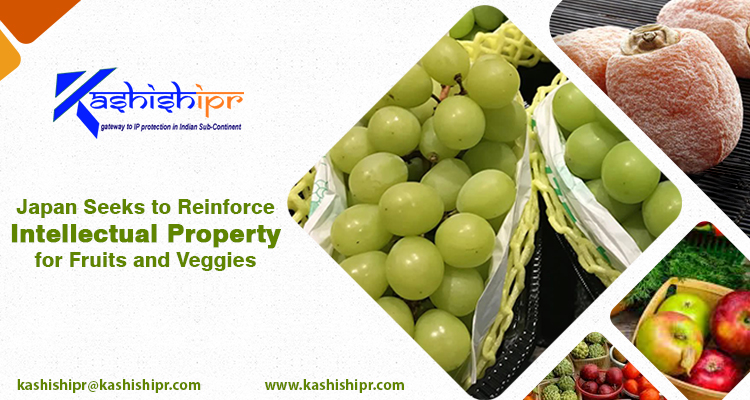 With the advent of the year 2020, there comes news that Japan is planning to strengthen Intellectual Property (IP) control over its premium products, like fruits and vegetables being sold overseas to prevent its high-end crops from being grown and then sold as the products of other countries.

As per Japan’s Ministry of Agriculture, Forestry, and Fisheries (MAFF), the crops that have been influenced by the failure to appropriate implementation of IP control abroad include the high-end Shine Muscat grapes. It is a crop being produced by other nations such as Korea and China.

FoodNavigator-Asia, one of the leading online news sources for the food industry for near about 20 years, confirmed with MAFF that the proposed initiative for ministry to handle this situation is to appoint a private company to work on the Intellectual Property Protection of Japan’s newly cultivated fruits and vegetables.

MAFF officer, who opted to remain anonymous, emphasized that although it hasn’t yet been confirmed, the department is seeking at budgeting for such a company to help Japan secure new fruit and vegetable varieties. He added that discussion on this matter is on-going internally, but no official details are in place till now. This protection would likely be applied only to new produce varieties.

That said, if approved, such a move would bring good outcomes for the country’s agricultural industry, which is striving to boost up its high-end fruit and vegetable exports from the current estimated JPY1tn (US$9.2mn), as per Japan times.

Japan’s Ministry of Agriculture, Forestry, and Fisheries’s Intellectual Property Strategy 2020 report also lined up strengthening the IP protection of new plant varieties as a vital area of focus to uplift competitiveness of the nation’s seed and seedling industry.

MAFF, in the strategy report, said that it is crucial to establish an environment where breeders can easily obtain and use legal rights to promote the new and excellent plant varieties with international competitiveness both in Japan and abroad. Measures to strengthen IP protection was highlighted as a significant section of the report, with the ministry aiming to do so by both:

MAFF added that it is essential to ensure that the right holders can confirm the IP violation overseas and take border measures promptly and appropriately. Besides these, several other efforts are being planned by Japan and MAFF. One out of them includes methods to identify the geographical area where a product is being produced and ways to conserve varieties for which new applications have been filed.

As part of the doings undertaken by MAFF Intellectual Property Consortium, which is known as Japan’s IP protection watchdog for its products’ overseas Trademark Applications, activities related to Geographical Indication ranked very high on the list, according to the consortium’s latest report.

Emphasizing GI, MAFF said that in Japan, many brand products have already obtained a remarkable reputation because of their unique production approaches and natural characteristics like regional climate and soil conditions. The GI Act helps the government to protect the name of such products.

He ended by saying that Japan works with a dedicated GI symbol to indicate protected products. Moreover, to achieve its aim, the nation has recently established a webpage on the online tax donation website Satofull. It is a site that allows people to donate their produces to preferred municipalities in situations of disaster. In return, they would be benefitted by having a large portion of total donation deducted from their taxes. For more visit: https://www.kashishipr.com/