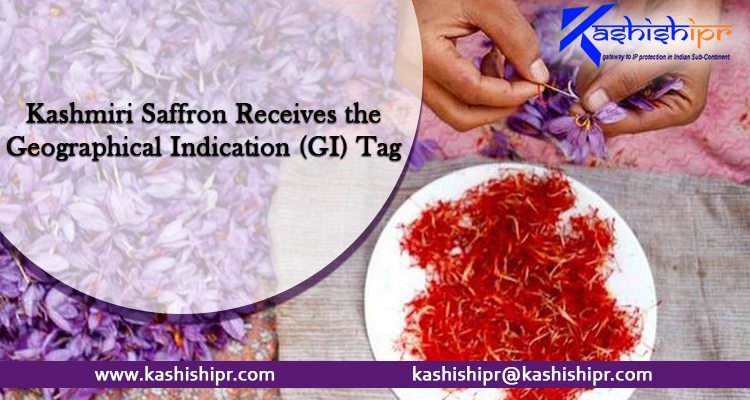 We all have heard about Agra’s Petha, Mathura’s Peda, Darjeeling Tea, Banarasi and Kanjeevaram Sarees, and Manipur’s Black Rice, as they are well-known in India by their names. All these products have received the Geographical Indication (GI) tag. As of now, somewhere around 624 products in India have got the GI tag, and Kashmiri Saffron is the latest one on the list. The Darjeeling Tea had received the first GI tag in India back in 2004.

The Kashmiri Saffron is primarily produced in Srinagar, Pulwama, Kishtwar, and Budgam, and is grown at an average height of 1600m to 1800m above the sea level.

A geographical indication is a name or mark given to the natural, agricultural, or manufactured products of a specific region (country, state, or town). A GI tag is granted to only those products, which have unique features and special qualities. No other person is allowed to use the GI tag other than the region to which the same is issued. In India, the GI tags are issued based on the Geographical Indication of Goods (Registration and Protection) Act of 1999. The tags are granted by the Geographical Indication Registry under the Department for Promotion of Industry and Internal Trade and the Ministry of Commerce and Industry.

The Geographical Indication Registry has granted the GI tag to Kashmiri Saffron on the corresponding application of the Directorate of Agriculture and Government of Jammu and Kashmir.

What was the need for Kashmiri Saffron to get the GI tag?

The world’s leading producer of saffron is Iran, which cultivates even more than 300 tonnes of saffron on 30,000 hectares of land every single year. Besides, Afghanistan and Spain sell poor-quality saffron at an exceedingly low price, as a consequence of which, the price of Kashmiri Saffron has fallen at present by almost 50 percent.

Kashmiri Saffron is a lot more different from the saffron produced in other countries. Because of its dark color, high aroma, and long and thick thread, it is superior in quality and has pretty high medicinal value. However, due to the low-quality saffron produced in many countries, the producers of Kashmiri Saffron are facing a lot of losses. Therefore, the Kashmiri Saffron growers decided to make their saffron distinguished in the world to get a good price for the same. With the grant of the GI tag and GI recognition, the Kashmiri Saffron shall soon have a unique identity in the domestic and global markets. Additionally, the producers will be able to charge little higher prices to cover their losses. For more visit: https://www.kashishipr.com/