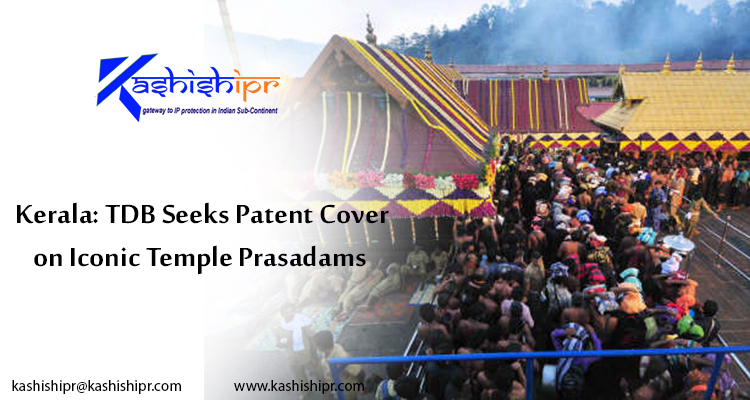 The Travancore Devaswom Board (TDB) recently has decided to secure a patent for Ambalapuzha Palpayasam, Kottarakara Unniyappam, and Sabarimala Aravana.

TDB president A Padmakumar said that the decision comes following the report showing illegal production and sale of counterfeit prasadams under the name of well-known Ambalapuzha Palpayasam. He explained that fake Ambalapuzha Palpayasam is being illegally produced and sold in several bakeries in the state, and obtaining the patent would prohibit unauthorized people from continuing to sell the products under the same or similar name.

He continued by saying that it is the first time when the temple prasadams will be getting Patent Protection to secure their uniqueness. The TDB has made this decision to obtain the patent rights under the Geographical Indications of Goods (Registration and Protection) Act, 1999 (GI Act), which is a sui generis Act of the Parliament of India for registration and better protection of geographical indications associated with products in India. As per the Geographical Indications Act, no one other than the authorized user can use the name of a registered product.

The recent move by TDB is to check and stop the sale of counterfeit versions of the iconic temple prasadams by hawkers as it is found that many catering agencies are not just preparing similar palpayasam but also naming it as Ambalapuzha Palpayasam. The board members have already started taking legal steps against the cheaters who are cheating people by using the name of their popular product. The law department has been asked to aid them with legal opinions to tackle the case, said Mr. A Padmakumar.

The president also told that earlier this month, TDB had begun with some legal measures against a bakery for allegedly making and selling milk porridge in sealed containers under the famous name – Ambalapuzha Palpayasam. Other than some specific bakeries, several catering houses and marriage caterers are also marketing fake palpayasam under the guise of Ambalapuzha Palpayasam for making profits, and the Travancore Devaswom Board is planning to take legal action against them. He cleared that the real prasadam is prepared at the temple and distributed to the devotees after offering it to the deity, but unfortunately, caterers and bakers at many other places are making the same or similar products, which then are sold with a claim to be real prasadams. At last, he ended the conversation by saying that it is for the first time in history when someone is taking steps to obtain a patent for the temple prasadams/ offerings. For more visit: https://www.kashishipr.com/