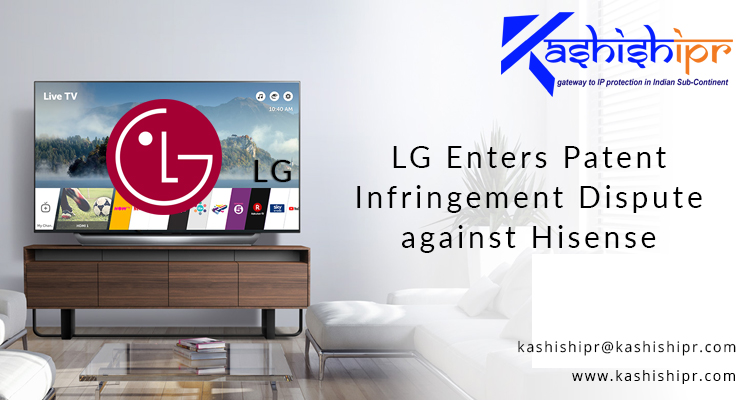 South Korean Electronics Maker LG Electronics Inc., on 5th November 2019, has announced that it filed a Patent Infringement lawsuit against Hisense, alleging that the Chinese TV manufacturer has violated its TV-related patents.

LG announced that it filed complaints against Chinese and American branches of Hisense in the central district court of California for allegedly infringing upon its four patents. The first patent is associated with LED light assembly technology deployed to transfer LED backlights to LED panels in a stable way. The second one revolves around the user interface (UI) technology that aids users to recognize third party devices like DVD players or computers when they are linked to or connected with the TVs. However, the third patent focuses on technology that turns images and pictures on TV screens sharper. The final or last or fourth patent that rests as a part of this lawsuit emphasizes technology that increases Wi-Fi data transfer rates on televisions.

LG claimed that most of the TV sets sold by Hisense in the US (United States) violate these patents. LG added that it sent several requests and warnings for talks with Hisense earlier this year, but the Chinese rival had acted insincerely, thus forcing the company to go for the other option, i.e., the lawsuit.

The South Korean company has made a statement that they will aggressively protect their patents.

Following Samsung, LG Electronics is the second-largest TV manufacturer worldwide, but its earnings were shortened by its compatriot arch-rival and Chinese upstarts at the beginning of this year. At the time of the second quarter, LG Electronics’s total shipments decline by around 700,000 as compared to the previous quarter, and this appeared as alarm bells for the company as the second quarter is the phase when TV manufacturers can show their strongest performance by launching new products at highest possible prices. LG saw that its gains turned half in the second quarter in comparison to the same period a year ago.

Meanwhile, Hisense has grown to become the fourth-largest firm worldwide in shipment totals and the fifth largest in terms of sales figures. According to IHS Markit, a London-based global information provider formed in 2016, Samsung held 31.5% of the total market share calculated globally in TV sales during the second quarter. LG and Sony followed Samsung with 16.5% and 8.8%. Nevertheless, Chinese companies Hisense and TCL with 6.2% and 6.3% of overall market shares respectively were not far behind.

LG recorded that its third-quarter profits have been gone down in comparison to last year’s gains. And therefore, during the announcement of the third-quarter results said that it was optimistic and promised to proffer a “stable profit structure” for its OLED TV line-up, which would be equivalent to a premium consumer device that will ensure its growth. As part of the patent lawsuit, LG is demanding an undefined amount of damages from the Chinese rival, which with a strong presence on its home turf, has expanded its share in the United States and Europe. For more visit: https://www.kashishipr.com/