Liability of Online Intermediaries under the Copyright Regime 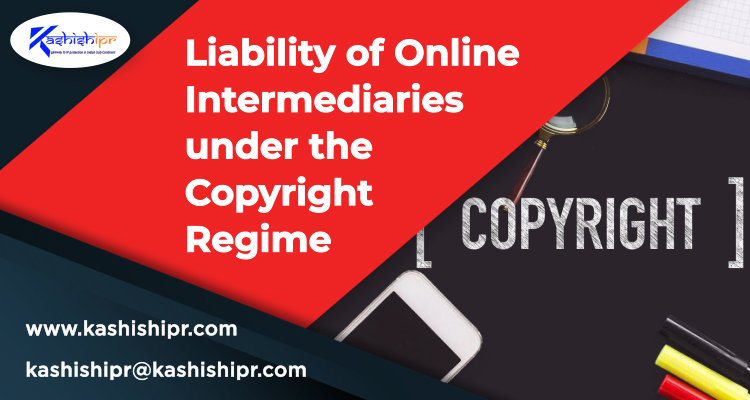 Expressing oneself by utilizing e-platforms like Twitter, Facebook, Instagram has become an integral element of freedom of speech and expression in the much-digitized world. It becomes imperative to set the rules straight to exercise such freedom in the fairest possible way without inviting any trouble.

Also, as per the Information Technology Act, 2002 ‘intermediary’ under section 2(w) connotes as follows– 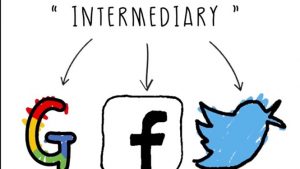 So, an intermediary is like a middleman in a transaction that helps in the process of exchange of goods/dialogues. Since the content exchanged through the use of such platforms is user-generated, the question arises as to how far can intermediaries be held liable?

Why should we be Concerned about Intermediary Liability? 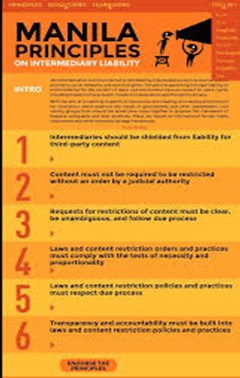 It is not just a matter for debate amongst lawmakers and law enthusiasts since it has an overreaching impact on the lives of every common man who has access to the internet. With the number of people using the internet – reaching the 60% mark and about 3.8 billion people using social media to connect and express themselves, the issue of intermediary liability has gained much relevance. The issues surfacing intermediaries’ liability needs to be set straight to not only limit infringing activities but to identify infringers and acts constituting such infringement for ensuring smooth online governance and administration under the provision of the law. The same can influence the right to free speech and expression, the right to privacy for the user, and the freedom of trade and commerce for the intermediaries to some extent. It is for this reason that the Manila Principles were formed by internet rights activists and civil society organizations for encouraging a harmonized copyright regime in the digital parlance, considering the Universal Declaration of Human Rights (UDHR), the International Covenant on Civil and Political Rights (ICCPR), and the United Nations Guiding Principles on Business and Human Rights (UNGPBHR).

The law dealing with intermediary liability is reflected in two different laws, including the Communications Decency Act and the Digital Millennium Copyright Act (the ‘DMCA’). Section 230 of the Communications Decency Act gives immunity to the ‘interactive computer service’ facilitator from the content generated by a third-party on its platform. The protection is broad enough since it imposes no duty on such intermediaries to take any action against the offensive use of such platforms. The provisions of the Act were used by Myspace in the classic Doe vs. Myspace case to get rid of the liability for its negligence to ascertain the age of its users leading to susceptibility of minors at the hands of sexual predators.

Unlike the Communications Decency Act, the DMCA provides a conditional ‘safe harbor’ provision instead of absolute negation of liability and responsibility. It provides for a proper ‘notice and take-down’ process where any infringing content is found by the intermediary or at the request of the copyright owner. The DMCA was fully explored in the recent case of Viacom International Inc. vs. YouTube Inc., where the court extended greater protection to intermediaries and laid the burden of proving the element of knowledge of the intermediary about the infringing act entirely on the copyright owner. Since Viacom was unable to prove YouTube’s knowledge about the specific Copyright Infringement on its portal, the court rid YouTube of any liability being brought up in the said case.

The legislation about intermediaries in the EU is subject to a lot of conflicts since it imposes a legal duty upon the intermediaries for the kind of content hosted on their e-platforms. Article 13 (Article 17 in the amended version) of the EU Directive on Copyrights imposes liability upon online

intermediaries for the user-generated content if it infringes someone’s copyright. It has come to be known as the ‘meme ban’ since although parodies and memes may be excluded from copyright infringement; however, how far can this be given a blanket exclusion is questionable since most of these memes are based on excerpts from copyrighted films and movies. The same can adversely hamper small enterprises in the conduct of their business as well as a user’s free speech and expression on the digital platform.

The major provisions dealing with intermediary liability can be quoted from two different laws, namely, The Copyright Act, 1957 and the Information Technology Act, 2000. Other than that, the owners can file quia time suits to seek an injunction against websites, which are likely to host infringing content.

Section52(1)(c) of the Copyright Act clarifies that no liability arises unless the intermediaries are aware or have reasonable grounds for believing that the content being stored is an infringing copy. However, on finding such infringing use over the intermediary’s platform through a written complaint, the intermediary shall stop access to such content within 21 days.

On the other hand, Section 79 of the IT Act states that an intermediary shall not be liable – if it is proved that the offense or contravention was committed without their knowledge or that they had exercised reasonable due diligence to prevent the commission of such an offense or contravention. Both these provisions safeguard the intermediaries from user-generated infringing content to the extent of their unawareness only. The Information Technology (Intermediaries Guidelines) Rules 2011 deploys some specific procedures to be followed by such intermediaries, which includes: 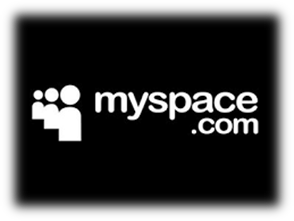 In the case of Super Cassettes Industries Ltd. vs. Myspace Inc. and Anr, the court held the intermediary liable for copyright infringement by allowing viewership and sharing of pictures along with music belonging to Super Cassettes since the infringer knew of the existence of such content on their website. A similar decision was taken in the Kent RO Systems case.

Therefore, in India, knowledge of the intermediary plays an important role when it comes to the question of deciding the liability.

The Disparity in the Indian Law

There is little clarity concerning the law on intermediaries since the law does not lay down as to the kind of content that is not permissible under the law. Also, it is not clear what exact action shall the intermediary take when it finds such content. It is for this reason why many intermediaries have taken the issue of censorship into their own hands, which could be seen as an act of infringement of a user’s freedom of speech and expression guaranteed under the constitutional law. The same is what is being commonly observed nowadays since the statistics project that the number of takedown notices has substantially increased, ripping off the basic human-rights and leaving a ‘chilling effect’ on free speech only because intermediaries want to escape from their liability. It is, for this reason, why India’s intermediary law is facing challenges, as also observed in the mouthshut.com case.

The threshold of protection warranted in the EU is far more stringent than that in the US or India. The law concerning intermediary liability is still at an infant stage and has the potential to grow with the upcoming technical improvements and other nuances. Therefore, it is imperative to maintain a safe balance between generating online content and curbing copyrighted expressions through digital interfaces. A very restrictive environment can stifle free expression and restrict the circulation of ideas that may be beneficial to mankind; on the other hand, very relaxed provisions could mean multiple suits against monopolistic rights. The course taken by different countries in this respect will be interesting to observe. ✅ For more visit: https://www.kashishipr.com/