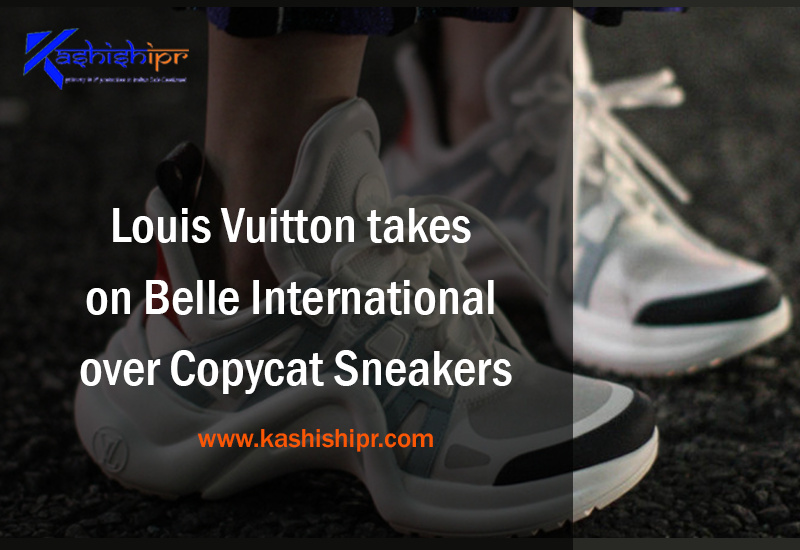 According to the Louis Vuitton’s complaint filed in an intellectual property high court in Hong Kong, Belle International (China) and Best Able Footwear – both subsidiaries of Chinese footwear giant Belle International are selling a footwear that strongly replicates noteworthy attributes and features of its spring’18 style which has adversely affected the brand’s business and reputation.

The brand’s Archlight sneakers retail for $1,090 and have always been a celebrity favorite since the time they were first launched by maintaining a distinctive reputation and goodwill.

Formerly listed in Hong Kong, Belle International considers itself as China’s largest footwear retailer and owns many shoe brands consisting of Joyce and Peace, Staccato, and Mirabell, to name a few, predominantly targeting the women’s market.

According to the reports of SCMP, Belle International began selling its alleged lookalike style in July, 2018. The fashion label, Louis Vuitton, is now asking the court to immediately and permanently bar Belle International and Best Wear Footwear from selling the products in question, and for the remaining merchandise to be handed over or destroyed. The brand is also seeking an unspecified sum of damages to be determined at trial.

According to the judiciary website, a trial date is yet to be scheduled. More Visit: http://kashishipr.com/