Metrasens Gets another Patent for Its Global MRI Safety Business 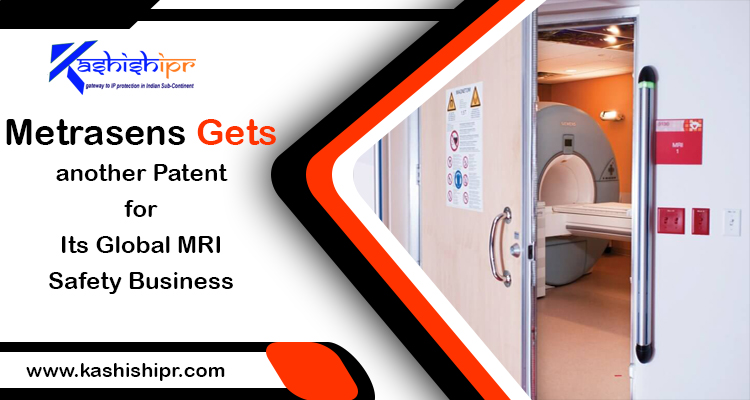 Metrasens, the world’s leading provider of advanced magnetic detection technologies, on 3rd September 2019, proudly announced the further strengthening of its patent portfolio through the grant of a new patent by the US Patent and Trademark Office (USPTO). The recently granted patent emphasizes protecting the technology that reduces alarm fatigue in Metrasens’ Ferromagnetic Detection Systems (FMDS) used to enhance the safety of patients and staff in hospitals’ MRI departments.

FMDS systems for MRI safety invented by Metrasens’ founders were first introduced worldwide in 2003, and since then, MRI departments in over 36 countries have purchased Metrasens’ Ferroguard safety systems. With its first patent granted before 2000 and a total of 21 international patents at present, the company owns a substantial Intellectual Property (IP) in the field of magnetic detection. However, the patent of this family granted in China is presently subject to a case in the China State Intellectual Property Office (SIPO) by Nanjing Cloud Magnet Electronic Technology Company Limited.  Metrasens is also taking legal action against the plaintiff and its member – Nanjing Haole Technology Company Limited (NH) in the Shanghai Intellectual Property Court for Patent Infringement and the Nanjing Intermediate Court for Copyright Infringement. In regards to this case, SIPO has announced that it thinks the patent is invalid as it lacks an inventive step. It seems as if Metrasens will strongly appeal to the SIPO decision.

As a defendant, Metrasens said that Nanjing Haole Technology Company Limited was previously one of the Metrasens’ appointed distributors that were designated to distribute its Ferroguard FMDS products in Southern China. Metrasens had chosen to terminate the relationship on discovering that this group was involved in the emergence and sale of products, which in Metrasens’ opinion, possessed very similar functions and technical features to Metrasens’ patented products. Metrasens, with the help of its distributor – Beijing Yihai has established itself as a leading provider of MRI safety solutions to hospitals across China. The leader also has a further eight patents in the Patent Application filed in China as a reflection of its substantial investment for developing technology that helps to keep the Chinese public safe.

Dr. Simon Goodyear, Metrasens’ co-founder as well as CEO, said that their close relationships with the Chinese radiology community and MRI system vendors have enabled the rapid and accelerating adoption of their Ferroguard systems in China. They are proud that the MRI community and IP administrative value their products’ benefits that are the result of their years of experience. With the new grant, they will continue to pursue their goals of advancing and ensuring patient safety in China, and of safeguarding Metrasens’ business and intellectual property, with equal vigor. For more visit: https://www.kashishipr.com/