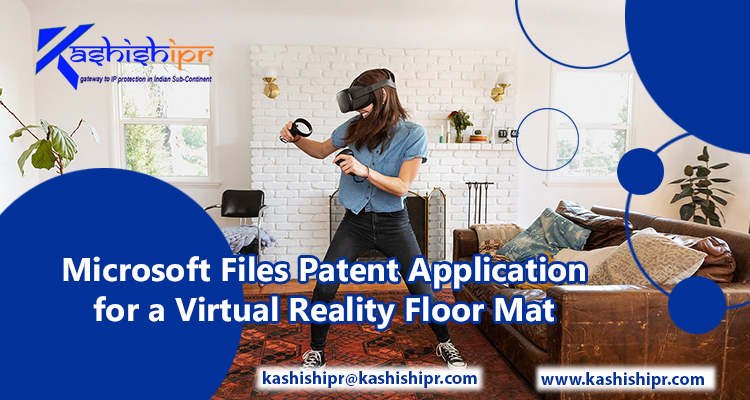 Recently, Microsoft has filed a Patent Application emphasizing a vibrating floor mat that will be helpful in Virtual Reality (VR) gaming. Filed with the U.S. Patent and Trademark Office (USPTO), the new patent describes the floor mat as a device that could prevent the gamers or users from colliding with surrounding objects.

It further reveals that the VR-enabled floor mat would deal with a real-world concern faced by multiple users. By completely blocking out the players’ surroundings, VR offers an immersive experience, and as the experience is quite astonishing, they remain restricted to a closed space, enclosed by walls, furniture, tables, and other objects. Blocking out these sorts of objects from sight raises the risk of colliding with them while the gamers are moving. For this reason, many VR gamers have turned to rubber floor mats to avert accidental striking into furniture, tables, or other objects at the time of gaming. Nevertheless, the new vibrating floor mat of Microsoft, if it sees the light of day, would for sure take the users one step further as it will act as a fail-safe that tackles a real-world VR issue ruining the gaming experience of many players.

Besides, the patent mentions the possibility of including “vibration devices” into the mat to make it vibrate. It is not all; Microsoft’s patent continues to list several other configurations associated with the possible VR mats, including one, which would provide some customization options so that the players can personalize their play space.

The guardian system in virtual reality computing devices operates by displaying warning messages while a player leaves the designated space, and thus, prevents collisions. However, the documented complaints on social media sites have proven that the guardian system isn’t sufficient. As per a few reports, a Russian virtual reality gamer is said to have died after falling from a glass table in 2017.

Engadget report shows one other idea of this patent describing that Microsoft could be available with interlocking floor tiles, which would let users add some surrounding tiles to the mat’s square footage if they don’t have sufficient space.

While applying for a patent is not at all a confirmation by any means, the vibrating floor mat can be estimated as a possible reality. For more visit: https://www.kashishipr.com/