Netflix Secures ‘Space Force’ Trademarks Ahead of the US Armed Forces 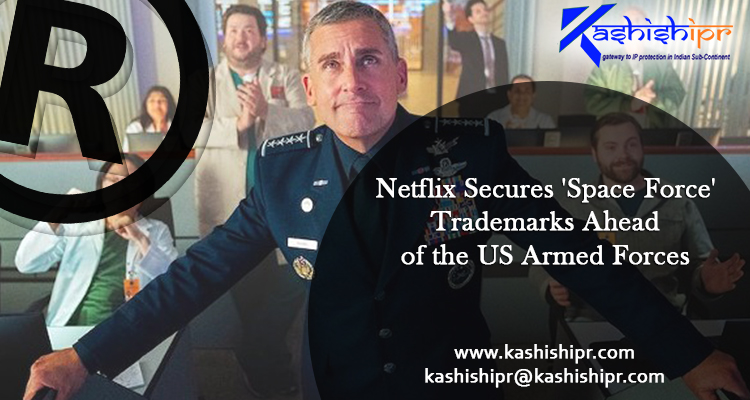 The Netflix original comedy, ‘Space Force,’ starring Steve Carell and based on the new branch of the military launched by President Donald Trump, has quite recently obtained the Trademark Rights for the name before the US government.

Space Force is the space warfare service branch of the US Armed Forces. According to various reports, the show has efficiently secured the trademark rights to the name ‘Space Force’ in multiple places, including Mexico, Australia, and Europe. On the other hand, the Air Force, at present, has a pending Trademark Application for the registration of the name ‘Space Force’ in the US. The same implies that the show has more confirmed trademark rights than the US military.

Usually, the US Patent and Trademark Office (USPTO) grants trademarks as per the ‘First-to-use’ system, and Netflix had filed the trademark application for the name of the show as early as January.

In 2018, Trump had directed the Pentagon (the headquarters building of the US Department of Defense) to create a Space Force serving as the sixth and the youngest military service branch of the Department of Defense. The move has indeed been a talking point for President Trump in the past, with the supporters chanting ‘Space Force’ at his rallies taking place in the months following the directive.

The Netflix original show named after the branch debuted late last month. It revolves around the character of Steve Carell, who works as a General developing the new Space Force. The series, in addition to Carell, has other stars, including Ben Schwartz, John Malkovich, Lisa Kudrow, Diana Silvers, and Jimmy O. Yang.

Although most of the people across the globe do understand that there is a massive difference between the military ‘Space Force’ and the show ‘Space Force.’ However, the concept of a trademark can undoubtedly play an integral role in the merchandise confusion; for instance, if mugs or clothing were to hit the stores and the customers become curious to know who out of the two was selling the goods.

An Air Force spokesperson has recently mentioned that the military branch is unaware of any trademark conflicts at the moment with the fictional program ‘Space Force’ produced by Netflix. The entire branch has wished the best to the ‘Space Force’ show in its creative description of the newest branch of the military in the US. For more visit: https://www.kashishipr.com/