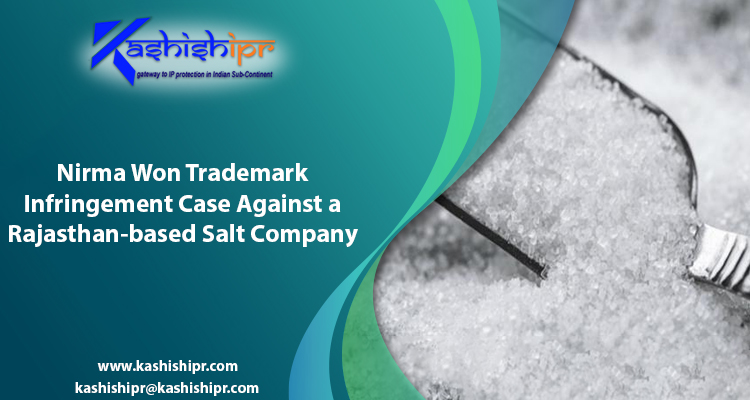 Gujarat-based Nirma Limited, a name trusted in almost every household across India for its wide range of quality products, like cosmetics, soaps, salt, etc., has won a Trademark Infringement case against a Rajasthan-based salt company.

A local Court restrained the Rajasthan-based salt company from promoting and selling its products not just under the brand ‘Neema Shudh Iodised Salt’ but also under any label with a mark similar to it. With the decision where a city civil court restrained Pawan Salt Suppliers to use the brand or mark confusingly similar to Nirma’s, it seems that the Nirma Ltd and Nirma Chemical Works Ltd who filed this 16-year-old lawsuit could now experience a sense of relief. As applicants, the two Nirma groups claimed that they have been marketing iodized salt and several other products under the trademarks Nirma and Nima for many decades, and these trademarks have made them acquire goodwill and reputation for their products across India.

Found to be engaged in the marketing of iodized salt, Pawan Salt is a partnership firm from Nawa City in Nagpur district in Rajasthan. The Nirma groups learned that Pawan Salt has been selling its products under the name ‘Neema Shudh Iodized Salt.’ Nirma’s representatives said that they approached Pawan Salt in the year 2004, and the Rajasthan-based company promised that it would stop using the name for its products. They added that one of the Pawan Salt’s partners also wrote and delivered a letter to them with this assurance.

However, everything remained as it was, i.e., Pawan Salt continued selling its product under the same name. That’s why Nirma came to court, alleging violation of its trademark rights. It complained that the style in which Neema Shudh is written is similar to how Nirma uses Nirma Shudh on its iodized salt, and therefore, led to confusion and deception in the market.

Nirma claimed that it got the label and Trademark Registered under Class 30 in 1969. Moreover, its Trademark Registration Protection for salt products is still valid, subsisting, and in force. The use of the deceptive name and label by the Rajasthan-based company made it earn a lot of money illegally on the name of Nirma. These facts clearly showcased that Pawan Salt amounts to an infringement on Nirma’s Intellectual Property Rights (IPRs), the plaintiff added.

After hearing the case and finding the information provided by Nirma to be correct, judge S H Patel ordered Pawan Salt to stop selling its salt under the name of ‘Neema Shudh Iodized Salt.’ For more visit: https://www.kashishipr.com/