Patent Assertion Entities: A Boon or a Bane? 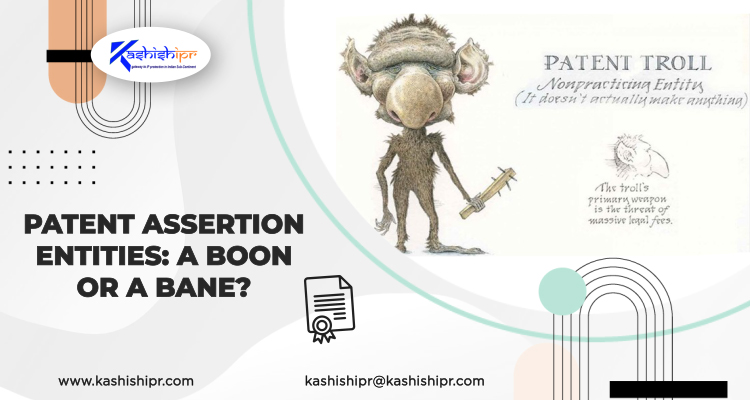 The term ‘Patent Troll’ originated in 1994 in an educational video by Paula Natasha Chavez called the ‘Patents Video.’ A patent troll is a term used for describing a company that uses Patent Infringement claims to win arguments and court judgments for profit or to stifle competition. It is what gets in easy money and therefore, often termed as a ‘patent shark,’ ‘dealer,’ ‘marketer,’ or ‘pirate.’ A patent troll operation may be called a ‘patent assertion company,’ ‘entity,’ or a ‘non-manufacturing patentee.’ It simply utilizes legal loopholes in bad faith.

The internet has resulted in the era of patent trolls, directly or indirectly. The maximum number of cases are witnessed in the software industry wherein statistics project that as many as 74 percent of the patents issued are being litigated. Facts also suggest that 90 percent of these cases are decided in favor of the defendants.

There are two sides to a coin, and therefore, while patent enforcing entities are always looked down on, there is another side to the story where they can do well to inventions – the extent of the same, however, stands questioned. Before uncovering whether patent assertion entities are a boon or a bane, let’s look into the ‘patent trolls’ as is commonly held by the majority.

Characteristics of a Patent Assertion Entity

The common attributes of a patent assertion entity have been enumerated as follows:-

Some companies that have been labeled patent trolls are Intellectual Ventures Management, LLC, Acacia Research Corp., and Lodsys, LLC.

Point of View 1: Patent Trolls do not Hurt Innovation

According to this viewpoint, patent trolls give way for further innovation. Patent trolls often conduct through IP Due Diligence to acquire high-quality patents capable of exponential monetization. Also, these dealers streamline research and development initiatives towards designing around those patents. The same results in an increment of a said invention, which, in turn, leads to advancement within a particular industry. It not only helps the industry by advancing it and making available relevant choices for consumers but also leads to more competition, which ultimately means lesser prices. Consider, for example, the telephone or television manufacturing industry. Since the number of trolls operating therein is at the maximum rate, the prices have seen a rapid decline over the years.

Let us consider a few facts as having been enumerated below, which would help determine the nature of loss incurred due to patent trolling:

How to Protect your Firm against such Patent Assertion Entities 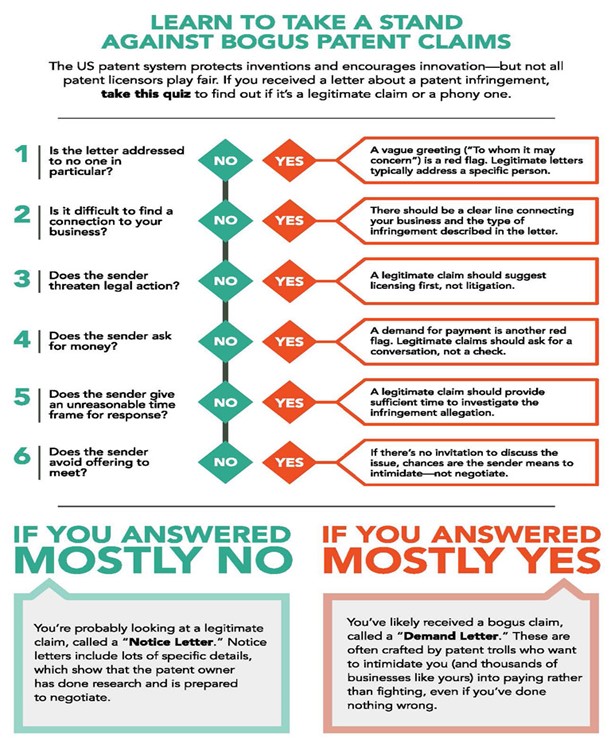 Some studies, as has been noted above, point out that patent trolls, on one side, can be effective in boosting the economy and innovation through innovating around a particular technology and, on the other side, cause potential damage to startups as well as well-established companies. Both these points of view are parallel to each other, and only further research into the subject matter can clear the air in the said domain.

Whether they are apt for the economy or not, the sufferer has to bear an enormous cost, and relinquishing such exorbitant cost requires each entity, whether big or small, to keep such practices under a check. It is imperative to guard the IP assets through proper registration and renewal procedures. Also, while drafting claims of a Patent Application, it should be held tight and not broad enough for patent trolls to find space for alleging infringement against such rightful inventors. Lastly, frequently asserting entities should be kept under constant watch to understand their working and actions to minimize the damages they are likely to cause. ✅ For more visit: https://www.kashishipr.com/