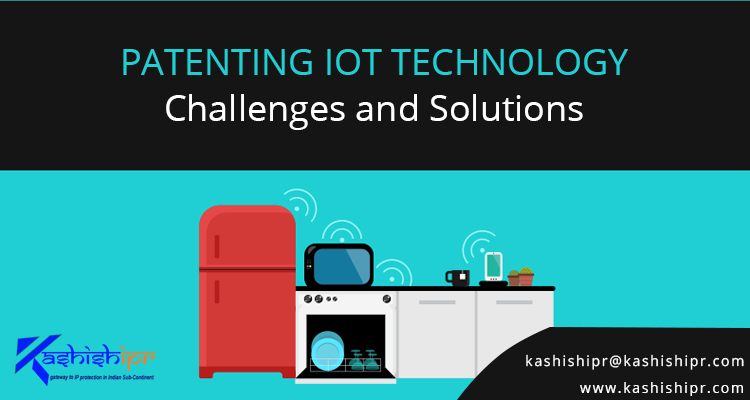 The advent of the Internet of Things (IoT) was undoubtedly the phase when the number of interconnected gadgets outstripped the number of human beings on the planet. Now, if we consider the path covered so far and the road ahead, the number of continuously increasing IoT gadgets reached 8.4 billion in the year 2017 and expected to be 30 billion in 2020. Furthermore, future predictions and market coverage showcase that this technology would be going to change not just how we work but also the way we live. With the decreasing cost of the technology needed to control the different devices and increasing internet connectivity, IoT is expected to become an all-pervasive technology in the upcoming ten years. The technology is so diverse and vast that it has applications in almost every field, including Medical and Healthcare, Automation and Control, Transportation, etc.

In the IoT domain, the bulk of patent-related activities take place regularly. The patent distribution in this domain is quite fragmented. For instance, LG Electronics, Qualcomm, and Ericsson, followed by many other companies, hold remarkable patent portfolios. If considered as per the nations, then the United States, Asian markets of China, Korea, and Japan have seen the noteworthy increase in the number of patent filings. These are a few; however, almost every country is observing an increase in their patent filings revolving around IoT technology.

From the above-given information, we can conclude that IoT has emerged as a hotbed of innovations with a wide range of companies investing heavily in this domain. However, obtaining Patent Protection for inventions in the IoT domain isn’t a cakewalk. There are various challenges that the companies operating and innovating in the IoT domain often face in regards to patenting their IoT devices. Hence, one who wants to have the advantage of this modern technology in a complete sense should understand the challenges that usually shake the IoT domain along with the solutions for them.

Challenges in association with patenting IoT can be classified into the below two categories:

IoT systems, in general, consist of multiple gadgets working together, thus giving birth to different ways in which the same/specific invention can be claimed in a Patent Application. For instance, apparatus or device claims that encompass the IoT gadget itself, method claims that emphasize how the IoT device functions or operates, software-styled claims that take care of software-implemented processes carried out by the IoT device or remote server that interacts with these gadgets. Due to the cost factor, most people prefer limiting their patent applications to only two or three independent claims.

A precise solution for this kind of challenge points towards being aware of the patentability requirements, the proposition from the invention, and the cost for attaining the patent. Besides, you should discover the most suitable type of claims for your innovation. The best way to do so is to get answers for the four questions, including what’s the business model of your company, where does the novelty lie, what’s the relevant licensing value for each sort of claim, and who can be the potential infringer.

As IoT technology is interactive, it often gets implemented in multiple dissimilar locations, and thus, generates circumstances in which not only one but several parties can infringe on the inventor’s patent rights. Besides, one can violate the IoT system, as a whole or in parts, i.e., he/she can sell, own, or operate various components used to make the system. Divided infringement emphasizes on the query – whether or not there’s any infringement liability if the violation is split among multiple devices, actors, or parties. The current rules provided by Patent Law states that infringement liability could be possible if the steps in the Patent Infringement process are performed by various parties and also when a single defendant practices ‘control of direction’ over the whole process in a way that every step is attributable to the controlling party.

To overcome issues related to the divided infringement, there is a need to draft precise claims from the perspective of the main component in the IoT system. However, either due to continuously updating technology or uncertainty about whether the invention is patent-eligible or not, drafting such claims may appear arduous or even impossible sometimes. In such cases, inventors should prefer claiming the components that are more likely to be sold or operated by competitors.

IoT enables the world to effectively connect and exchange data, thereby creating numerous opportunities by allowing direct integration of the computer-based systems into the physical world. It results in improving work efficiency, enhancing economic benefits, and reducing human exertions. Although the underlying goal of IoT ecosystems focuses on process optimizations and economic benefits, there are high chances that inventions related to IoT can be categorized as an abstract idea, which can be secured under patent protection without showing technical improvements or tangible results. For more visit: https://www.kashishipr.com/