Plain Packaging in the Tobacco Industry and its Impact on Trademarks 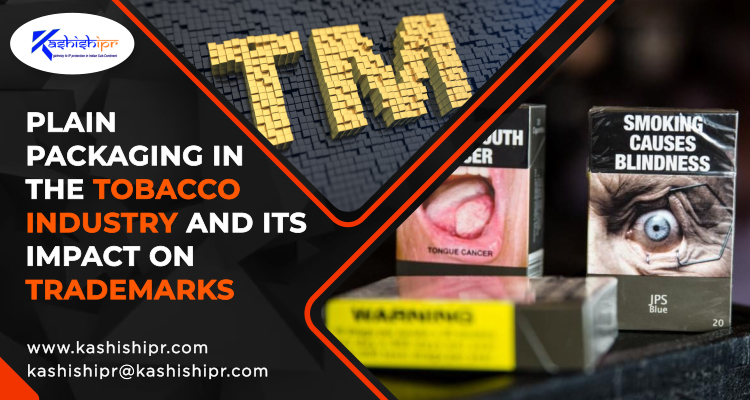 Plain packaging refers to the laws or regulations requiring that cigarettes are to be sold in standardized packs without any stylized trademarks, logos, or colors. Instead of branding information, the cigarette packs are dominated by graphic health warnings and other legally required information and tax-paid stamps with only minor space reserved for the brand name in a plain uniform typeface. As a result, each cigarette pack looks the same as every other pack that is officially sold in the market. The idea is to make such tobacco-related products less attractive to the people and discourage their consumption.

Plain packaging initiatives attempt to reduce the consumption of cigarettes by restricting the manufacturers to standard packaging devoid of all branding. Tobacco manufacturers argue that this constitutes an expropriation of their Intellectual Property (IP) and points to the constitutional protections for property in national and international law.

Tobacco companies have invested money in developing products that people want to buy and in developing brands to support the marketing of these products. Packaging forms a crucial aspect of tobacco companies’ branding, and brand loyalty is high among smokers. The ‘Marlboro Man’ advertising campaign is widely acknowledged as one of the most successful in the history of advertising, and the Marlboro is one of the most identifiable and valued brands in the industry. Marlboro’s ‘red roof-top’ packaging is so distinctive that in Canada, where the word mark ‘Marlboro’ is owned by a competitor, Philip Morris began selling Marlboro cigarettes in the distinctive packaging without any name at all. However, the packaging was so closely associated with the word ‘Marlboro’ in the minds of consumers that the court found this constituted Trademark Infringement despite the absence of the mark.

Trademarks are undoubtedly valuable assets, and tobacco companies argue that plain packaging laws constitute the confiscation of these assets. Plain packaging is a hindrance to the brand function of a trademark. While customers have taste preferences, it can be argued that cigarettes are largely similar to one another and that brands influence the choices of the customers. The packaging is a significant tool for communicating the brand objective, and the obligation of plain packaging eliminates this function. The ability of tobacco companies to develop brands and to communicate their brand objective was also affected by advertising bans. Several brands have earned goodwill and reputation in the market emerged as well-known trademarks. Enforcement of plain packaging trumps the entire idea of trademarks in the tobacco industry, and the basic rights provided to all such trademark proprietors are infringed. The distinguishing function of a trademark, which enables it to differentiate the goods of one seller from another, is greatly affected. Trademarks also facilitate consumer choice and assurance to source and quality.

For a consumer, plain packaging makes it harder to tell the manufacturer from which the product comes. It also makes it difficult to tell the difference between the various products offered by the same manufacturer. For the manufacturers, it reduces the competitive advantage and discourages investment in new products because these are more difficult to introduce to consumers. It also becomes tougher for the new entrants to the market as the barrier to entry is that much higher. The biggest risk is that it may become difficult to distinguish a counterfeit product from a genuine article and enable the counterfeiters to easily pass off their products as genuine, which puts both the consumer and the manufacturer at risk.

How is the World Responding to Plain Packaging?

Several Intellectual Property Rights (IPRs) associations such as INTA, ECTA, MARQUES, ITMA, ASIPI, and AIPPI have submitted letters in connection with the public consultations in New Zealand and the United Kingdom by strongly condemning plain packaging as an unjustified attack on basic and essential property rights.

The International Trademark Association (INTA), which is a global association of trademark owners and professionals, submitted that the imposition of mandatory plain packaging for tobacco products would deprive trademark owners of their valuable property, which is in contradiction with the statutory laws and international instruments protecting trademarks. INTA further submitted that with plain packaging, there would be an increase in the dangerous trade of counterfeit products.

MARQUES, another influential trademark association in Europe, showed its concern regarding the adverse effects of the plain packaging rule and expansion of the same to other industries. It opined that plain packaging would deny one sector of industry the benefits of its IPRs, and would be a dangerous precedent for the potential loss of rights in other industries as well.

In 2019, Thailand and Saudi Arabia also implemented plain packaging, becoming the foremost Asian countries to do so.

Nothing was done in a serious way to implement these rules until the judgment in the case of Love Care Foundation vs. Union of India, wherein the Court held that the Government of India should take efforts to implement plain packaging for cigarettes and other tobacco products, and directed them to take stringent efforts to implement plain packaging rule for cigarettes, and other tobacco products in the country. Soon after this decision, the Government passed the Cigarettes and Other Tobacco Products (Packaging and Labelling) Amendment Rules, 2014, which was over-shadowed with massive opposition by the Tobacco Industry claiming infringement of their trademark rights.

In 2016, the Supreme Court issued a notice to the Ministry of Health and Family Welfare after hearing Public Interest Litigation (PIL) calling for plain packaging laws to take effect in India. In April 2016, India increased the size of graphic pictorial warnings to 85% on the packet of tobacco products.

Although the plain packaging debate is currently focused on tobacco products, there is rising concern that it will be stretched to other ‘disfavoured’ products, such as alcohol, candy, sugars, and processed foods. For instance, a parliamentary committee in the United Kingdom recently deliberated plain packaging for alcoholic beverages. In such a scenario, it will be challenging for brands to remain competitive in the market and maintain their goodwill and reputation in the market. New strategies of branding and maintaining goodwill have to be evaluated by businesses while at the same time adhering to the plain packaging laws. There is no doubt that the plain packaging rule deprives the trademark owners of their IPRs and violates international standards regarding IPRs, but the state also must protect and raise awareness concerning the health and nutrition of its citizens. The public health argument is an exception to IPRs accepted globally in many IP agreements and domestic legislation. As of now, plain packaging is here to stay. ✅ For more visit: https://www.kashishipr.com/