Protecting your Trademark from Non-Use Cancellation 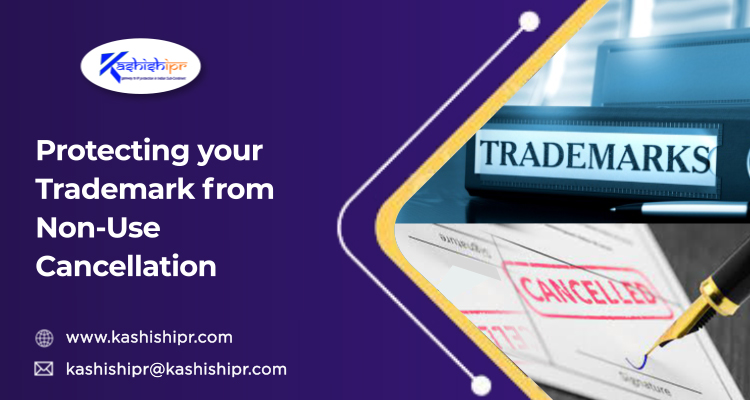 It is becoming increasingly vital that Registered Trademarks are used to maintain their validity and their ability to be enforced against third parties. The removal of any registered trademark from the register of trademarks based on the non-use of the trademark during a specified period concerning the goods or products specified in the Trademark Application is termed as trademark non-use cancellation. Trademark cancellation actions can be filed by third parties and can prove to be extremely time-consuming, costly, and damaging to the brand. So, let us discuss the best way to ensure ‘use’ of your trademark.

Why Does a Trademark Need to be Used?

Use needs to be a genuine ‘commercial use’ and not just a token use and also needs to be in the country in which the mark is registered. The amount and frequency of use will depend upon the nature of the goods or services – for example, the sale of two or three cases of tinned food over five years would probably not be considered sufficient, whereas the sale of two or three ships would. For many nations, applying the mark to goods in a given country for export counts as use even if the goods are not put on the market in that country.

How to Prove Use of a Mark?

It is not sufficient to assert that the mark has been used or produce a catalog or a price list showing the mark in question. There needs to be a clear chain of documentation showing the use of the mark concerning the goods or services for which it is registered. For example, an invoice may show a stock code but not indicate the goods or the mark. It may also be necessary to produce a catalog or a data sheet to show what exactly was sold and how the mark was used. It will probably also be necessary to indicate the turnover in the goods or services concerned.

What If it Has Not Been Possible to Use the Trademark?

In some situations, there may be a justifiable reason why the mark couldn’t be used. For example, if the mark is to be used concerning a pharmaceutical product and approval for the pharmaceutical has been sought in good time from the appropriate regulatory authority but has not yet been granted, then it may be accepted as a valid reason for non-use. However, if a product bearing the mark did not sell, then it would not be a valid reason.

Best Practices to Ensure Use of a Trademark

For brands that are concerned about whether their trademark is being used and want to protect it from a non-use cancellation action, the following questions need to be answered: