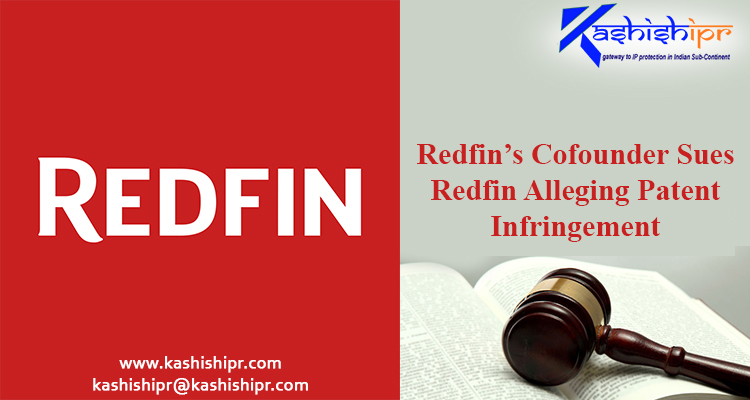 David Eraker, the cofounder of Redfin (a Seattle-based real-estate company founded in 2004), has quite recently filed a Patent Infringement lawsuit against Redfin to stop it from making use of the image-based rendering patents owned by Surefield (a real estate company founded by David Eraker in 2012). The lawsuit is filed at United States District Court for the Western District of Texas in Waco.

Eraker had stopped working at Redfin in 2006.

In his lawsuit filed, Eraker has claimed that Redfin has copied several aspects of Surefield’s online home tour, which was launched in 2014. Through the 3D home-tour technology launched by Surefield in 2014, the sellers are no longer required to pay a 3% buyer’s agent commission for getting the buyers into their home.

It was only four months after Surefield had launched its 3D home tours in 2014 that Redfin came up with its new product, known as the 3D Walkthrough. According to Surefield, Redfin’s new product has made use of its image rendering technology, that too, with a similar interface.

Eraker is Redfin’s third cofounder to file a lawsuit against the real estate company itself.

In a recent statement, Eraker has said that Surefield’s image-based rendering approach is the first solution in the market to a critical problem lasting in the residential real estate, which is to get people into houses, and Redfin copied it quickly, without causing any delay.

The major issue and concern that Eraker has seen in the patent infringement committed by Redfin in its 3D home tours is the technology that it leverages in 3D reconstruction and image-based rendering to create models of a home for real estate sales automatically, which are both spatially navigable and photorealistic.

Surefield has been awarded claims by the US Patent and Trademark Office (USPTO) for its image-based rendering system, which focuses on the use of composite images such as 3D reconstruction approaches to determine the geometry of a home, rendered panoramas, and spatial data labels, to name a few.

In its lawsuit filed, Surefield has claimed that Redfin has repeatedly declined to stop using its patents and has also refused to license them. The company is now looking forward to seeking damages and an injunction.

Surefield has also filed another claim for misappropriation of Intellectual Property (IP) against Redfin and Madrona Venture Group in King County Superior Court in Seattle. As per the claim, both the companies have misappropriated the IP corresponding to the map-based search and other inventions of Surefield. For more visit: https://www.kashishipr.com/