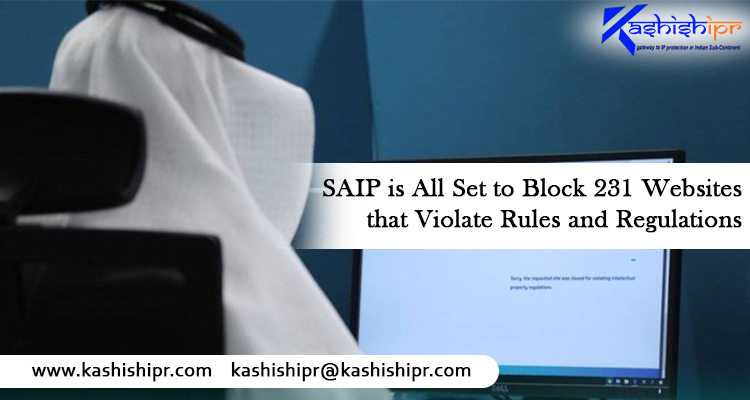 As a part of its robust and continuous efforts for minimizing violations against the Intellectual Property Rights (IPRs) within the Kingdom of Saudi Arabia, the SAIP has monitored, examined, and analyzed a total of 231 websites that violate the IP laws and has prevented the same from being browsed within the nation.

All the detected websites include a host of violations, such as broadcasting sites of encrypted sports channels directly, downloading and watching both movies and web series, downloading or listening to songs on music sites without obtaining a license or authorization from the IP owner, and downloading books in PDF formats.

Furthermore, the SAIP has also detected some websites that are selling subscriptions for encrypted TV channels either through illicit streaming devices (ISDs) or software to decrypt the encrypted site for illegally displaying materials.

The SAIP has confirmed that all these practices violate the Copyright Protection law and are entitled to fines and penalties that may reach up to SR250, 000. Besides, the violation of the law may even lead to the cancelation of the website’s commercial license or its closure. In some scenarios, it may even lead to the imprisonment of the license holder for a span not exceeding six months or defamation at the account of the infringer and removing the infringement.

The SAIP has made it crystal clear that it will neither tolerate the ones who violate the rules and regulations nor accept the violations at any cost. It has also asked the residents and citizens of Saudi Arabia to support all these efforts and initiatives and respect the IP Rights. For more visit: https://www.kashishipr.com/