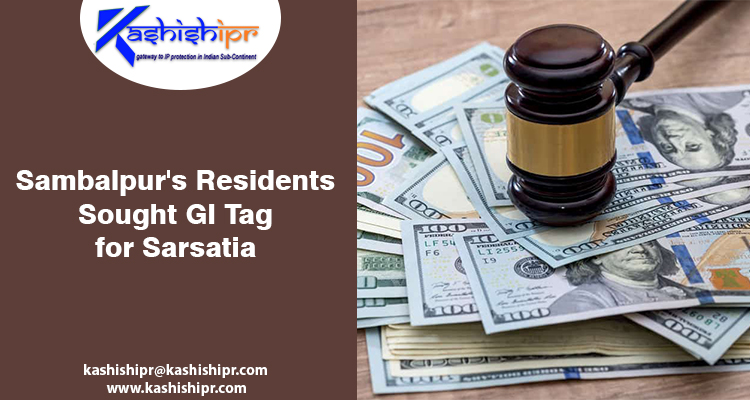 Residents of Sambalpur, a city located in the western part of Odisha in India, have recently demanded Geographical Indication (GI) tag for a local sweet delicacy named Sarsatia.

The locals said that Sarsatia is an excellent sweet prepared with distinctive ingredients like twigs of ginger, sugar, and rice powder, and has gained popularity both nationally and internationally. They further added that the GI tag for this sweet would differentiate it from competing products in the national and international markets. Moreover, many have claimed that the Geographical Indication Registration will help in boosting exports of Sarsatia, along with putting the area on the global map.

What Made the Residents Demand GI Tag for Sarsatia?

The quaint little shop in the Kunjelpada area in Sambalpur city, where Prabhulal Gupta and his wife Rekha Gupta have been preparing Sarsatia, has appeared witnessing a mad rush. For Guptas, things have been quite hectic because word of mouth on this local delicacy has spread like wildfire drawing attention from different corners of the state, country, and even world. Then, with the inclusive coverage of this best-kept secret of Sambalpur by OTV (Odisha Tv), the popularity of Sarsatia sweet exploded. OTV or Odisha TV is a regional Odia Indian Cable Television station.

Given Sarsatia’s popularity, the residents of Sambalpur shared their wish that the popular local delicacy should get GI tag. Badharam Das, a resident, said that Sarsatia is one of the best delicacies available only in Sambalpur district. He continued by saying that given the sweet’s national and international popularity, it should receive the Geographical Indication Protection.

Prabhulal, whose family has been preparing this crispy sweet for the three generations, said that previously his family used to make Sarsatia only in the morning. Nevertheless, due to the growing demand, they now need to prepare it even in the evening. Prabhulal added that the demand has now increased so much that they don’t get time even to make food for themselves. People used to flock their shop from 5 AM to 6 PM.

Another resident, Chittaranjan Tripathy, said that as Sarsatia is a very tasty sweet and available only in Sambalpur, people in large numbers visit there to buy it. They can’t get the sweet anywhere else in the world, he ended.

Well, demanding GI tag for Sarsatia seems a good attempt by the Sambalpur’s residents to enhance exports of sweet, and thus, benefit not just the city but also the nation. However, it isn’t yet certain whether their demand would get fulfilled or not. For more visit: https://www.kashishipr.com/