STANDARD ESSENTIAL PATENTS AND THE PROBLEM OF REGULATING ROYALTIES 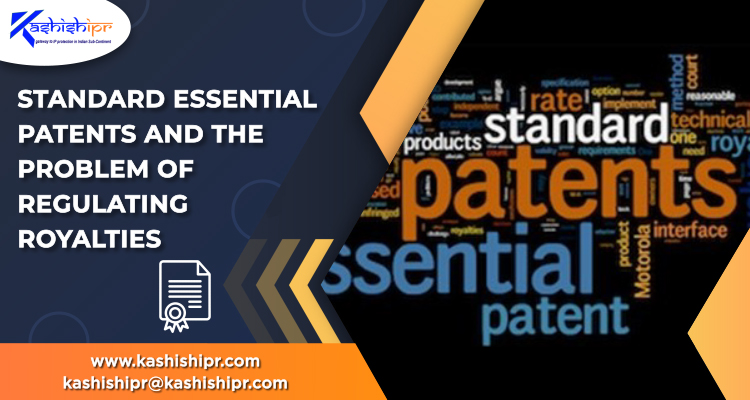 In the words of the World Trade Organization (WTO), Standard Essential Patents (SEPs) are defined as:

“Document approved by a recognized body, that provides, for common and repeated use, rules, guidelines or characteristics for products or related processes and production methods, with which, compliance is not mandatory. It may also include or deal exclusively with terminology, symbols, packaging, marking or labeling requirements as they apply to a product, process, or production method.”

In concise terms, SEPs or Standard Essential Patents are those patents that are essential to implement a specific standard for a particular industry. These are the technical requirements, which seek to provide a common and uniform platform or a baseline for a product or process. SEPs may be categorized as ‘de facto’ or ‘de jure’ standards. Patents, which are essential to a standard, are adopted by a Standard Setting Organization (SSO), which may be a governmental, non-governmental, or even a private body. Such formal adaptation of a standard is de jure. SEPs are different from patents that are not essential to a standard (non-SEPs), such as design patents, because, generally, companies can invent alternative solutions that do not infringe a non-SEP. For example, the ‘double-tap to lock the screen’ technology is covered by a non-SEP as there are different technologies to perform the said function. Those SEPs, which come to be practiced widely by many players in the same industry, connote to ‘de facto’ standards. 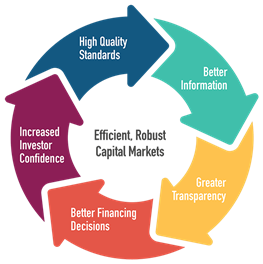 The Intrinsic Conflict of Balancing Private Rights against Public Access

The key issue with SEP is its inherent conflict with the IP regime since the patent thrives on the idea of excluding the competitors from exploiting the patented technology. License seekers often accuse SEP-holders of charging exorbitant royalty fees regardless of the actual strength of the patent portfolio standardized and also administering litigation threats on innocent users. On the contrary, SEP-holders allege that users disregard the good faith in negotiating licenses and flout the terms of licenses out in the open.

In Europe, SEPs are regulated by SSO like European Committee for Standardization (CEN), the European Committee for Electrotechnical Standardization (CENELEC), or through consortia’s. Certain rules and frameworks are operating within the EU concerning SEP, which seek to provide an irrevocable commitment from SEP-holders in writing to offer to license their essential IPRs to all third parties on fair, reasonable, and non-discriminatory terms (‘FRAND’ commitment), which should be given before the adoption of the standard. The court is also vigilant enough, as could be observed in the case of Apple Inc. vs. Motorola, Inc. since the SEP was not enforced overseeing the right of the junior right holder. These intricacies highlight the importance of even the meager baselines and the involvement of the Commission in seeking solutions to the roots to facilitate the development of SEPs.

Similarly, in the US, the patentee is bound by its commitment to the SSO’s licensing policy through its submission of a letter of assurance abiding by the obligation to license the SEP under FRAND terms to any party. Furthermore, a calculative step is involved in assessing the rates of royalties. For example, according to the Federal Circuit, the necessary apportionment ought to be performed, which firstly includes the patented feature to be ‘apportioned’ from all of the unpatented features reflected in the standard and secondly, the patentee’s royalty to be premised on the value of the patented feature, not any value added by the standard’s adoption of the patented technology.

These steps are necessary to ensure that the royalty award is based on the ‘incremental value’ that the patented invention adds to the product, not any value added by the standardization of that technology. Also, Section 5 of the Federal Trade Commission Act of the United States enforces the prevention of the use of “unfair methods of competition in or affecting commerce.” It made recommendations to courts to deploy the ‘hypothetical negotiation framework’ for analyzing royalty rates for patents subject to FRAND. 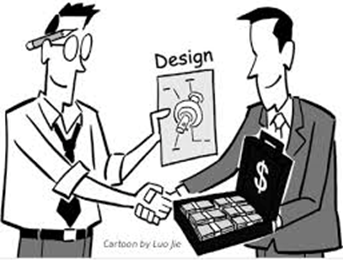 India’s Standpoint on the Issue

However, in India, the SEP jurisprudence is still in the blooming stage, as witnessed after the tiff between the Competition Commission of India (CCI) and the High Court. SEP falls under the scrutiny of Section 4 of the Competition Act, 2002 that speaks of abuse of dominant position for which the CCI has set a very high threshold. SEP holders often enter into NDAs to prevent the competitors from discovering license rates, which CCI observes to be creating a hindrance in having a fair-trade environment. The CCI and the Indian courts have differed on the method to calculate FRAND royalty rates. CCI’s approach uses the Smallest Saleable Patent Practicing Component (SSPPC) while the courts accept Ericsson’s use of the ‘net price of the Downstream Product.’ As a result, the different approaches of CCI and the courts over FRAND royalties have led to differing outcomes in SEP disputes.

The Probable Solution and Concluding Remarks

As observed above, stalking of royalty is an issue due to which it becomes crucial to determine the measures to be adopted to ensure fair pricing. Therefore, firstly, as also stated by the CCI, Non-Disclosure Agreements should be treated as a prima facie case of abuse of dominant market position as they act as a barrier to free trade, which in today’s global economy, is unacceptable for both the consumers and opponents in the industry. It may be used to hide the licensing cost and royalties that may be levied from one hindering in the determination of the actual fair price or minimum price. Secondly, if not, the maximum and minimum rates of royalties should be disclosed before entering into license agreements.

In the light of the prevalent Indian economic scenario where the government is undertaking ambitious projects like ‘Make in India’ and ‘Digital India,’ it is imperative to stabilize the judicial trends and create a baseline for executable guidelines for hatching confidence and certainty in the minds of those looking to invest in India. Furthermore, it is suggested that the judicial pillar of the nation should refrain from relying on Chinese decisions corresponding to issues about SEPs since they take a protectionist stance inclined towards the proprietor of such technology, which goes against the principles of non-discrimination and FRAND, widely advocated for in international trade affairs. ✅  For more visit:  https://www.kashishipr.com/