Starbucks Clashes with an Alaska Company over Trademark 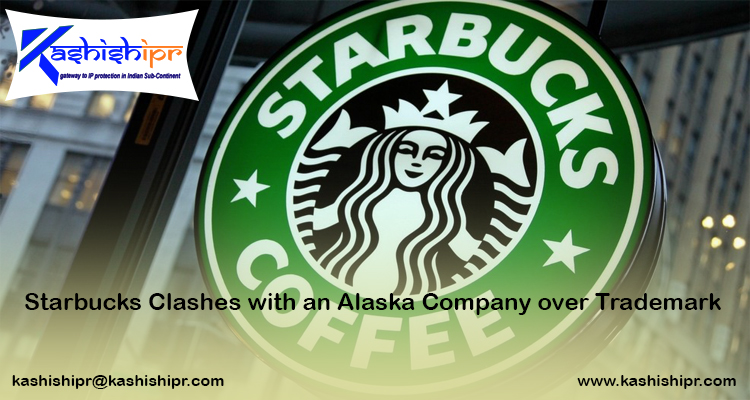 Starbucks, a Seattle-based coffeehouse chain famous for its signature roasts, light bites, etc., is clashing with a small Alaska company, Mountains & Mermaids over a trademark. The coffee giant said that the term Siren’s Brew, which this Alaska Company wants to use as a Registered Trademark is very similar to Starbucks’ branding Siren’s Blend.

As per Anchorage Daily News reports, Starbucks wants the U.S. Patent and Trademark Office (USPTO) to refuse the Trademark Application filed by this Wasilla-based Mountains & Mermaids Company. Alaska business has been looking for registration of the term ‘Siren’s Brew’ under trademark law since late last year when it applied for the same. Besides applying for a trademark, the firm has branded its products with an image of a siren or mermaid holding a coffee cup and recently commenced using the design on coffee as well.

Starbucks in an application filed in August 2019 opposed Mountains & Mermaids Company. The coffee giant said that when it applied to get ‘Siren’s Blend’ trademarked for its coffee products in February 2019, the trademark office has rejected the application as of May, possibly because of confusion with Siren’s Brew.

Starbucks added that it has been using siren in its branding for many years. The term isn’t limited to its well-known green logo but is extended to uses as per the brand’s filing. The word is being used even by its employees to refer to the business and its products.

Starbucks further emailed a statement showing that it has invested in creating an association between a siren and coffee for nearly half a century. Siren is not just an integral part of the coffee giant’s logo since its establishment in 1971 but also the face of Starbucks to the world.

On the other hand, the owner of Mountains & Mermaids – Monica Hamilton along with her daughter Sarah said that they were shocked to come across Starbucks’ opposition relating to their trademark application. Mrs. Hamilton continued by saying that there are no ambiguities at all. They don’t have any interest in interfering with Starbucks’ products or business and expect the same from it.

Established in 2017, Alaska Company is an online retailer having several products that sport nautical imagery. Its term Siren’s Brew refers to the products, including stickers, hoodies mugs, etc., with the design of a siren or mermaid holding a cup of coffee. The quote included in the design pronounces that a siren requires her morning coffee before a day of drowning men and wrecking ships.

Eric Pelton, an attorney representing Mountains & Mermaids, proclaimed that no matter what term Starbucks’ workers use inside the company to describe their branding, it is not the same as any registered trademark. Pelton then added that he intends to submit a response to Starbucks’ opposition to the USPTO by next week. For more visit: https://www.kashishipr.com/