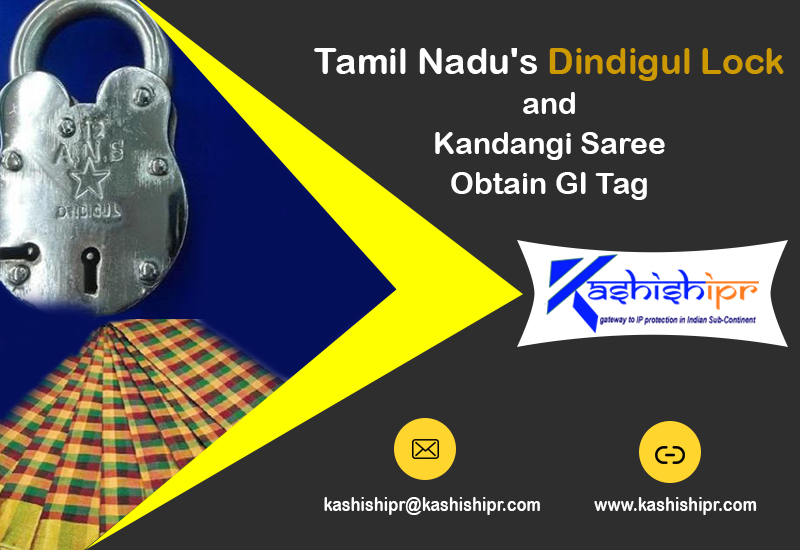 After a long wait, two products known as Dindigul locks and Kandangi sarees from Tamil Nadu have received the GI (Geographical Indication) tags.

The Dindigul Lock, Hardware and Steel Furniture Workers Industrial Co-operative Society Limited and the Amrar Rajiv Gandhi Handloom Weavers Cooperative Production and Sales Society Limited that applied for the tag now own the exclusive rights over these products.

Dindigul locks are so famous for their superior quality and durability that the city where they are manufactured is named as Lock City and most government institutions like prisons, hospitals, godowns, and even temples prefer using these locks instead of the machine-made ones.

The Dindigul-based industry which makes these locks is around 150 years old, spread over an area covering five villages in the district and started by the Sankaralingachari brothers. Moreover, it includes over 3,125 lock manufacturing units located in Nagelnagar, Nallampatti, Kodaiparailpatti, Kamalapatti, and Yagappanpatti. The workers in this lock-making industry make near about 50 varieties of locks by using raw materials such as brass plates and MS flat plates brought from the nearby towns, including Madurai and Salem. Every lock is designed in a unique style and possesses an uncommon name like Mango Lock, Almirah Lock, Export Lock, Door Lock, Excise Lock, Trick Lock, Mango Seven Lever Lock, Mango Nine Levers Lock, Drawer Lock, and Square lock.

The prime reason for the growth of the industry in this region is the abundance of iron.

Kandangi sarees are the hand-woven sarees manufactured in Karaikudi taluk in the Sivaganga district. These are made by highly-skilled weavers of Devanga Chettiars for women of Chettiar community, also known as Nakarathars or Nattukottai Chettiars, who take near about a week to manufacture one exquisite Kandangi saree, characterized by large contrast borders that sometimes cover as far as two-third part of the saree, which is around 5.10 m-5.60 m in length. These cotton sarees, which most people wear in summer, are often bought by customers in bulk.

Kandangi sarees are now being made for more than 150 years, and the traditional ones were in brick-red, mustard, and black combination. It is a combination that flatters to all types of complexion. Besides, these sarees are known for their distinctly characterized borders holding the design of temple checks.

Chinnaraja G. Naidu, Deputy Registrar of Geographical Indications Registry, said that Dindigul lock and Kandangi saree got the GI tag on 29th August 2019. The GIs for both of these products were filed by Chennai-based Intellectual Property Attorney and GI Advocate Sanjai Gandhi. For more visit: https://www.kashishipr.com/