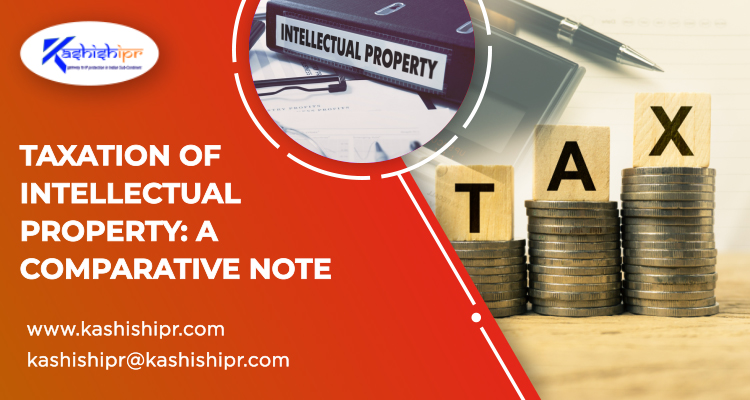 Today, companies are increasingly placing a huge amount of enterprise value on Intellectual Property (IP). In a few instances, the value attributed to IP assets by companies is greater than the entire net worth of the corporation itself. In the modern world, things such as overseas inter-company transactions of IP, franchising models, licensing, mergers, and acquisitions, etc., have attracted taxation on IP as a global issue. As IP’s role in the world economy increased, so did the controversies between taxpayers and the government over the tax implications of IP transactions (for instance, development, acquisitions, sales, and licenses).  Even for authentic inter-company transactions for royalties or license fees, tax authorities of most developed nations necessitate tax on IP assets. Therefore, an understanding of how IP assets are taxed is crucial.

The United States of America

For purposes of the US tax law, IP can take many forms. As embodied in the Internal Revenue Code, IRS regulations, and case laws, IP includes patents, trademarks, copyright, trade secrets, know-how, and computer software. Recently, after the enactment of the Tax Cuts and Jobs Act, taxation of IP has become more complex. For multinational taxpayers, significant changes related to the US IP taxation include a new tax on the global intangible income earned by foreign subsidiaries and a new tax incentive for certain foreign-derived income earned by the US corporations. The Tax Cuts and Jobs Act also reduced the corporate tax rate to 21 percent from the previous 35 percent.

Under the Act, two new rules were enacted, namely, the Global Intangible Low-Taxed Income (GILTI) rules, which are intended to penalize the US-based multinational companies with offshore IP and the Foreign Derived Intangible Income (FDII) rules intended to reduce the US taxes on IP residents in the US but used abroad, thus incentivizing placing, or ‘onshoring,’ IP in the US.

The new GILTI tax reduces the benefit of using foreign IP holding companies to defer the US tax on global income. As a result, GILTI has the biggest impact on industries with low tangible property ownership when compared to revenues, such as the technology sector and the pharmaceutical industry, where companies rely heavily on IP in manufacturing and selling their products or delivering their services.

The act also made some specific changes that make it more costly to transfer IP outside the US. Previously, certain otherwise tax-free transfers of patents, know-how, copyright, trademarks, franchises, licenses, and other similar IP created a taxable deemed royalty in the US, resulting in a tax cost in the US to transferring IP offshore. The act added goodwill, going concern value, and workforce in place to the list of IP that is subject to the deemed royalty, creating an additional tax cost to moving IP offshore. The same serves as a disincentive to transferring ownership of IP outside the US.

In the EU, the Base Erosion and Profit Sharing (BEPS) regime focuses on aligning IP ownership with value creation and eliminating tax structures where legal IP ownership bears little to no relationship to physical IP development. Among the intended targets were the now-infamous ‘Double Dutch’ and ‘Triple Irish’ structures popular in the international IP tax planning for ages. The advantages of these structures were removed by a combination of EU tax court losses, local rulemaking, and changes to transfer pricing rules where economic benefits no longer accrue for mere IP legal ownership, which was the keystone of many favourable IP tax regimes. As a result, a multinational taxpayer may no longer rely on contractual arrangements and R&D funding to mobilize IP income streams. BEPS seeks to tie IP economic benefits to regions where the taxpayer has Development, Enhancement, Management, Protection, and Exploitation (DEMPE) activities. The goal, in short, is to tie IP profits to physical R&D and business activities. There has been a seismic shift in global IP tax planning as numerous tax authorities have adopted DEMPE principles in whole or in part.

Today, something known as ‘Patent Box Regimes’ is widespread in Europe. Patent box regimes provide lower effective tax rates on income derived from IP. Most commonly, eligible types of IP are patents and software copyright. Depending on the patent box regime, income derived from IP can include royalties, licensing fees, gains on the sale of IP, sales of goods and services incorporating IP, and Patent Infringement damage awards. Patent boxes aim to encourage and attract local research and development (R&D) and incentivize businesses to locate IP in the country. Many European countries offer additional R&D incentives, such as direct government support, R&D tax credits, or accelerated depreciation on R&D assets. The effective tax rates on IP income can, therefore, be lower than the ones stated in the respective patent box regimes.

The United Kingdom introduced a ‘Patent Box’ scheme in April 2013 taxing qualifying IP at a reduced rate of 10% in place of the normal corporate tax rate of 20%. The Patent Box in the UK is a tax incentive regime designed to encourage companies to keep and commercialize their patents and innovations by reducing the UK tax paid on those profits. The UK Government wished to support the high-value growth in UK public limited companies through a competitive tax regime that supports UK R&D from conception to commercialization.

A company can use the Patent Box regime if:

Effective IP Planning is the Way Ahead

Looking at these comprehensive rules of each nation on how IP is taxed, all the multinational players with considerable IP assets need to make changes to their tax planning and align their IP assets along with it. What is significant to note from the various tax regimes of these countries is that the tax policies encourage creation and innovation and also favor ownership of the IP assets within their jurisdiction. The tax considerations of IP are numerous and depend upon several factors, such as whether the IP was self-created or acquired or whether the taxpayer’s objective is to use the IP in a business or transfer it through a license or sale. As with most tax planning, it is better to consider the tax issues during the endeavor’s early stages and tailor the tax planning to the taxpayer’s immediate plans. ✅ For more visit: https://www.kashishipr.com/