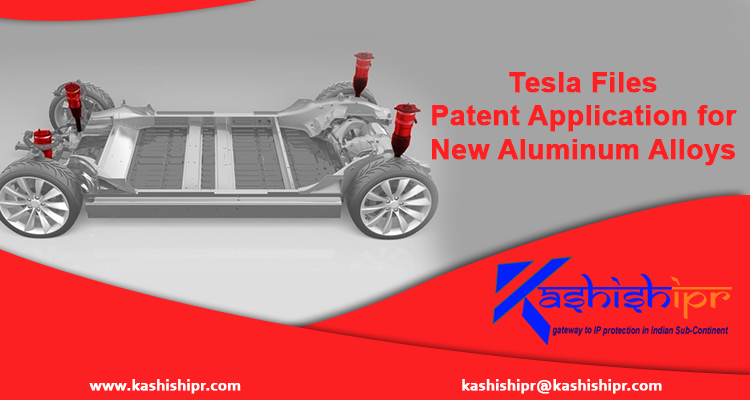 As supported by a new Patent Application submitted by Tesla, the car manufacturer has developed aluminum alloys for die-casting of parts for electric cars.

These aluminum alloys, which besides a high yield strength and a high extrusion speed can also maintain high thermal conductivity, have been developed by the Tesla material team headed by alloy expert named Charles Kuehmann.

An extract from the patent application describes problems with the current aluminum alloys. The application reveals that the commercial cast aluminum alloys exist in two forms – either possessing high yield strength or having high conductivity. For instance, the famous A356 aluminum alloy possesses the yield strength of over 175 MPa but the conductivity of around 40% IACS. Conversely, the 100.1 aluminum alloy possesses a conductivity of more than 48% IACS, but a yield strength of 50MPa. However, for certain parts like rotors, inverters, stators, etc., within electric vehicles, both high yield strength and sufficient conductivity are desired. Moreover, it is desirable to cast the electric-vehicle parts through a quick and reliable low pressure and high-velocity metal injection or high pressure die casting process. It is because current cast alloys don’t well serve the application of these parts. Poor castability of the alloys can lead to hot tearing and result in fill issues, which decreases the mechanical and electrical properties of the end cast part. Hence, there’s still a need to develop cast aluminum alloys with improved conductivity, high strength, and sufficient castability.

Tesla is trying to create alloys that maintain high strength and improved conductivity while being resistant to hot tearing to be used in die casting drive unit components. Tesla’s new alloys are expected to solve the issues with the current aluminum alloys.

Tesla, in its application, revealed that the new aluminum alloys could be tweaked to achieve the yield strength between 90 MPa to 150 MPa and conductivity between 40% IACS to 60% IACS. Besides, it also claimed that its new alloys would support die casting. In other words, the new aluminum alloys would be available with the proper fluidity to make sure that the alloy wets the entire length of the mold, the properly formed mold, high conductivity, and desired yield strength when the cast solidifies. For more visit: https://www.kashishipr.com/