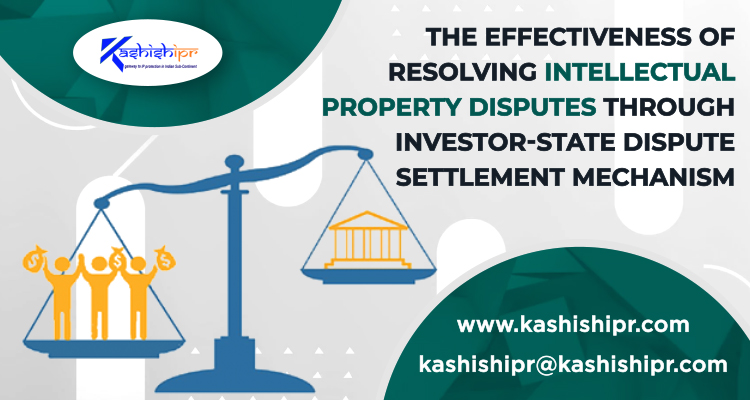 The vast multiplication of lawsuits and the delay caused by courts has resulted in the sprouting-up of newer avenues to resolve disputes. Of these many avenues, the recourse to the Investor-State Dispute Settlement (ISDS) mechanism can be counted as one of the preferred routes of conflict resolution when it comes to Intellectual Property Rights (IPRs). The effectiveness of this mechanism is what will be dealt with, in detail here, when it comes to the resolution of the conflict in terms of Intellectual Property (IP) matters.

What is the Investor-State Dispute Settlement Mechanism (ISDS)?

ISDS mechanism is a procedural instrument that facilitates an investor from a foreign state, i.e., the ‘home state,’ investing in another 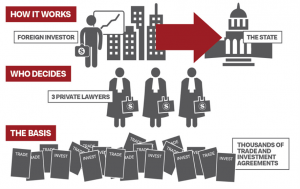 country, i.e., the ‘host state,’ to resolve any dispute arising from the agreed transaction. Such disputes could emanate from any kind of investment, including corporeal investment as well as investment from IPRs. The ISDS is found to be inclusive within many international trade agreements like the bilateral investment treaties, the multilateral investment agreements, investment contracts, etc. These proceedings are essentially arbitral and can be brought up only if both parties to the agreement/treaty/contract agree to the terms of the ISDS. It usually helps to address the concerns, which arise after the host country violates the rights of the investor from the home country as per the public international law. The same saves the time and effort of both parties by confiding in a neutral arbitration proceeding without relying on the decision of the domestic court of the host state.

How is IP treated as a Part of Such Mechanisms?

Since the 1960s, IPRs and Investment have been construed as being chapters of the same book. Much lately, IPRs have been treated as an ‘investment,’ and the same can be found to be a part of many International Investment Agreements (IIAs). They might not directly address IPRs, but often mention ‘intangible’ or ‘immovable’ property as a part of the transaction, which implies IP covering both industrial property and copyright. Investors are inclined to include IP as a substantial element to a transaction for its multifarious abilities and the many ways it can be leveraged. Let us look at some major milestones when we talk of IP and ISDS together.

A) From Where it all Began: The first bilateral agreement that treated IP as an investment was that between Pakistan and West Germany in 1959, followed by the Convention on the Settlement of Investment Disputes Between States and Nationals of Other States in 1965. 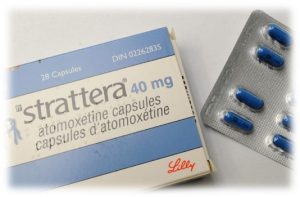 B) The TPP Agreement: Much recently, IP has been found within the Trans-Pacific Partnership (TPP) Agreement, which pushes entities to pursue ISDS while resolving IP disputes “to the extent that the issuance, revocation, limitation, or creation of IP rights is consistent with the TRIPS Agreement” as stated in its Article 9. However, the TPP is drafted in such a way that, at the same time, it also suggests that IP shall not be governed under the scope of ISDS by excluding certain provisions like compulsory licensing from its ambit. Therefore, a little more clarity on the issue is warranted.

C) Eli Lilly’s Case: Resorting to ISDS mechanism was witnessed in a widely known patent case filed by Eli Lilly, a pharmaceutical giant, against the government of Canada for invalidating its drug patents in accordance to the ‘promise doctrine,’ which was often used by courts to invalidate those patents that were inconsistent with the Canadian obligations under the North American Free Trade Agreement (NAFTA), Trade-Related Aspects of Intellectual Property Rights (TRIPS) Agreement, and Patent Cooperation Treaty (PCT). It prevented the patentee from securing investment. However, Eli Lilly could not succeed in its claims, even though it successfully challenged the IP regime.

A) Counting the Pros: The ISDS is being favored for many reasons. It is especially beneficial when the investor is investing in a country with limited judicial capacity or where the same is undeveloped due to socio-economic issues or due to its conflict-ridden atmosphere (armed/ political conflicts). It helps to stay away from unreasonable political risks and corruption.

It also has proven to be effective in cases where the public interest is at stake, for instance, issues concerning social equality, environmental protection, and today, even IP. Therefore, the scope is not limited to problems emanating from tangible and conventional properties.

Furthermore, when compared to domestic proceedings or dispute resolution offered by World Trade Organisation (WTO) or the protection under NAFTA, which do not allow private entities to sue national governments – ISDS is a good alternative to initiate such proceedings. ISDS is the only mechanism, which permits parties to litigate on internationally established IP rules and norms in the form of TRIPS Agreement or any other instrument.

B) Counting the Cons: Although it might tempt any investor’s nerves, it has become a point of debate amongst developed as well as developing nations because of the heavy burden imposed by the mechanism and its ability to regulate harmful conducts, including those committed by transnational corporations. Let us consider a few cons, which are mentioned as follows:

These are a few reasons why Indonesia and South 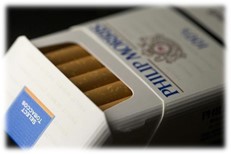 Africa have begun to discontinue such agreements in toto. It also undermines the sovereignty of the host country by introducing a ‘chilling effect’ on regulatory laws to control harmful conducts, which may include crucial issues surrounding IP like public health, environment, labor, etc. As already witnessed in Eli Lilly’s case, the investor could challenge the foundation of Patent Law by questioning the patentability criteria of Canada. Public health measures regarding the reduction of smoking among young smokers by changing the packaging were also challenged in the case of Philip Morris vs. Uruguay, against the Australian Tobacco Plain Packaging Bill.

ISDS may have its benefits; however, it does not come without drawbacks when we talk about IP as an investment.

Let us look at some measures that could be adopted to align IP policies and investment at a horizontal plane to balance all kinds of interest:

A) There should be an alignment of public health measures, IP, and investment regulations. Public international law does not give supremacy to human rights over trade norms. However, there should be a fair balance among the three elements. As also seen in the Philip Morris case where the company filed for Arbitration under the auspices of Bilateral Investment Treaty (BIT) with the International Centre for the Settlement of Investment Disputes (ICSID) stating that the use of the trademark on tobacco packets, if limited, could substantially damage the value of the company’s investment in Uruguay (host country). The Australian law also introduced dark packaging of tobacco products to limit attention to such products, which was seen again as hampering trade investments. India, the UK, Norway, to name a few, have similar laws in place. These requirements should be harmoniously construed when it comes to IPRs and investment rights not to harm public health and safety.

B) The Investor-State Dispute Mechanism should be used to the benefit of both parties. Like the Advisory Center on Investor-State Dispute, Geneva provides developing and least-developed countries (like Bangladesh, Brazil, Chad, Chinese Taipei, Colombia, Costa Rica, Ecuador, El Salvador, Guatemala, Honduras, India, Indonesia, Nicaragua, Pakistan, Panama, Paraguay, Peru, the Philippines, Thailand, and Vietnam) with free advice and training on WTO’s DSB mechanism, the same should be given its due importance for comprehensible resolution of conflicts.

C) There should be a provision to initiate appellate proceedings. The same would enable fair resolution of disputes and negate any possibility of bias and influence in any judgment that may have been arrived upon.

D) Since ISDS does not differentiate between IP driven investments in developing and developed countries, the same should be introduced since, in the absence of such differentiation, the prior mentioned could be deprived of the same benefits as are provided to the developed countries under their IP system in the home country. Certain IPs should be protected by accrediting the nature of protection they warrant, like, traditional knowledge and Geographical Indications require rigorous protection. The investor owes it not to the State or the intermediary only but also to the indigenous population, which is the source of such traditional art/product.

There is limited literature on the interplay of IP and ISDS mechanism, and therefore, it stands to witness the test of time. Many unresolved issues are surfacing the subject-matter at hand, which would ultimately decide on the relevance of such discourse, either in its favor or disfavor. The same includes the question like, can ISDS challenge domestic court decisions dealing with IPRs and can home states challenge the host countries for non-compliance of international treaties like TRIPS, etc. Although the answer is most likely to be on the dissenting side since it would seriously undermine the sovereignty of either state, it still needs to be figured out. ✅ For more visit: https://www.kashishipr.com/