The Interplay of Big Data and Intellectual Property Rights 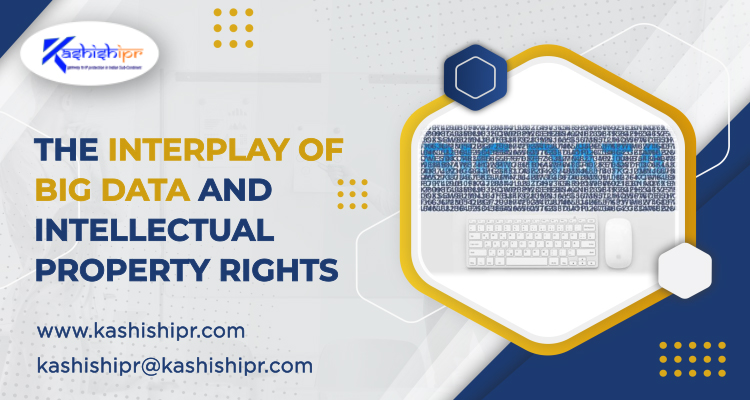 What is Big Data?

Big data is a relatively new concept that has created a greater conundrum in the realm of Intellectual Property (IP) laws. Big data refers to the large and diverse sets of information that can grow at an ever-increasing rate. Such collection of massive structured, unstructured, and multi-structured data is due to our constant interaction with smart gadgets and technologies like mobile phones, credit cards, televisions, computers, smart watches, etc. The digital universe is so large that it is said that big data is doubling in size every two years, and by the end of 2020, it is expected to reach 44 zettabytes.

Where does IP come from in the Said Scenario?

It is a popular saying that “if it is worth copying, it is worth protecting.” Therefore, the domain of big data cannot escape the interplay of IP laws in its administration and protection against third parties. 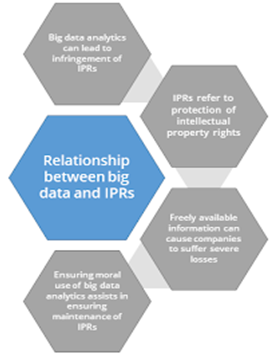 Generally speaking, IP laws safeguard the right of the proprietor of the original work or invention, including literature, inventions, logos, designs, etc. Since big data in itself cannot bear anything fruitful, it has to be analyzed to make useful deductions, which is where IP plays a crucial role. IP comes into the picture considering the patented hardware used to access, collect, and store data and the copyrighted software that helps to make deduction possible. Furthermore, once the deduction is made, it can result in patentable subject matter or assets, which can prove to be useful for the company and, in turn, be safeguarded as a trade secret.

Copyright comes into the picture since the law safeguards the computer software and programs that are used to collect and analyze big data. In most countries, such tools are used for data analytics that aid in mining, deleting, segregating, and transforming the data can be protected; for instance, Copyright Laws in Nigeria, India, and the USA. Also, the European Union has a Database Directive in place as an initiative to harmonize Copyright Protection offered to databases in all Member States alike. However, the software is protected if it qualifies the basic test for copyright, which includes the creator to project a certain degree of originality and fixation on a tangible medium. The standard of originality followed differs in different jurisdictions as some may follow a lower degree (Sweat of Brow Theory), while others may follow a higher degree (Modicum of creativity Theory) of originality.

However, copyright laws do not protect authorless works, for example, the works generated by the computer without the intervention of mankind. In some countries, like the United Kingdom, a more liberal approach is followed by granting authorship to that individual “who made arrangements for the creation of the work” in the case of computer-generated works. Also, the collection of raw data without selection or analysis would not qualify the work to be protected as a copyrightable work. 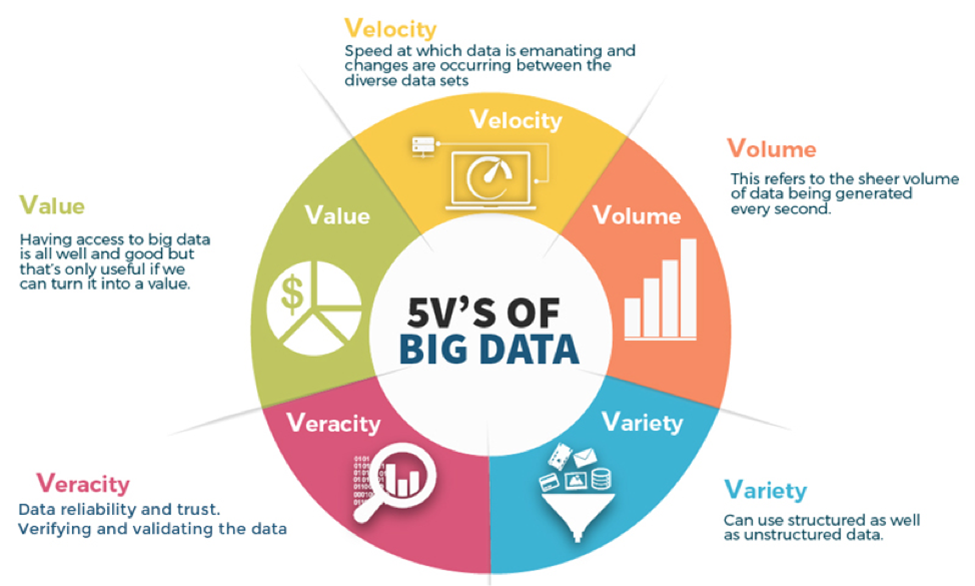 The complication from a practical point of view arises as it is difficult to select or arrange Big Data primarily because of its sheer volume, veracity, value, variety, and velocity (the 5 V’s of big data) and also because it is almost always automatically generated in a segment from varying sources, which introduces the need of case-to-case analysis of whether an invention about the said subject-matter shall attract copyright protection or not.

Although big data in itself is not patentable; however, the algorithm and software program may be brought under the purview of the law. Algorithms are essentially those elements that focus on how the ‘small’ data is turned into big data and then later into intelligence. Furthermore, the content generated from big data cannot be patented in general; however, where the same is capable of providing a commercial edge through expressing it as an invention, which is inherent novel and can be applied for industrial use for the company seeking to enforce its rights, it may be protected as a patent. For example, if a particular analysis from big data deduced a particular method of carrying out a business that may be useful in a given commercial sector, then such a business method can be patented. Consider, for example, the case of Commissioner of Patents vs. RPL Central Pty Ltd, wherein the claimed invention was the computer, which was used to assess the qualifications of applicants for a vocational training course. The Court distinguished between two different activities – that is, using a computer to merely carry out a scheme or plan in which the computer only acts as an intermediary and secondly using the computer in a way, which improves its functionality or solves a technical problem beyond the computer’s normal use (might be patentable). The Court held that: “Putting a business method or scheme into a computer is not patentable unless there is an invention in the way in which the computer carries out the scheme or method.”

Therefore, individual components of technology that have specialized functions are more likely to be patentable. However, seeking patents in such inventions derived through computer-generated works can be a complicated equation since works produced by unsupervised artificial intelligence are not a patentable subject matter. The same may challenge the traditional notions of Intellectual Property Rights (IPRs).

The impact of big data on Patent Rights is such that the rate of growth of prior art and the access thereof will increase through the use of big data. It would mean that the rate of inventions to which a patent can be granted will decrease, and consequently, the area of technology that is patentable will simply decline since the speed at which patents are granted is slower than the rate at which data is generated.

Analyzed and deduced data, which are derived from big data, can be safeguarded in the form of trade secrets provided they qualify the check-list including the following components:

One of the biggest advantages of big data being safeguarded as a trade secret is that what may not be protectable as a patent, like individual ingredients or elements of a particular data, maybe protectable through trade secrets by the application of contracts and technological protection measures. Therefore, it doesn’t differentiate between different kinds of data and their applicability. These days, the air transport industry, the health industry, and the music industry are using contracts as a means to safeguard their data relating to fares and booking, clinical outcomes, and track records, respectively. The only disadvantage lies in the fact that it cannot prevent the competitors from reverse engineering but only against instances where someone has obtained the said confidential information by illegitimate means (for instance, through spying, theft, or bribery).

Although assets emerging from big data may be governed under either of the IP laws, there are new challenges introduced in the realm of IP laws while elaborating the scope of these laws. Automation, as well as assets emerging from big data, will need a new outlook from the legal standpoint to justify such creations and resolve ownership issues. It would be interesting to observe the recent developments in such light, but until then, trade secrets may act as a crucial tool to safeguard the rights of proprietors emerging from the creation of such assets. ✅ For more visit: https://www.kashishipr.com/